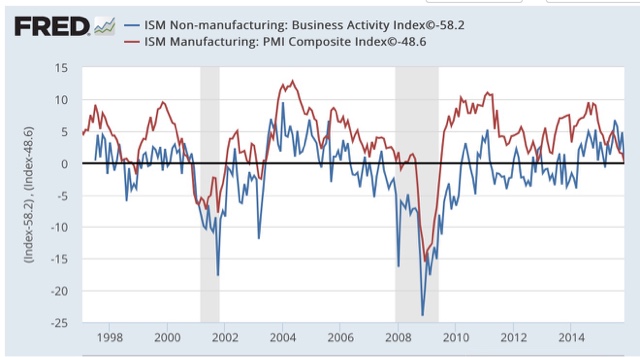 Since the 2000 recession is the closest analogue to our current situation -- an industrial slowdown triggered by a strengthening dollar -- obviously there is some cause for concern, and the US$ bears watching exceptionally closely.  At the same time, today's reading like yesterday's motor vehicle sales confirms that the consumer part of the economy continues to outweigh the industrial weakness.
Posted by New Deal democrat at 11:55:00 AM