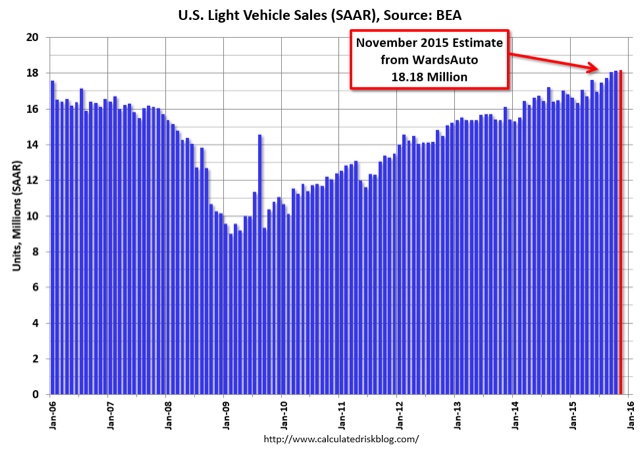 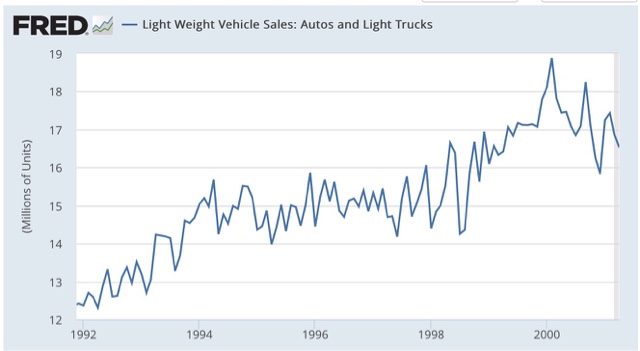 If the global downturn were being imported into the US via the stronger $ with sufficient force to cause not just a more pronounced slowdown, but an outright contraction, it would show up in fewer vehicle  purchases. We're simply not there.
Posted by New Deal democrat at 8:39:00 AM