This morning the final monthly report on housing for March, pending home sales, was reported by the NAR.  The index was up 3.4% m/m (its best showing in 4 months) but remains down 9.7% YoY:

So, with the first three months of 2014 in the books, how do we stand?  Below are two graphs. 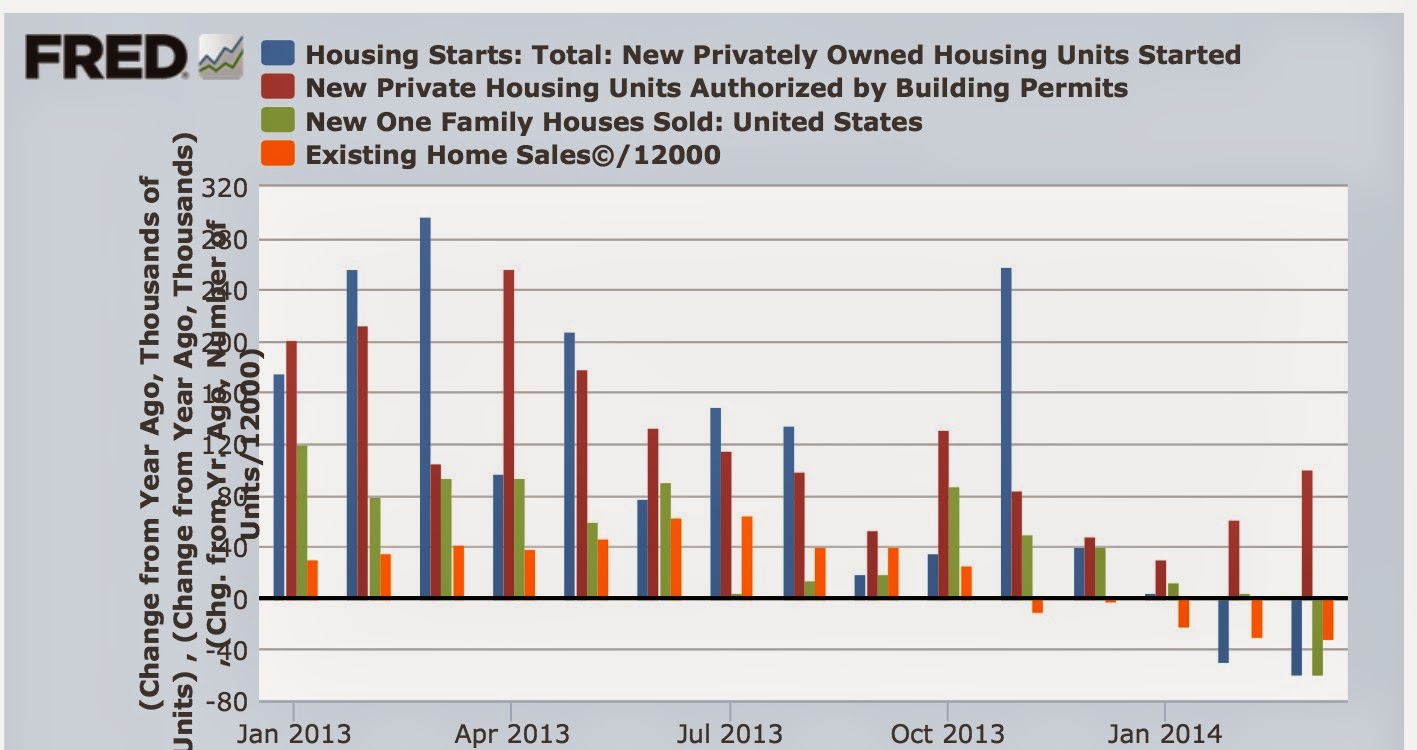 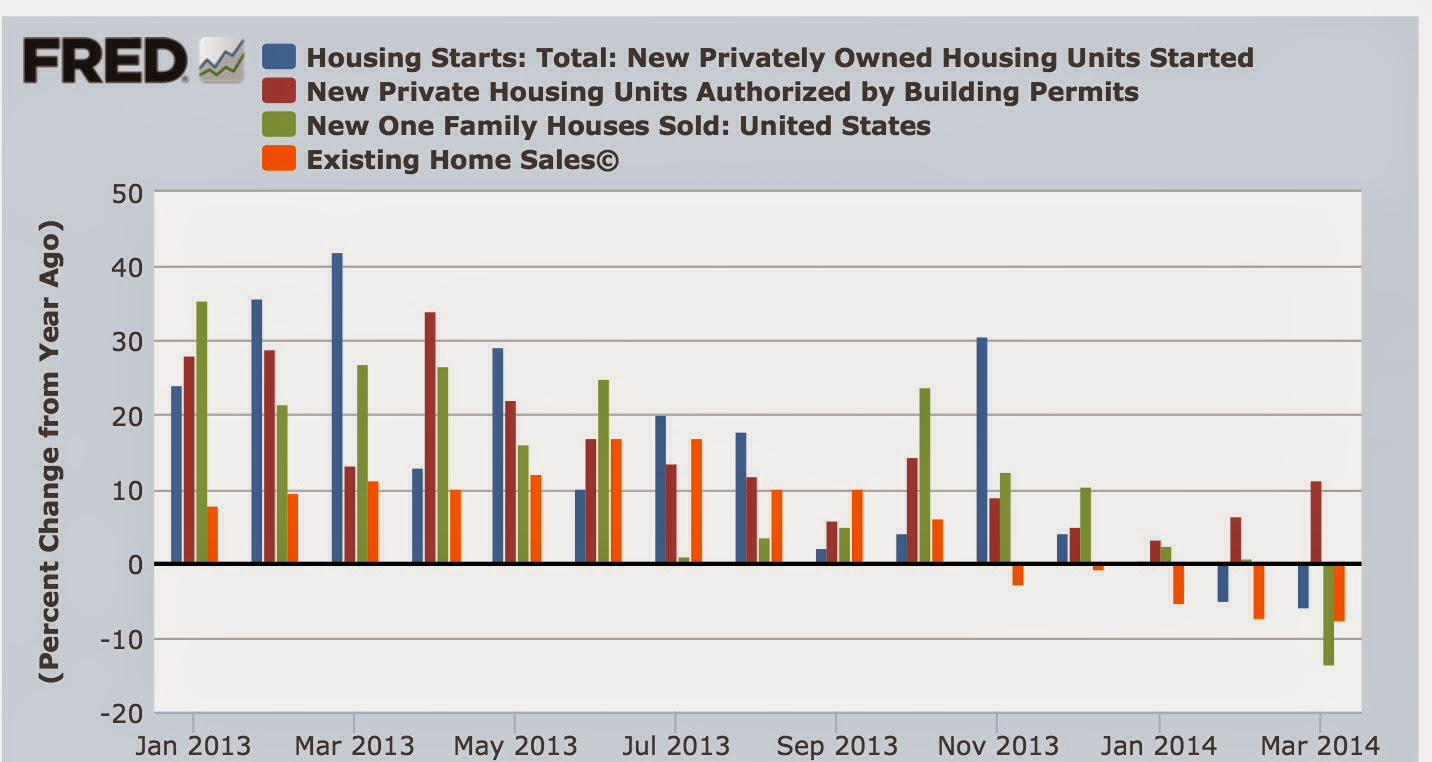 Both of these graphs show the clear deceleration in the housing market through 2013 and further into March 2014, to the point where 4 of the 5 monthly reports have turned negative YoY.  The strongest metric is housing permits, which has rebounded over the last two months from a +3.3% YoY reading in January to a +12% YoY reading in March.  Nevertheless, the graphs make clear that except for permits, deceleration has turned into outright YoY decline.

Bill's forecast of 20% annual growth will take a real reversal of momentum of most of the metrics (housing starts and sales will have to be up about 25% on average YoY for the next 9 months), although there are some individual months where there are some easy YoY comparisons.  Obviously I am expecting some further deterioration, concentrated between now and mid-year.

Initially after I made this forecast, most people seem to be either surprised by or ignoring the housing slowdown.  While the horrible March new homes number in part reflects the volatility of that series, it seems to have served to concentrate economic minds on the sector now.