As I pointed out below, that the employment population ratio has increased while the percentage of the population in the labor force has decreased seems like a good thing, suggesting that the reason for the decrease is moving more and more towards Boomer retirements.  Part of that may be that Boomers who want to retire can now enroll under the ACA, and don't have to wait for their Medicare eligibility.

I thought I'd look at a metric Paul Krugman has examined from time to time, in order to avoid the confoundment of the data by Boomer retirements; namely, the employment to population ratio of 25 to 54 year olds.  And I got a surprise: 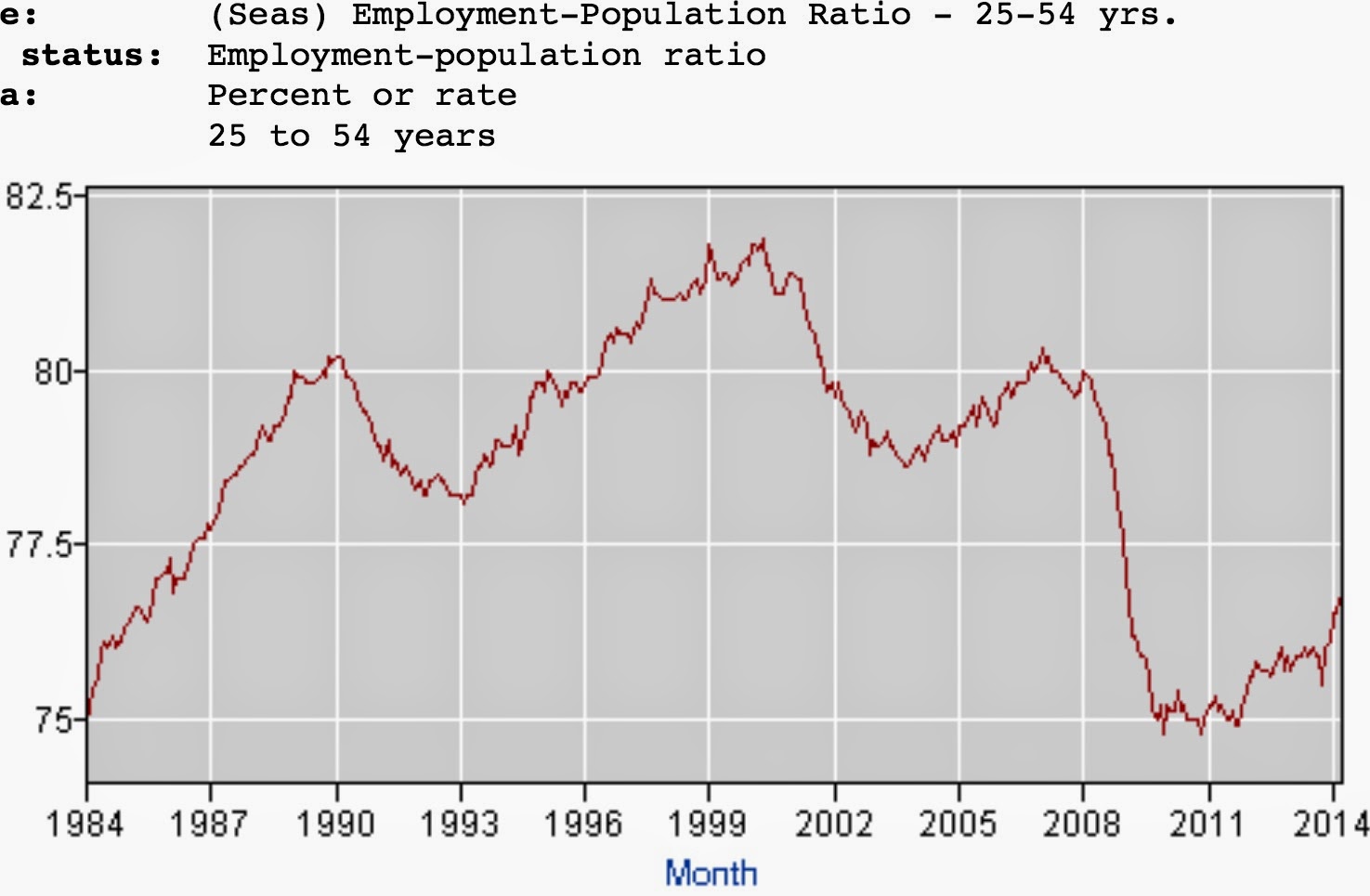 Since last October, the employment to population ratio in this age group has increased from 75.5% to 76.5% (in March, it was actually higher at 76.7%).

It is now higher than it was at the beginning of 1985.  It has made up about 1/3 of its Great Recession decline.