Two  signifiant arguments contra my contention that housing demand will actually decrease at least for awhile YoY this year are that (1) there is a lot of pent-up demand, and (2) interest rates at 3% are still low so there shouldn't be that much of a reaction.

Fair points.  But this isn't the first time that there has been pent-up demand for housing in an era of low interest rates.  While the statistical series aren't identical, they clearly show that there was a huge housing bust during the Great Depresssion, that lasted through World War 2.  Then all the GI's came home in 1945 and got busy making babies. Boom!

And interest rates were low throughout the 1940's and 1950's, rising to no more than 3% until about 1957.  While the 10 year or 30 year treasury bond series doesn't go back that far, the archival series "long term US government securities" does: 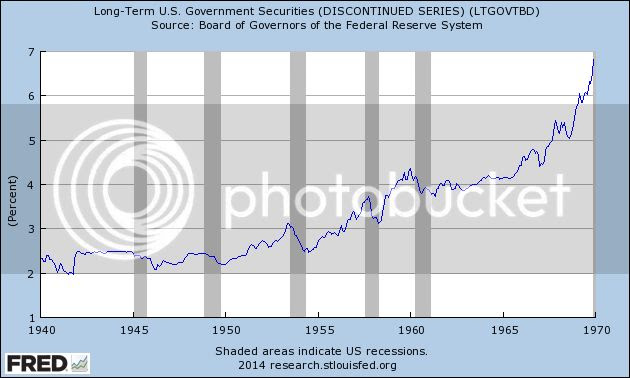 Note the series LTGOVTBD overlaps with the 10 year treasury series during the 1960's.  Here's the comparison of YoY% changes in each, to show how closely they correspond: 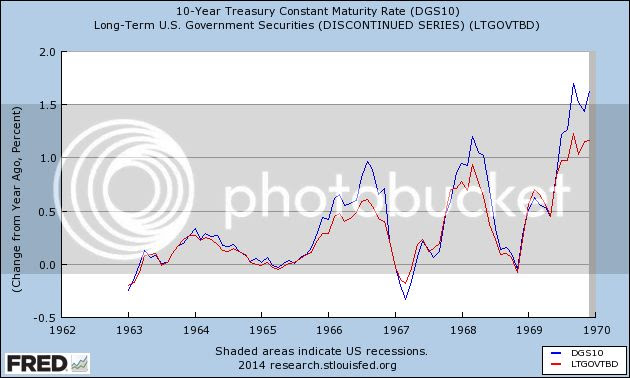 Similarly, the series "nonfarm housing starts" began in 1946 and ended in 1969.  Here is the YoY% change in each during their period of overlap in the 1960's: 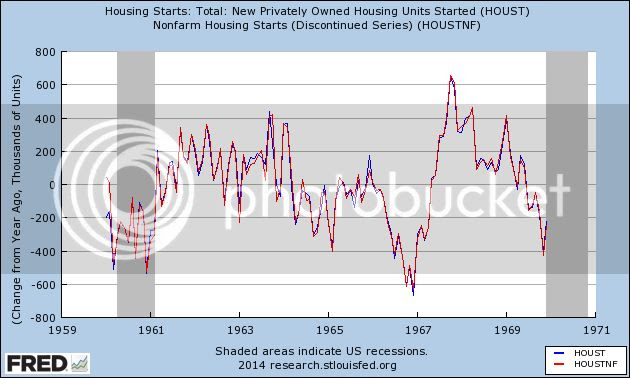 Now that we've established that the late 1940's and 1950's, like the present, were an era of pent-up demand with low interest rates, and we have two data series that will show us the correlation between changes in interest rates and housing starts, let's plot their YoY% change on a quarterly basis from 1946 through 1962 (I've already covered 1963 to the present): 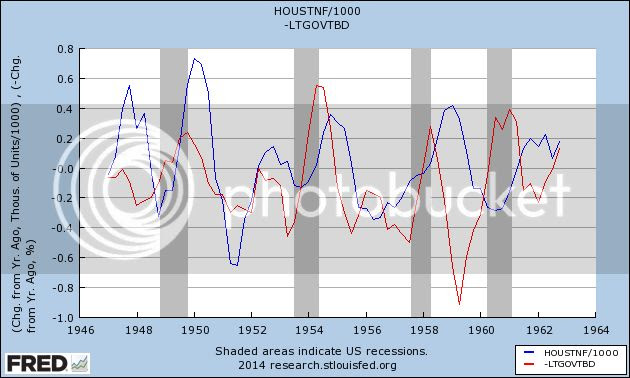 The argument against my bearishness is that minor changes in interest rates won't result in major changes in housing demand.  But in the post-WW2 suburban Baby Boom era, far from being muted, the changes were magnified.  A change of as little as 0.2% in interest rates was associated with changes of 200,000 or more in housing starts. On 5 of the  6 occasions from 1946 through 1962 that interest rates increased YoY, housing starts fell YoY, in each case by at least 100,000 units annualized (even in 1962, several months were negative YoY, although no quarter was).

So, could it be different this time?  Certainly.