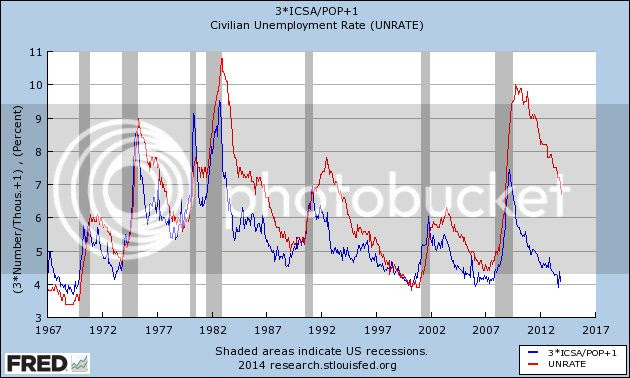 Thus, while we can quarrel about the reasons, the fact that the unemployment rate has continued to drop sharply over the last year, following the trend in initial claims, was not unexpected.

With initial claims near historical lows as a share of population, the issue becomes whetherr the unemployment rate can fall much below 6%, or whether the gap that opened up in 2009 will ultimately be closed.

I anticipate that the unemployment rate will continue to fall, perhaps at a somewhat slower rate, to about 6%, but have a very difficult time declining meaningfully below that level.
Posted by New Deal democrat at 8:00:00 AM