Let me be the first to say that, of the measures of the housing market, existing home sales are the least important, because they don't have the impact that new home construction has on the economy.
But, that being said, they typically move in the same direction as new home construction.

So, for the Doubting Thomases who think my forecast of a weakening housing market due to the rise in interest rates last year is off the mark, the title of this post states the simple facts.

For the second month in a row, existing home sales are less than they were a year ago.

For the second month in a row, existing home sales are down over -500,000 sales annualized from their July and August 2013 peaks.  November was off slightly more than 10%, and this month was -9.6% off that peak. 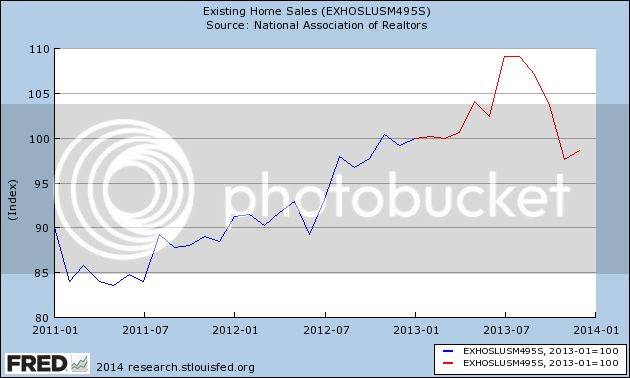 And here is the same data presented YoY: 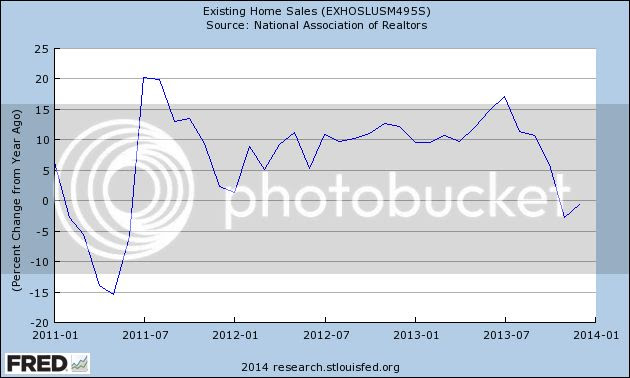 So far, only new home sales have not meaningfully decelerated.  Those will be reported next week.

Additionally, Bill McBride reiterated this week why he remains bullish on housing and accelerating economic growth in 2014.  He and I do disagree on what some of the facts mean, but I want to wait for next Thursday's GDP report before I explain why.