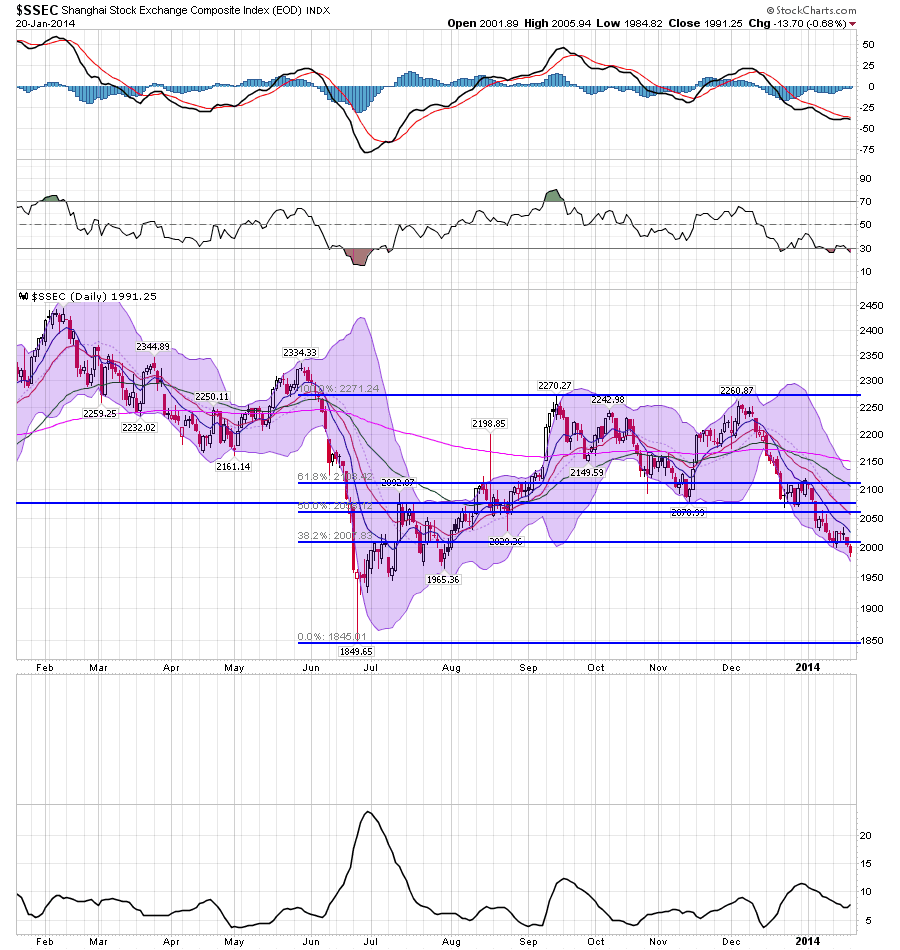 The Chinese market has been in a bit of a funk over the last nine months.  Prices dropped to the 1950 level in late June.  They rose to the 2260 level twice; once in September and once in early December.  But since early December, prices have been dropping.

The reason for the lack of any meaningful rally in China is the slowing growth picture.  On Sunday, we learned that YOY GDP growth slowed again to 7.7%.  While this is still high by developed world standard, it actually represents a decline from the Chinese story.  As a result, traders are sending shares lower.
Posted by Unknown at 6:49:00 AM