Uh oh: two hiring red flags (and one all clear)

In general, hiring seems to lead firing. In a slowdown, employers as a group stop hiring before they increase firing. Although the series has a very limited history, I've suggested that the JOLTS hiring series may be leading indicator. It ticked down in August, but more worryingly, it appears to be stalled if not rolling over: 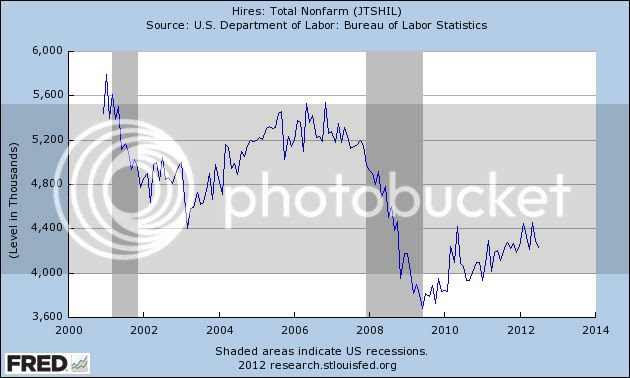 Hardly dispositive, since it also stalled on 2010. But another indicator that tends to lead is temp hiring, and the American Staffing Association's index has actually declined slightly over the last quarter: 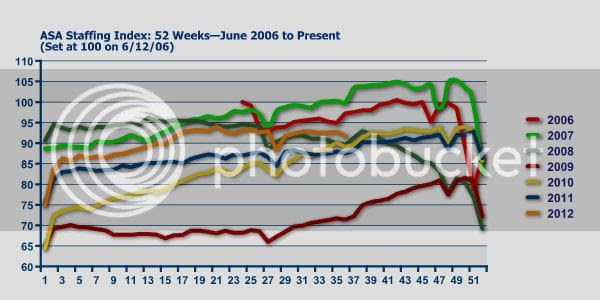 This series actually looks worse than in 2007, and more like 2008. Again, hardly dispositive, but indicative of a stall at least.

On the bright side, even with today's relatively poor jobless claims number, the trend line of continuously declining YoY% comparisons is intact: 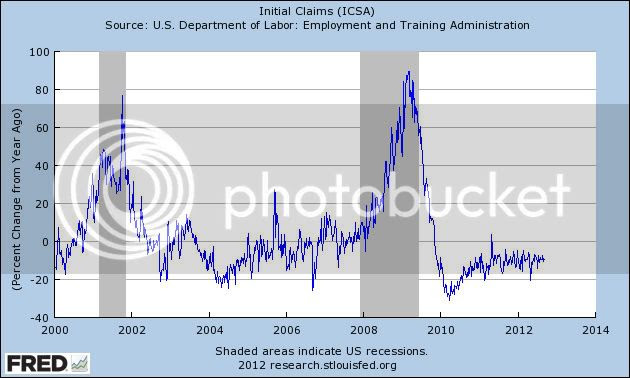