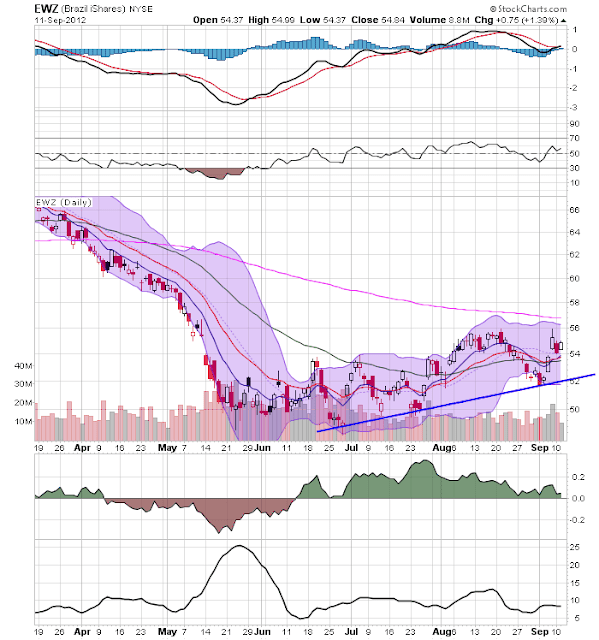 The Brazilian market bottomed at the end of May and has been meandering higher ever since.  However, this is not a strong rally; prices are inching higher and are still below the 200 day EMA. 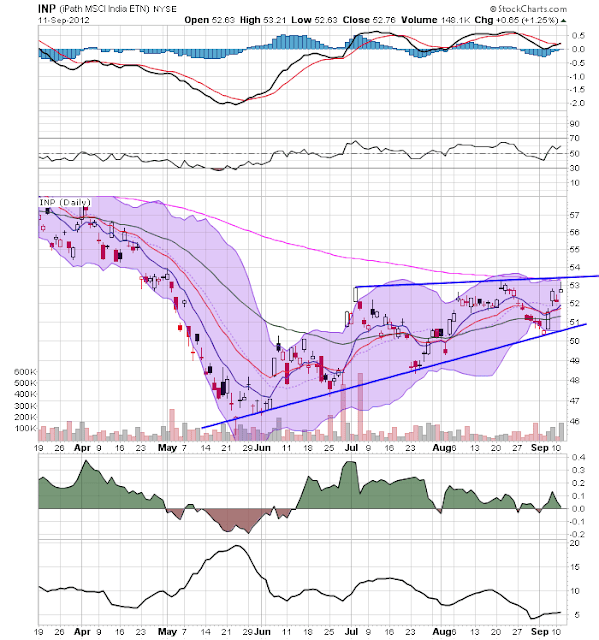 The Indian market also bottomed in May and has risen since.  This rally is a bit stronger -- prices have advanced about 15%.  However, prices are still below the 200 day EMA. 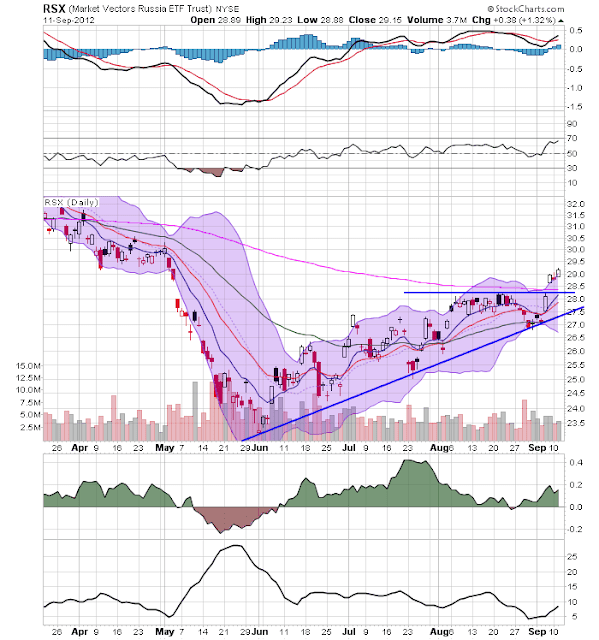 The Russian market is the strongest performer over the last three months of the BRICs.  Prices have advanced about 23.5% and are now over the 200 day EMA. 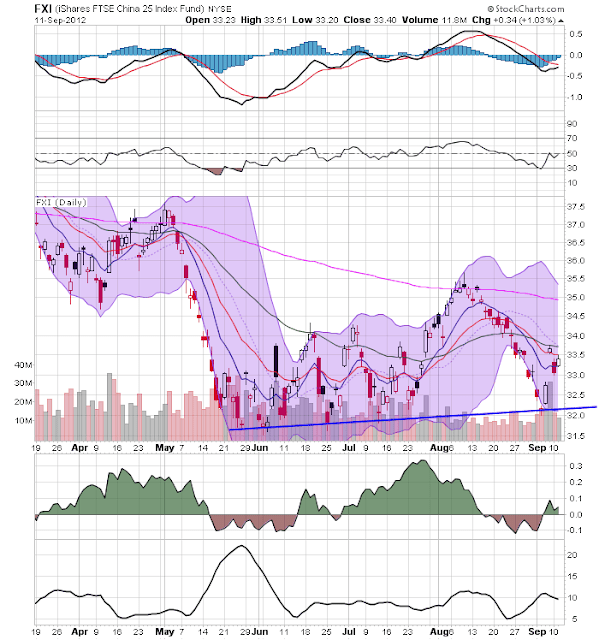 The Chinese market is still stuck at levels seen at the end of May.  Prices advanced to the 200 day EMA in early August and have since retreated.

Remember that the BRICs were the prime reason we got out of the recession as quickly as we did.  China ramped up spending, which gave Brazil a market for their raw materials.  India had stronger internal consumption but was also a source for outsourced service employees.  Russia had oil to export.

India and Brazil are right below their respective 200 day EMAs, so they could make a move soon into bullish territory, following Russian's lead.  But the Russian rally is probably tied to oil and anticipation of a higher price in oil rather than a robust economic breakout, leaving the other countries really holding the bag.
Posted by Unknown at 6:00:00 AM