Over the last week, we've had two important developments in Europe.  First, the ECB announced a bond-buying program.  This has long been rumored, but we finally got the announcement.  In addition, the German high court didn't rule against Germany's participation in certain stability mechanisms.  The combined effect of these two events was for the markets to breath a collective sign of relief and rally.

The German market was in an uptrend that started in early June.  However, over the last week, prices have broken through upside resistance and are approaching 6 month highs.  Note the volume spike that occurred a few days ago, along with the bullish MACD and CMF pictures.  Finally, prices are now over the 200 day EMA, with the shorter EMAs all rising. 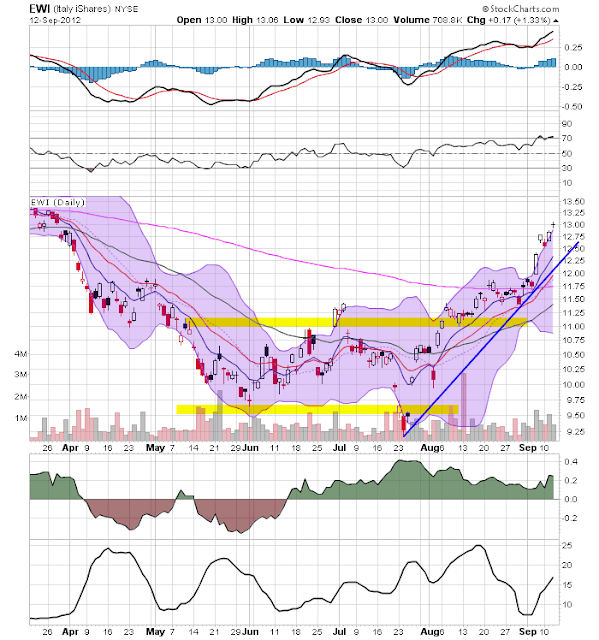 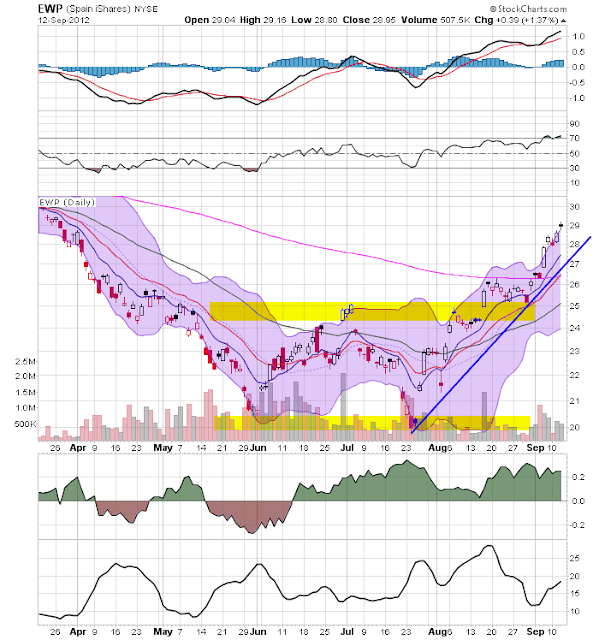 The Italian (top chart) and Spanish (bottom chart) markets both consolidated their losses over the summer and were meandering higher.  Note how both stalled right below their respective 200 day EMAs at the end of August.  However, the ECB announcement provided traders the ammunition they needed to rally the markets into bull market territory above the 200 day EMA.  Note the rising MACD, and strengthening of prices. 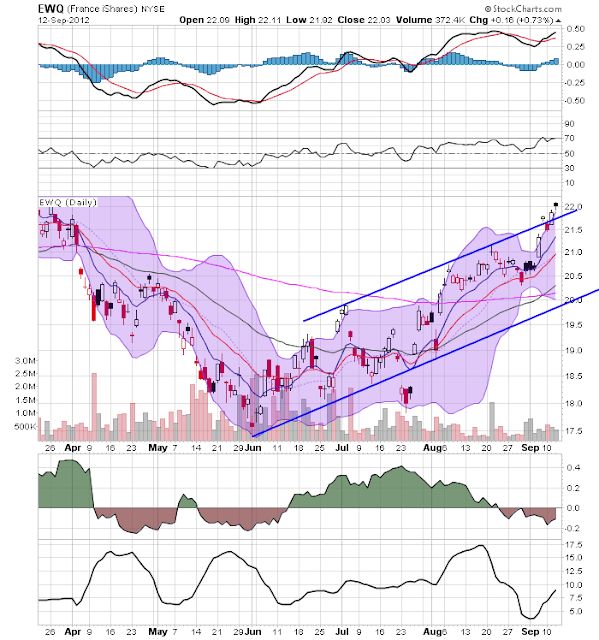 The French market was already above the 200 day EMA and in an upward sloping channel. However, it's important to remember that the new French government is now trying to balance a budget and running into difficulty. 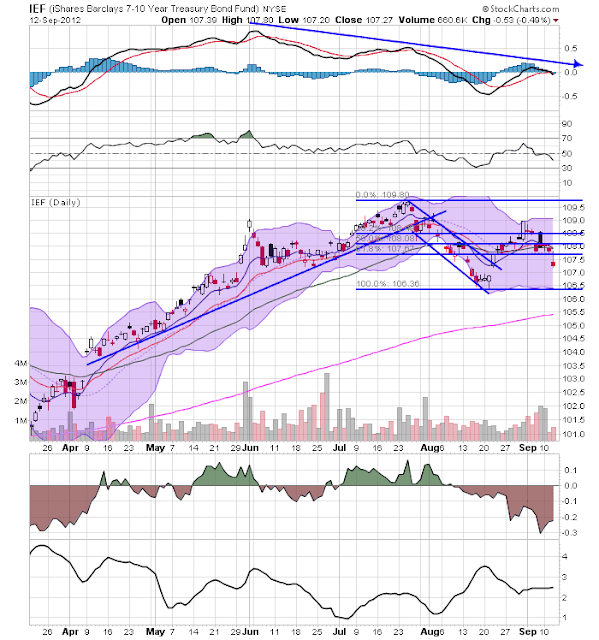 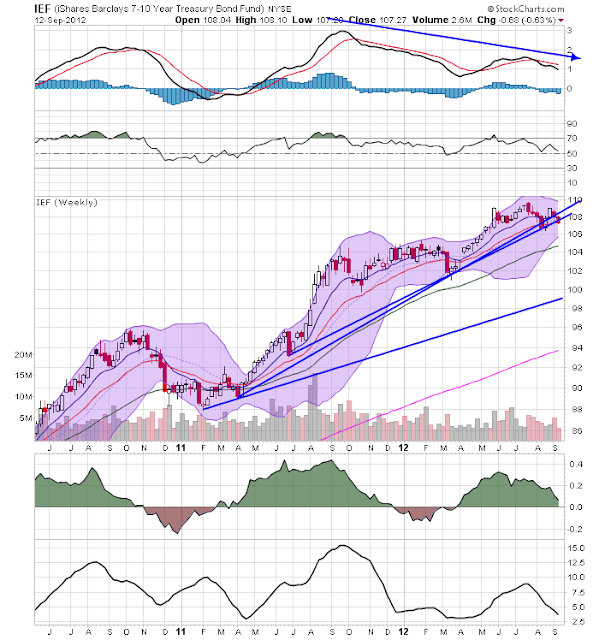 The US treasury market is moving sideways (top chart), trading between the high established after a long rally and lows from mid-August.  However, the top chart shows us that prices are right at longer-term support.  This is important considering that the Fed is about to (possibly) move into QEIII.
Posted by Unknown at 6:36:00 AM