Back in March I wrote that the pattern of consumer spending did not support a recession call, showing via graphs that in the past:

So, now that we have one more quarter's worth of data, what does the relative strength of the two consumer spending metrics tell us? Here's the updated graph: 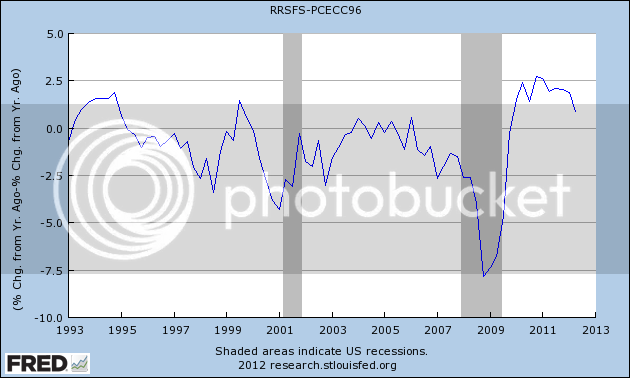 YoY growth in real retail sales still outstrips YoY growth in the wider category of PCE's.  At least as of the end of the second quarter, this metric still indicates an expanding economy.
Posted by New Deal democrat at 2:00:00 PM