Over the last few days, we've been watching the markets to see if the equity markets are going to start breaking out.  Let's take a look at the charts to get an idea for what's happening. 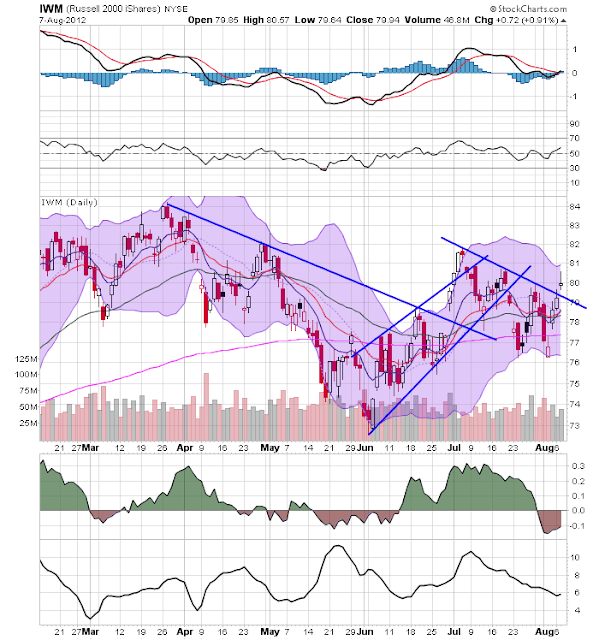 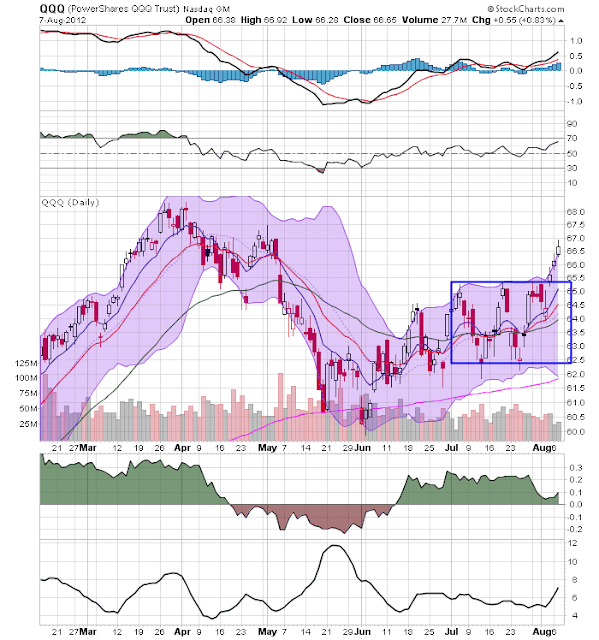 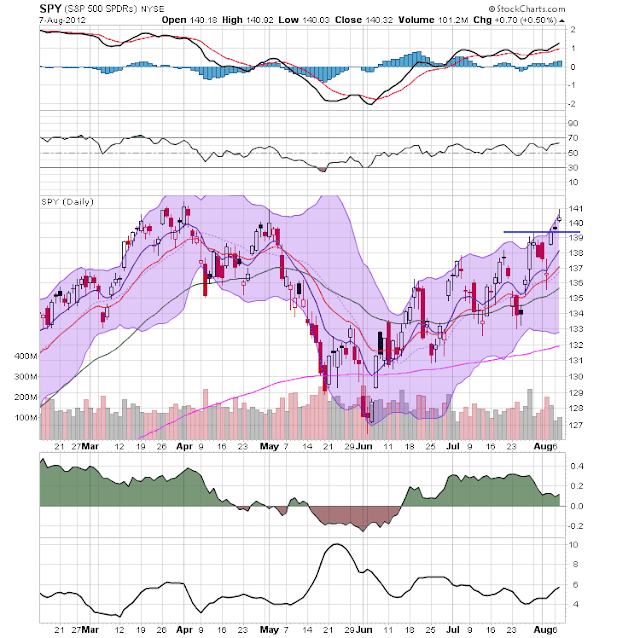 The IWMs (top chart) has broken out, but the candle is very weak and volume could be stronger.  On the plus side, the MACD is about to give a buy signal.  The QQQs (middle chart) are by far the best chart; they've printed several days of rising prices after a move through resistance.  The SPY's (bottom chart) have also moved through resistance, but, again, the bars are weak.

It's important to remember that there are ideal breakouts (those that only occur in texts and theory) and those that occur in real life in real time.  The good news is two charts (the QQQs and SPY) have moved through resistance.  The bad news is the charts aren't ideal.  That doesn't mean the move isn't legitimate, but it does mean we'd like to see a stronger move before saying this is a legitimate break.

Let's look at the treasury market to see if we're getting any confirmation. 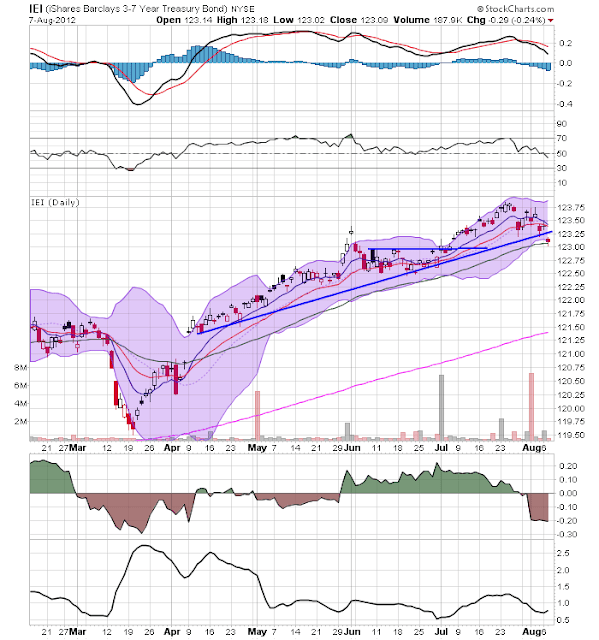 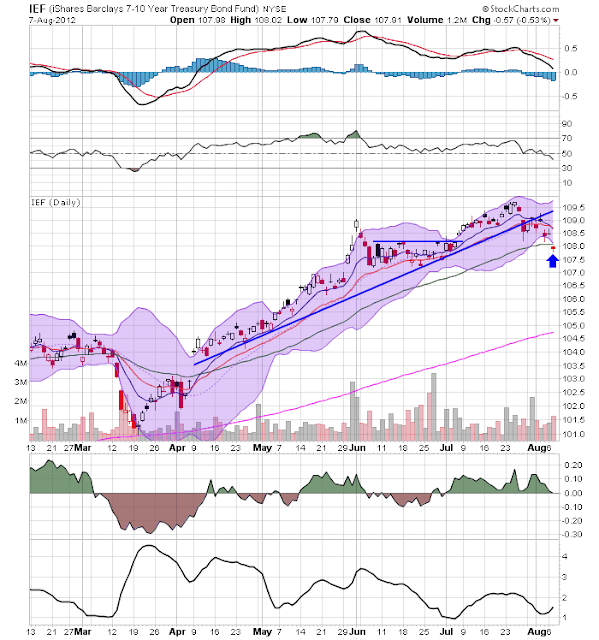 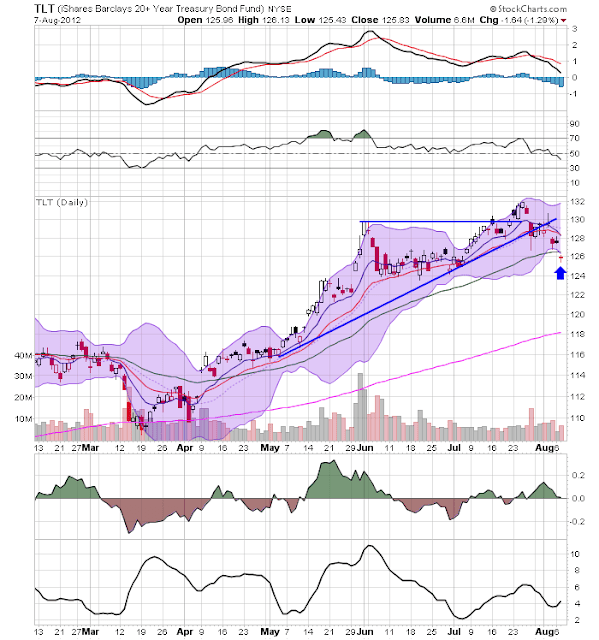 The IEIs (top chart) were above their trend line earlier in the week, but are now below it.  The IEFs (middle chart) have made another move lower, as have the TLTs (bottom chart).  Also note the continued deterioration in each respective MACD and CMF.

These three charts above add more credibility to the argument that the equity markets are moving higher.
Posted by Unknown at 6:00:00 AM