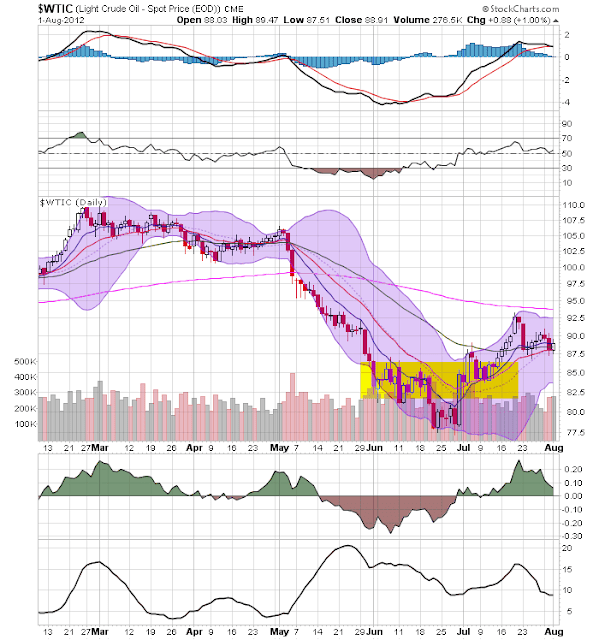 After rallying a few weeks ago, oil sold off near the 200 day EMA.  Now, prices are resting on the 50 day EMA.  Note the bearish developments in the technicals: the MACD is about to give a sell signal, while the CMF is dropping. 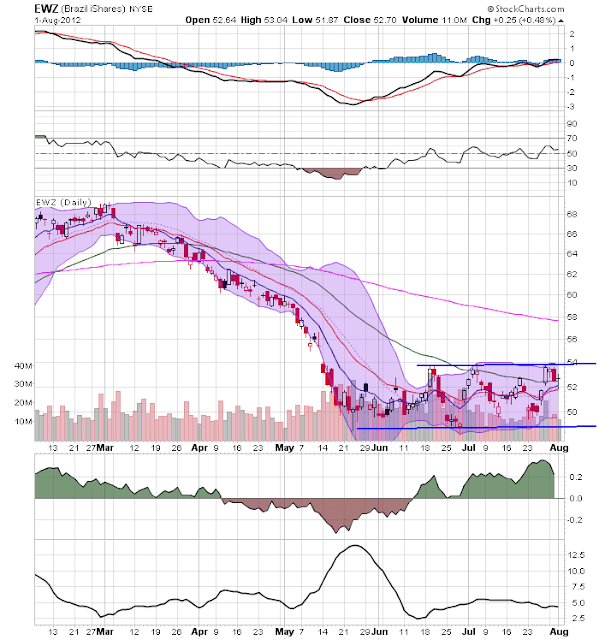 After dropping about 27.5% (from 69 to 50), prices in the Brazilian market has bottomed and is currently trading in about a 10% range.  Note the rising MACD and CMF, indicating both positive momentum and increased volume flow. 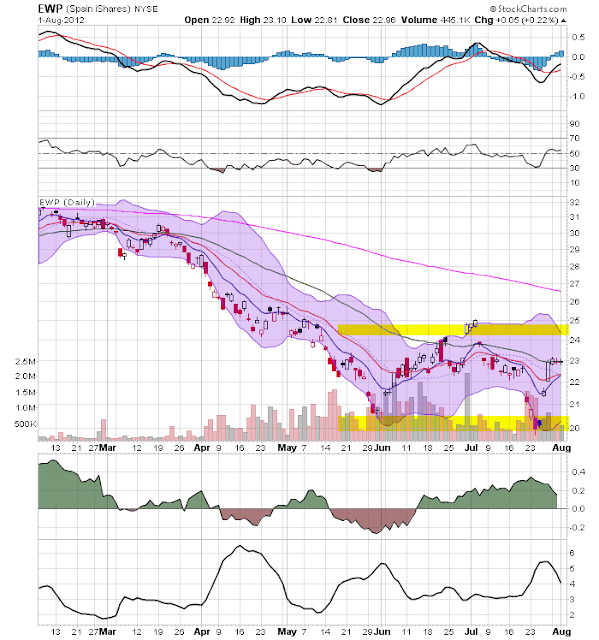 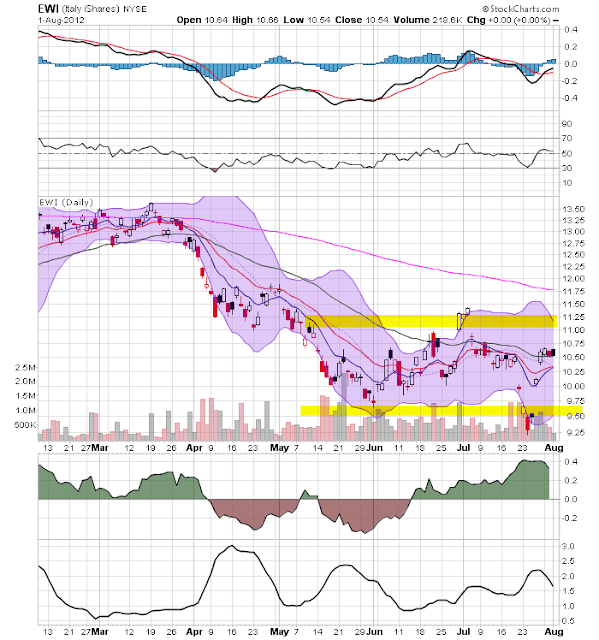 The Spanish (top chart) and Italian (bottom chart) markets are in the same position as Brazil's.  Both have bottomed after a fairly severe drop. 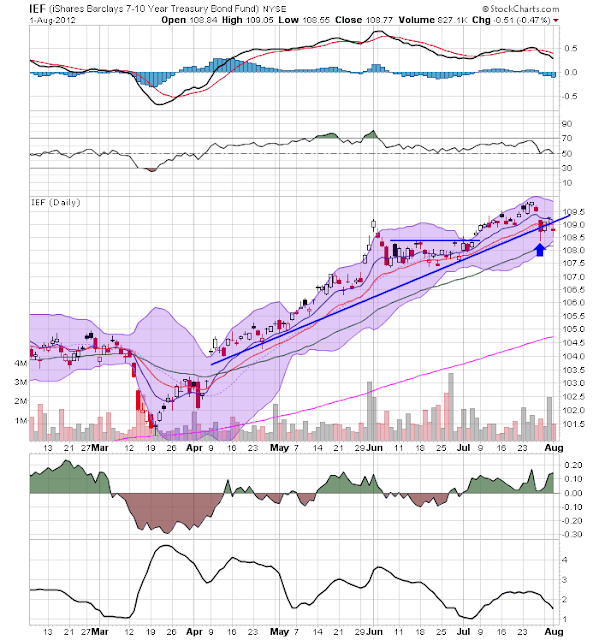 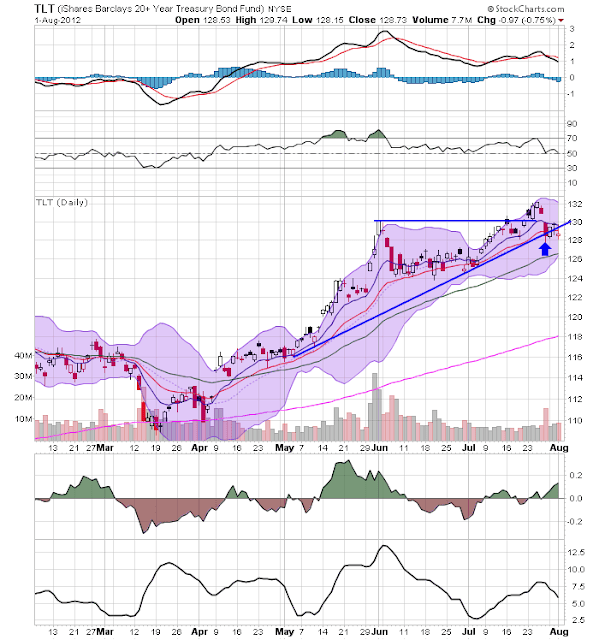 Both the IEFs and the TLTs are right at support.  A move lower will be a key development for the markets to move higher; it's more or less mandatory at this point.