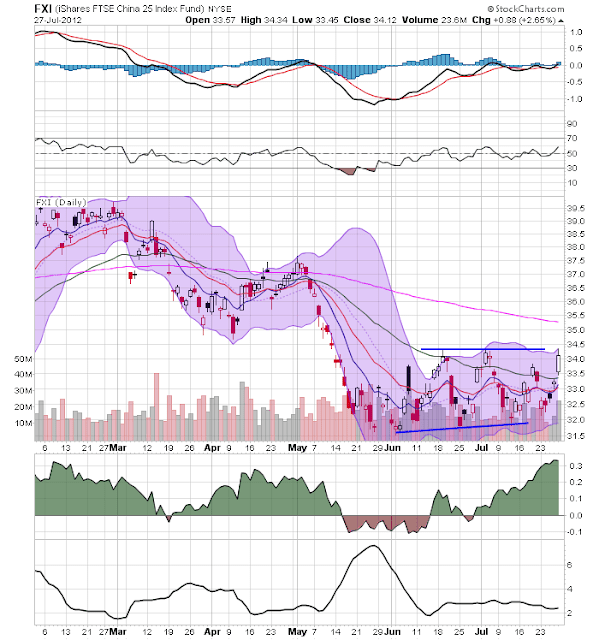 The Chinese market led the world lower, but now may be in a position to help the world markets break out of their weakness.  First, prices have been trading between 32 and 34.5 for the last month and a half.  Second, note the rising CMF -- a sign that money is moving into the market.  Third, prices gapped higher on Friday on strong volume.  Fourth (and this is  weak fourth point) the MACD has given a buy signal (but is has done so several times in the last month with no resulting rally).  The EMA position is still neutral to slightly negative. 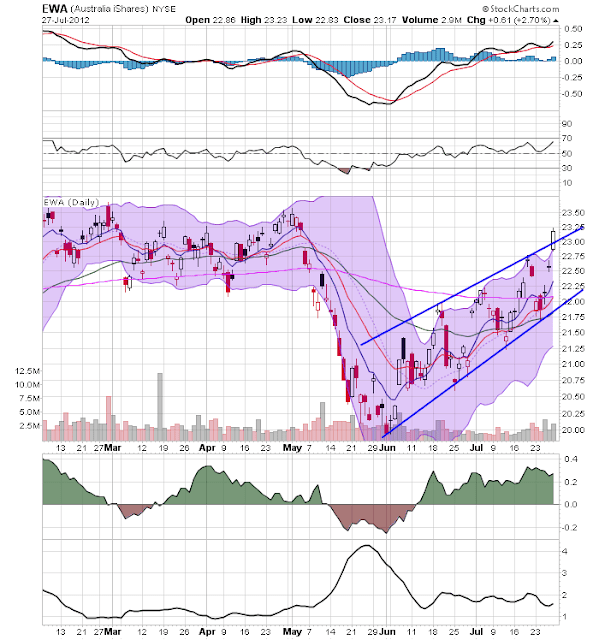 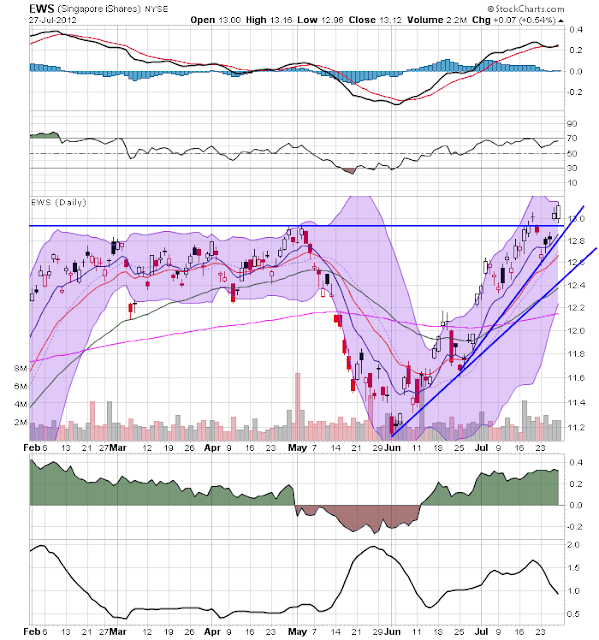 The Singapore market is already at six month highs, having rallied through resistance last week.  However, the MACD has tapered off over the last week, indicating some weakness might be ahead.  However, given the strength of the underlying fundamentals (rising CMF and EMAs, prices above the 200 day EMA) I would expect a profit-taking correction, rather than a sell-off. 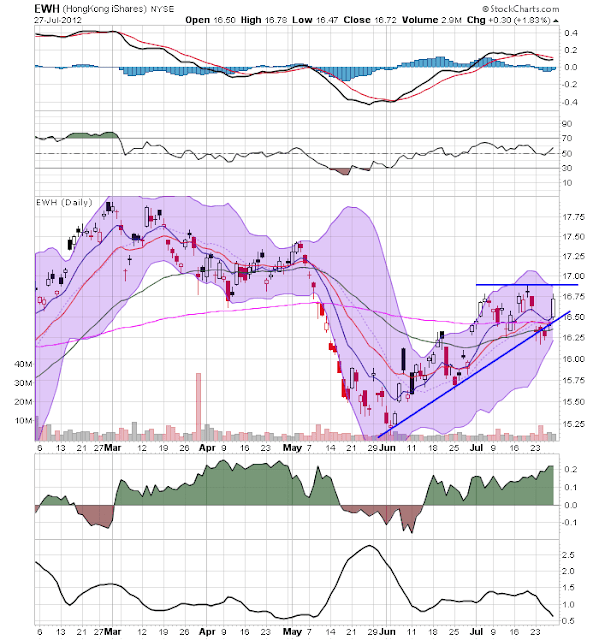 The Hong Kong market has risen from a bottom established in early June.  Prices are now above the 200 day EMA, and the shorter EMAs are caught in the 200 day EMA level.  We see money moving into the market.  However, momentum is weak. 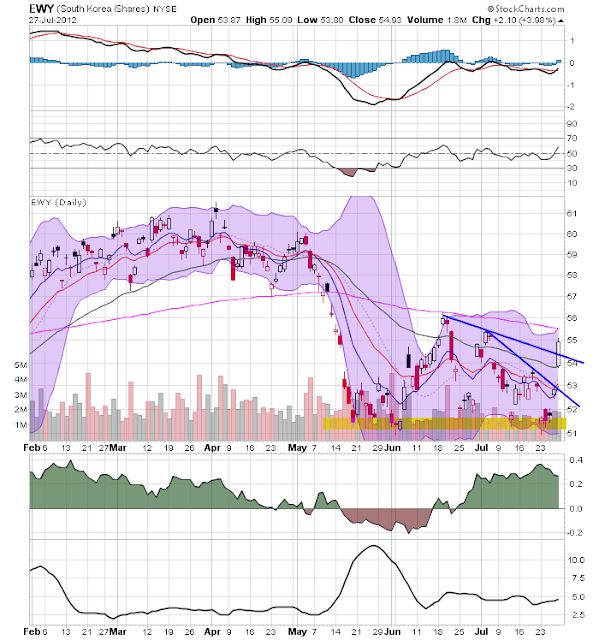 The South Korean market has twice tested the 51-52 price area over the last two months.  But on Friday, prices rose through two key resistance lines.  In addition, prices are now above the 10, 20 and 50 EMA, making the 200 day EMA the next logical target.  However, momentum is low and longer EMAs are moving lower.

Looking at these charts, there are a few points that stand out.

1.) Notice the strong CMF readings on all, which indicates volume is flowing into the market.

2.) All the momentum readings (MACD) are readings you'd expect from a market that is consolidating; all are moving sideways or slightly lower.

3.) Prices are now above all three, shorter EMAs.

I'm assuming the traders are thinking we'll start to see rate cuts from Australia and South Korea, along with some type of stimulus from China.