Let's start the holiday shortened week by looking at where we are in the market cycle. 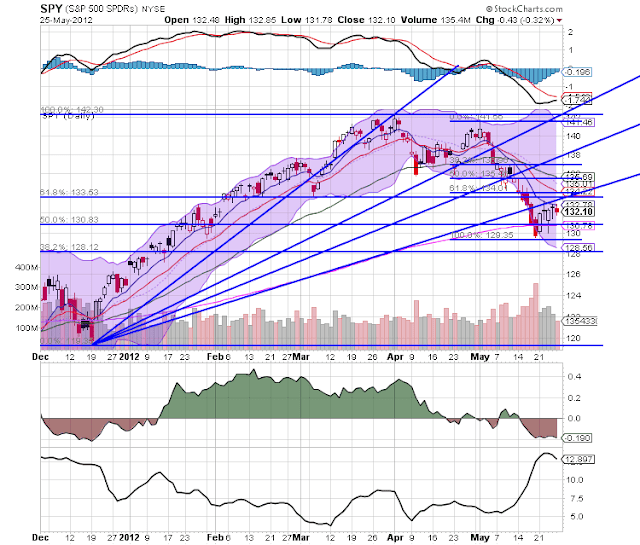 The SPYs have fallen from their latest high around the 142 area to the 200 day EMA and have rebounded from that level to the 132 handle.  Prices have found resistance at the 10 day EMA.  All the shorter EMAs are moving lower, the MACD is declining, the CMF is negative and Bollinger Band Width  is increasing, telling us that we're in a period of increased volatility. The relief rally of last week is characterized by 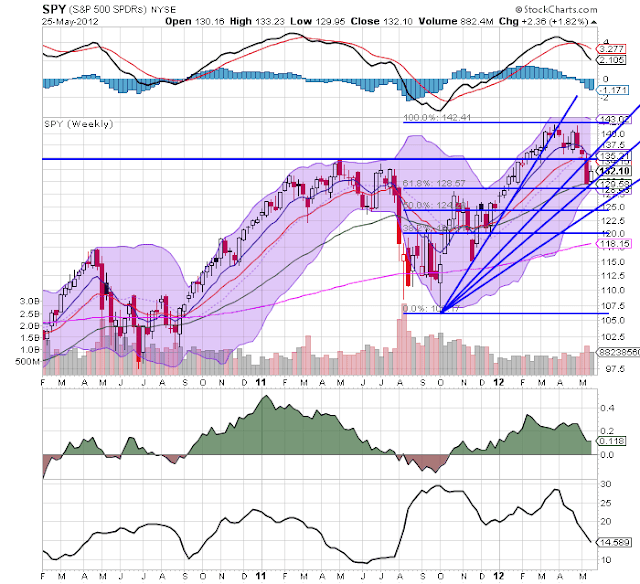 The weekly chart shows that prices have retreated from highs and are now at the 50 week EMA.  We see several levels of technical support established by Fib fans and retracements between current prices and the 200 day EMA. 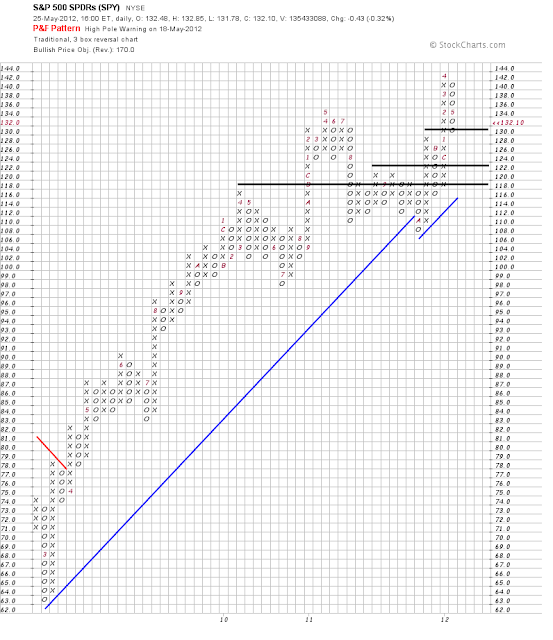 The P and F chart shows that the SPYs have price support at the 120 level -- quite a ways below current levels.

The equity markets are clearly in a correction phase as shown on both the daily and weekly charts.  While there are Fib levels on both charts, we don't see price support until the 120 level, which is cause for some concern. 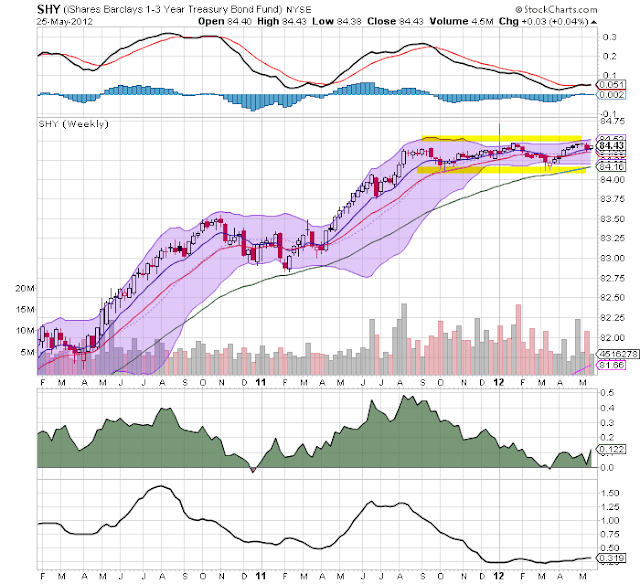 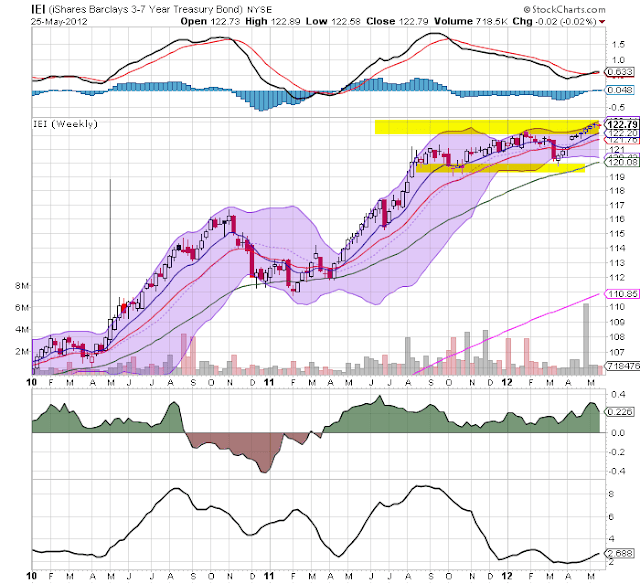 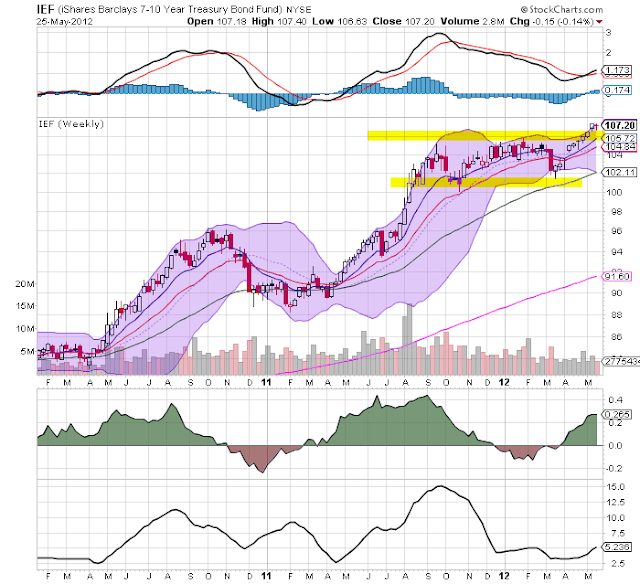 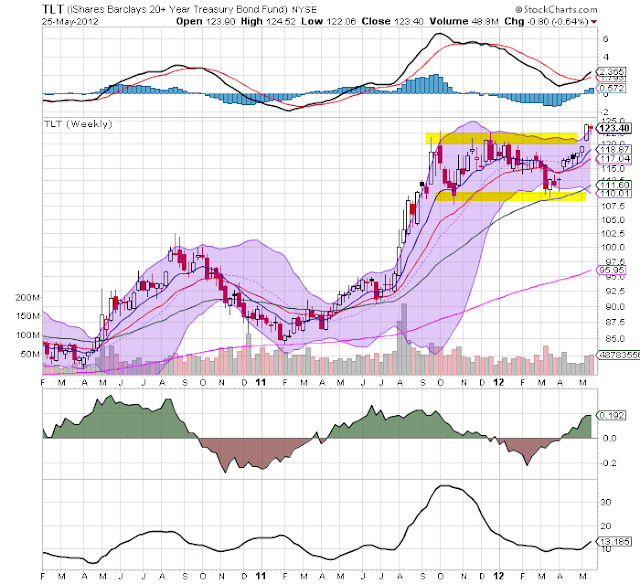 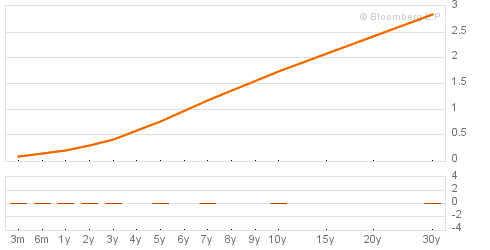 Basically, we're right back where we were last year at this time.  The EU has scared the hell out of the markets, sending equities lower and treasuries higher.