Given yesterday's sell-off, let's check in on the US averages to see where we are in relation to key levels 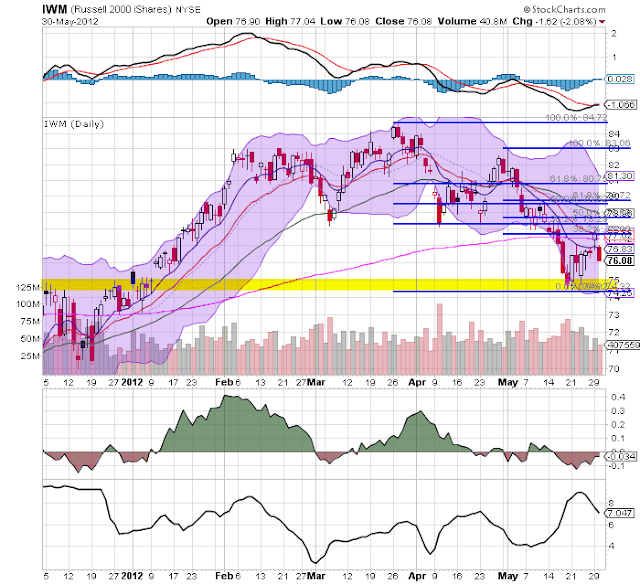 The IWMs are the worst off -- which is to be expected as they're the riskiest of the averages.  However, prices are only down about 10% from their highs in late Market.  Prices are under the 200 day EMA.  They recently formed a relief rally, but hit resistance at the 20 day EMA.  The most important level here is the 74.25 level; a move below that make the next logical price target a bit above 70. 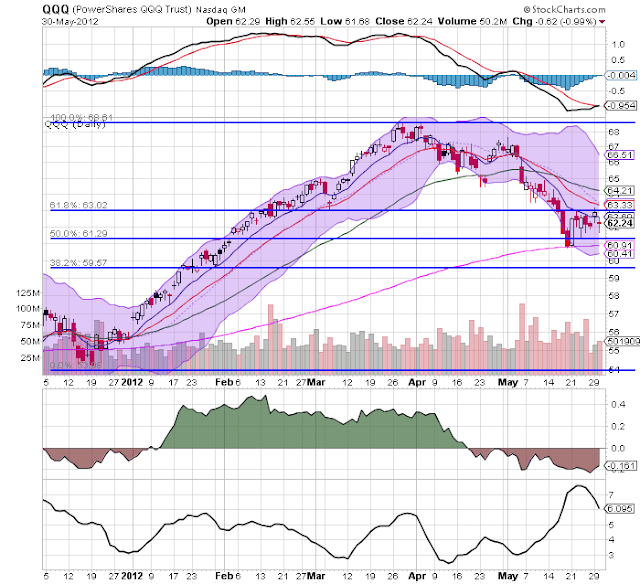 The QQQs found support at the 200 day EMA -- which was also just below the 50% Fib level.  Right now the big technical support is to be found at the 200 day EMA; a move through that level would lead to the 59.50 level being the next logical level of support.  Also note: the QQQs have only dropped about 10.5%. 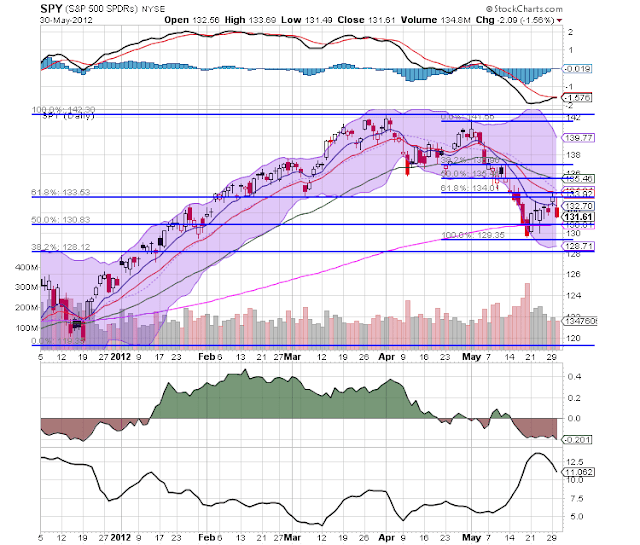 The SPYs are right above the 200 day EMA.  Like the other averages, they rallied over the last week, only to drop yesterday.  However, the SPYs have only dropped about 7.75% from their highs. But, like the QQQs and IWMs, we see a deteriorating technical situation: declining MACD, negative CMF and increased volatility.

Two of the above averages have hit the "correction" level -- a drop of 10% or more.  However, the SPYs are still lagging that drop. 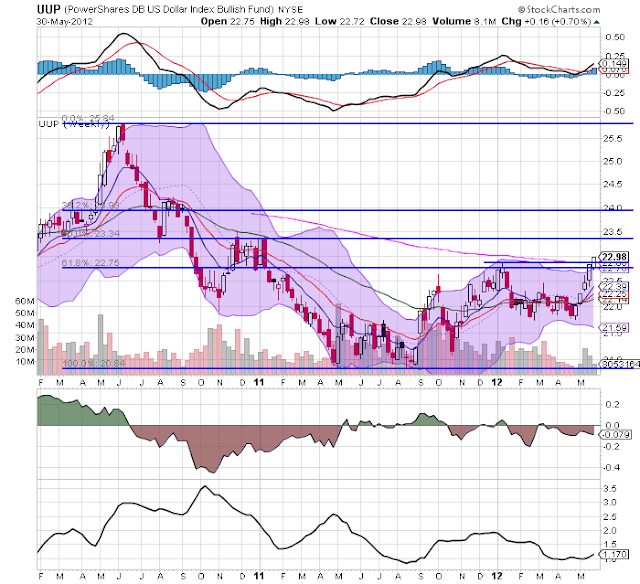 The dollar has moved through the 61.8% Fib level of the long, 2010-1012 sell-off.  Prices have also moved through the highs established at the beginning of the year and the 200 week EMA.  The dollar is benefiting from the safety trade as traders flee the euro.  The next logical price target is right below the 23.5 level.