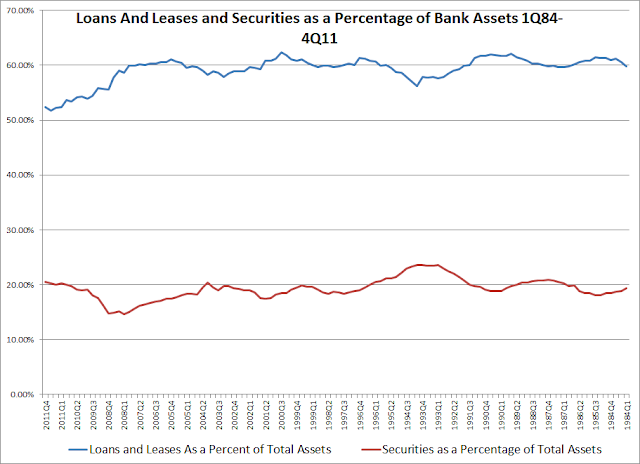 The above graph shows the loans/leases and securities as a percentage of total bank assets.  Like other FDIC charts, you need to read this one right too left.  However, we see a few interesting points.

1.) Simply eyeballing the chart, we see that loans typically total about 60% of total bank assets and securities/investments typically comprise about 20% of total assets.

The above chart indicates the following in happening.

1.) Banks are letting bad loans run off the books.
2.) Banks are increasing their securities portfolios of take advantage of the interest rate spread and rebuild their capital. This is also a far safer play; if banks invest in high quality bonds, they'll simply take the yield differential as profit as a way to rebuild capital.