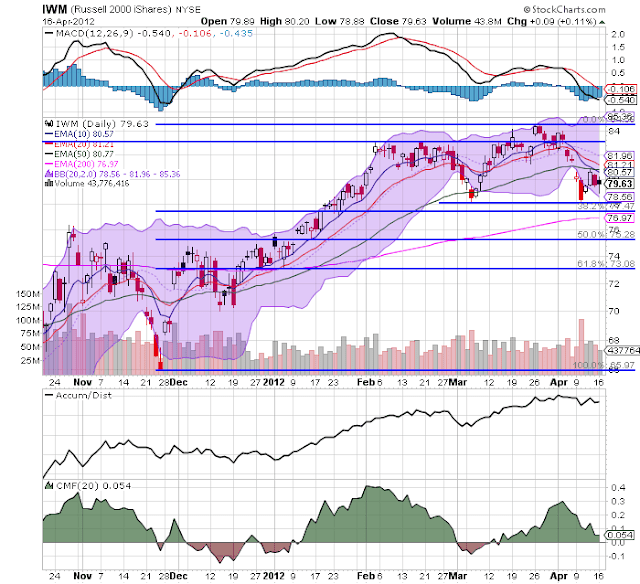 The Russell 2000 is one of the indexes that has caused me concern for the last few weeks.  It didn't really get seriously beyond previously established resistance around the 83 level and also had declining momentum.  Now, prices have support slightly above 78, which is also just above a Fib level. 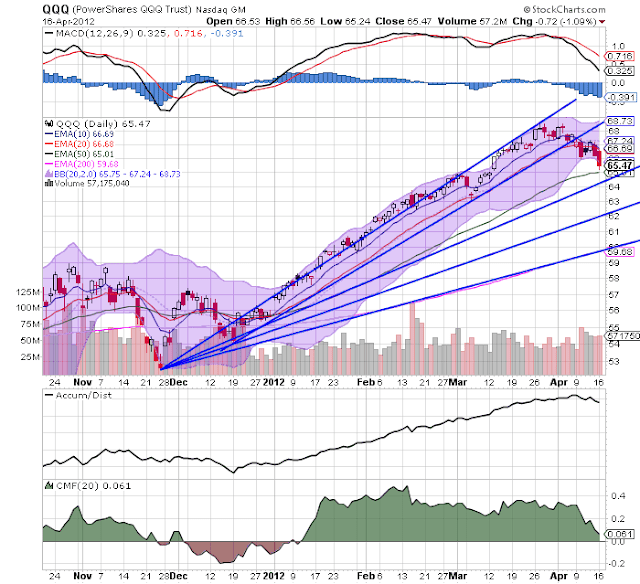 The QQQs have also broken trend and are now targeting the 50 day EMA for support.  The shorter EMAs are moving lower and momentum is declining pretty strongly.

The QQQs have led the market higher, so their sell-off is very important from a technical perspective. 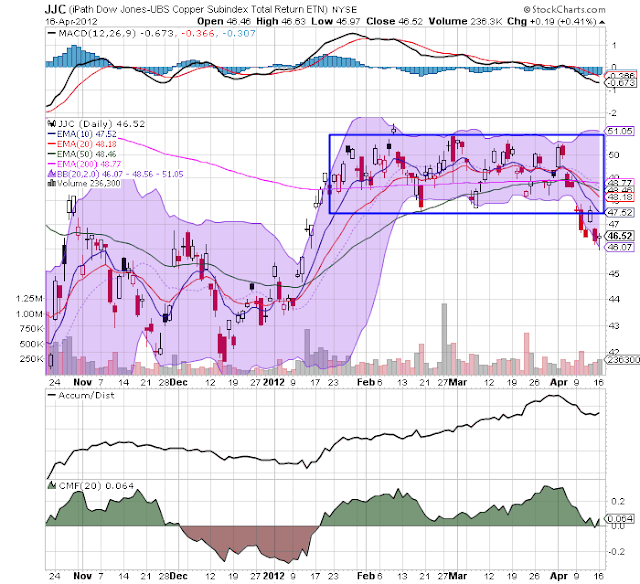 The copper ETF -- which was in a trading range between 41.5 and 51 -- is now moving lower.  Prices are below the 200 day EMA and near a three month low.  The shorter EMAs are all moving lower and momentum is weak. 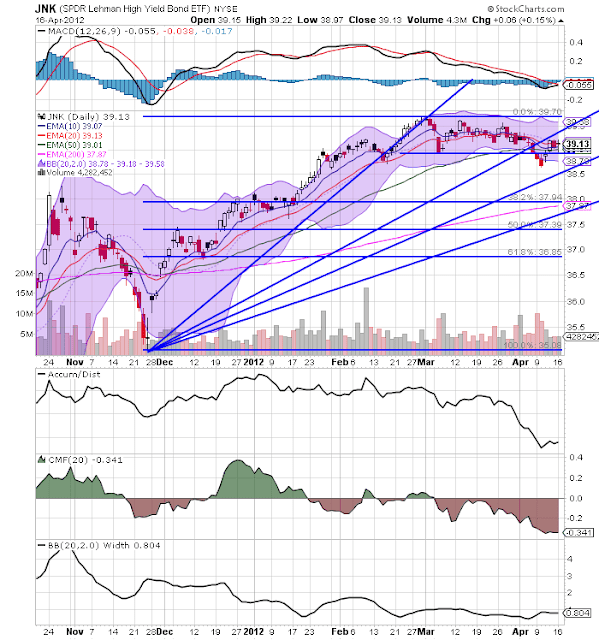 Interestingly enough, the JNK ETF has not sold off, indicating that the need to chase yield is still strong.  However, the 40 price level is still offering a fair amount of support, despite the declining momentum.  But -- also notice the declining volume indicators, which tells us that traders are moving out of this market.  I wouldn't be surprised to see a move lower on this average based on the declining technicals. 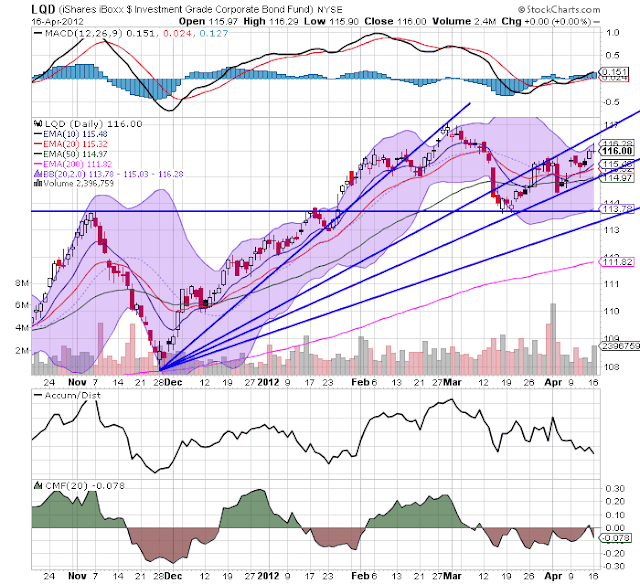 The high quality bond fund has risen from just below the 114 level to a little over 116.  Prices are trading between two Fib fan levels.  Again, this chart tells the importance of yield in the current environment.