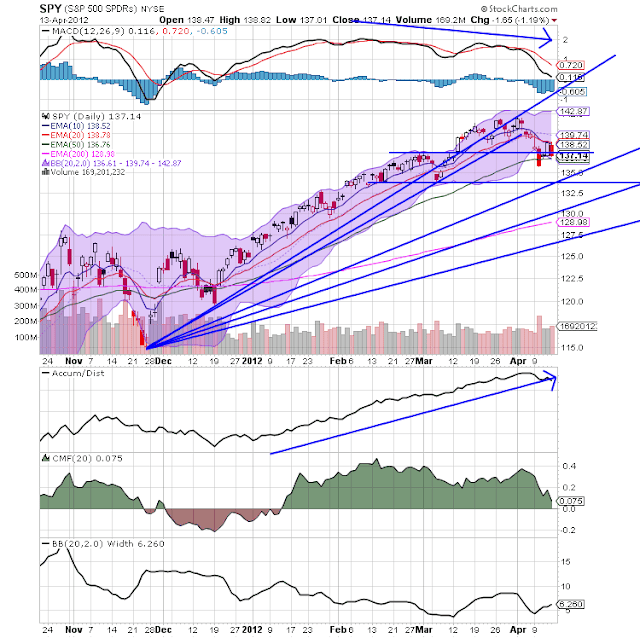 A fairly disciplined sell-off has started in the markets.  After topping out around 142, the SPYs have moved lower to 138.52 -- but this is only a drop of 2.45%.  The shorter EMAs have tuned bearish; the 10 and 20 day EMA are moving lower and the 10 has already crossed below the 20.  Note how the MACD signaled this decrease beginning in late March as it hit a lower peak than early February. 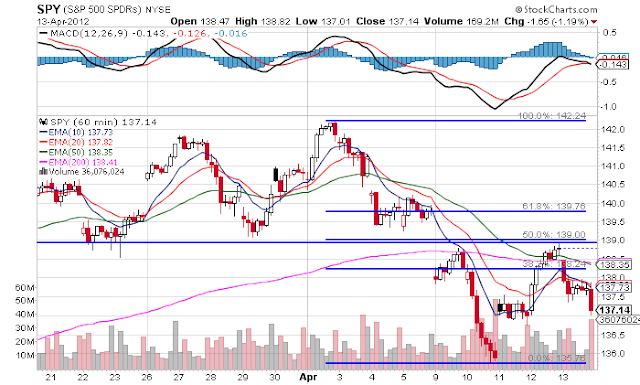 The 60 minute charts places the action into clearer focus.  In April, the SPYs have fluctuated between 142.24 and 135.76.  After hitting lows on April 10, the market rallied to the 50% Fib level at 139 -- which also corresponded with price points established in late March on the 22 and 23.  However, prices sold off on Friday, and ended with a big volume spike on downward price movement. 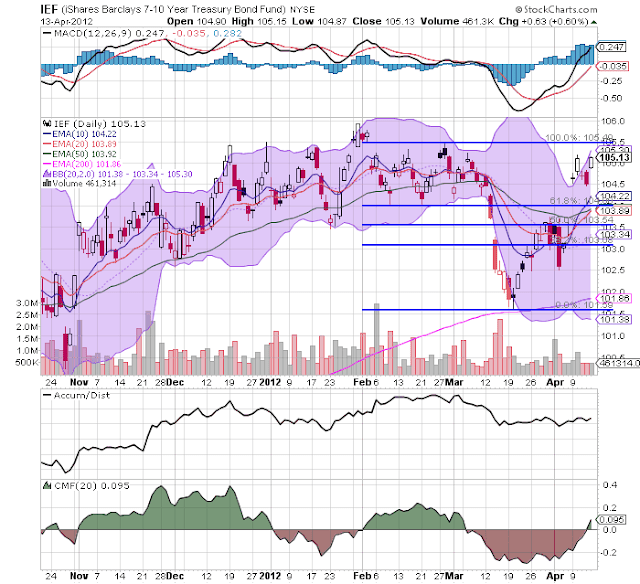 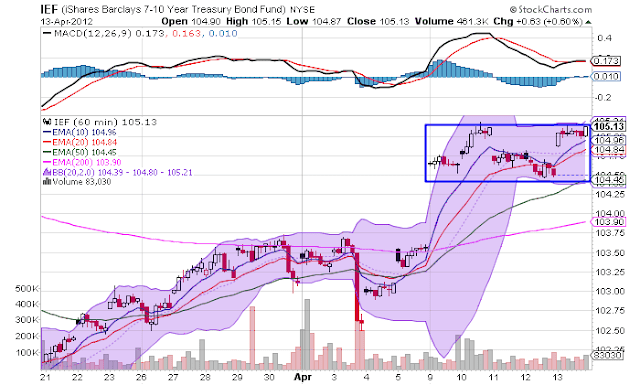 The 60 minute IEF chart shows that after gapping higher on Monday, prices traded in a fairly narrow range between 104.40 and 105.18.

So, what we basically have is an equity sell-off and a rush of assets into haven assets -- hence the rise in treasuries.  This is fairly typical and is to be expected. 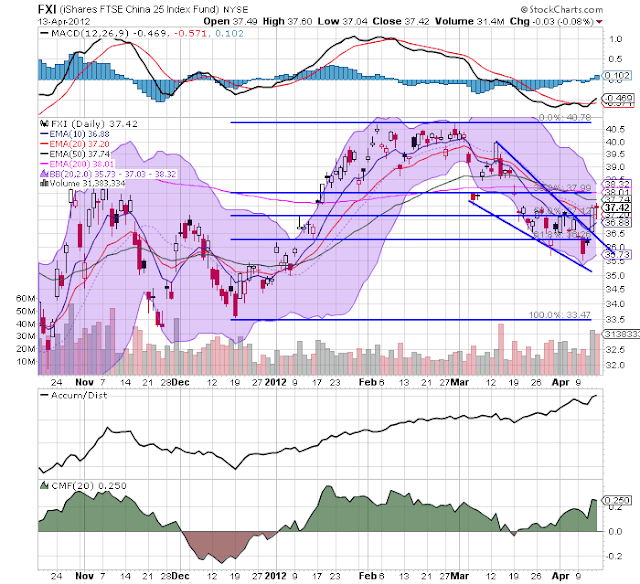 Let's assume the Chinese market is still leading the US market.  In that case, the US market could be looking at a rebound.  On Thursday, the Chinese market broke through resistance largely because of a decent GDP report.  However, prices have fallen over 10% and there is a fair amount of technical resistance on the upside.  Most importantly, prices are still below the 200 day EMA, signaling a bear market. 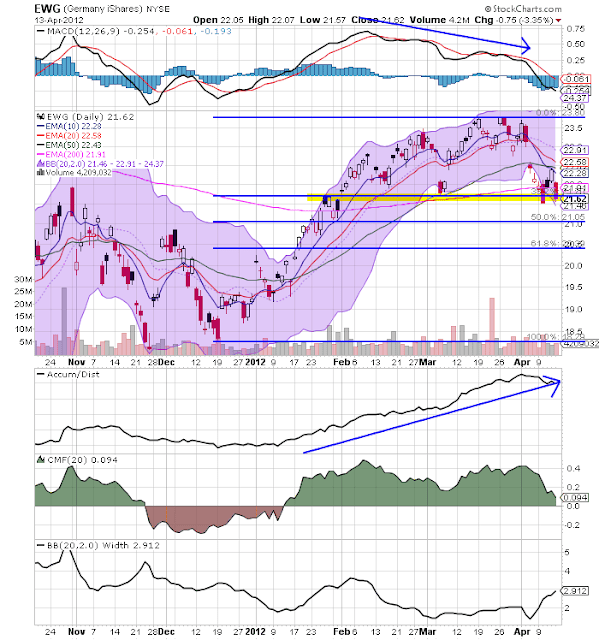 Even the market of the best performing economy in Europe is under pressure.  The German ETF has fallen from 23.5 to 21.62 -- a drop of 8%.  Prices are right at the 200 day EMA and price levels from the end of January.  While the German market has not crashed, it is not in the best technical shape.