The above chart again shows the importance of government spending to the expansion of the early 1950s.  Defense spending was the biggest boost to spending in the first quarter -- but non-defense spending accounted for nearly three-times the amount of growth in the second quarter.  The cease fire in Korea had an obvious negative impact on growth in the third and fourth quarter.

The above chart from the St. Louis FRED system shows the government ran a surplus for the 1953 year.  The primary reason is the increased tax rate passed to pay for the Korean War, which is shown in this chart: 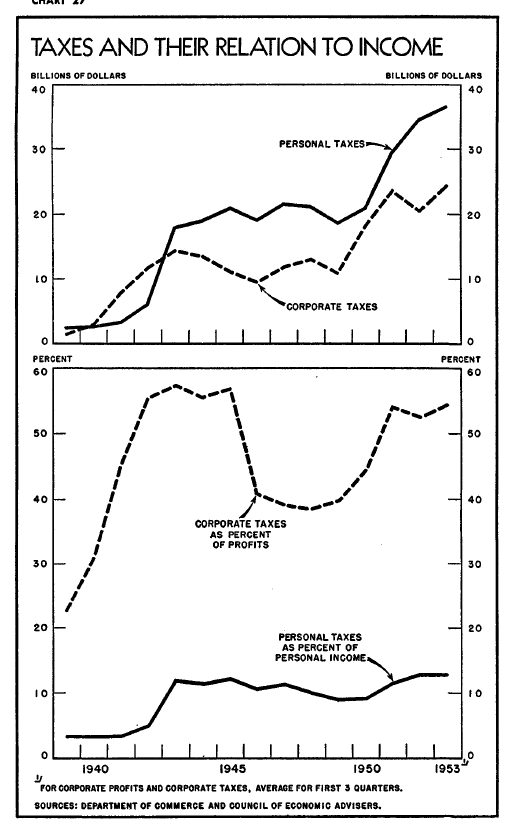 The above chart is very interesting for a number of reasons.  First, remember that taxes were raised by Congress in a bid to pay for the war effort.  The top individual tax rate was increased from 82% to 91% in 1950, while the corporate rate was increased from 38% in 1949 to 42% in 1950, 51% in 1951 and 52% in 1952.  Despite these high tax rates, the economy still grew strongly.  Also note the pace of tax receipts increased with the increased tax rates.