This post is part of the Bonddad Economic History Project 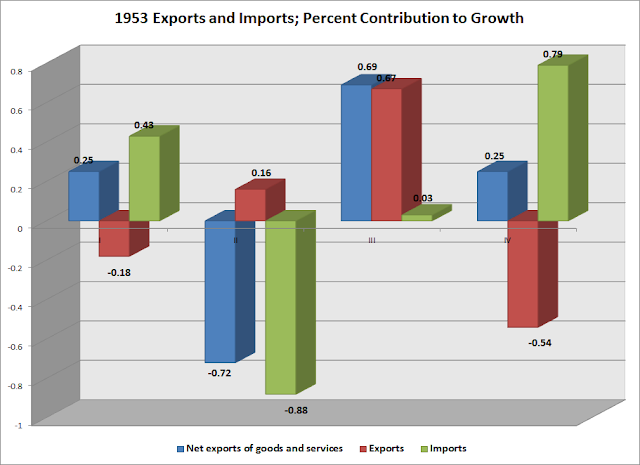 Net exports contributed to overall GDP growth for three out of four of the quarters in 1953.  Notice the pretty severe swings in imports; they added to growth in the first and fourth quarter, but subtracted substantially in the second.  In addition, exports really only added significantly to growth in the third quarter. 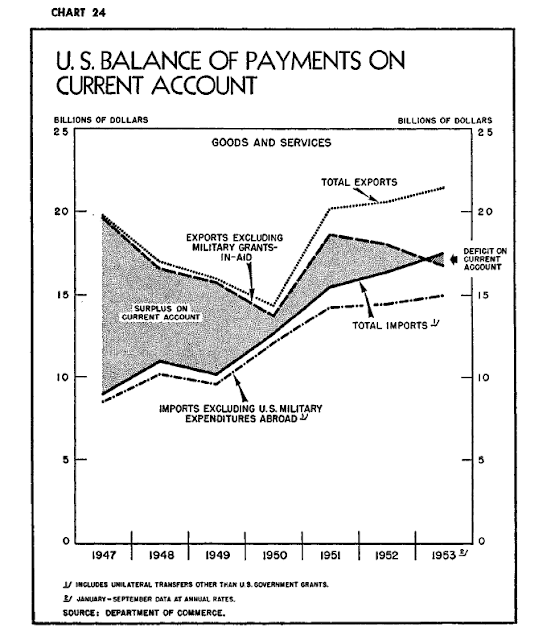 The above chart -- from the economic report to the president in 1954 -- shows total exports and imports for the US.  While the total absolute amount of exports was still higher than imports, note that when military grants were taken out of the equation, the US started to run a current account deficit in 1953. 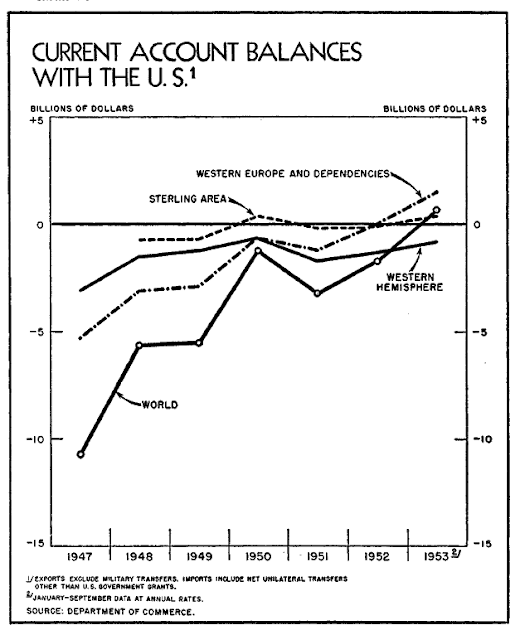 The Economic Report to the President explained the above chart thusly: 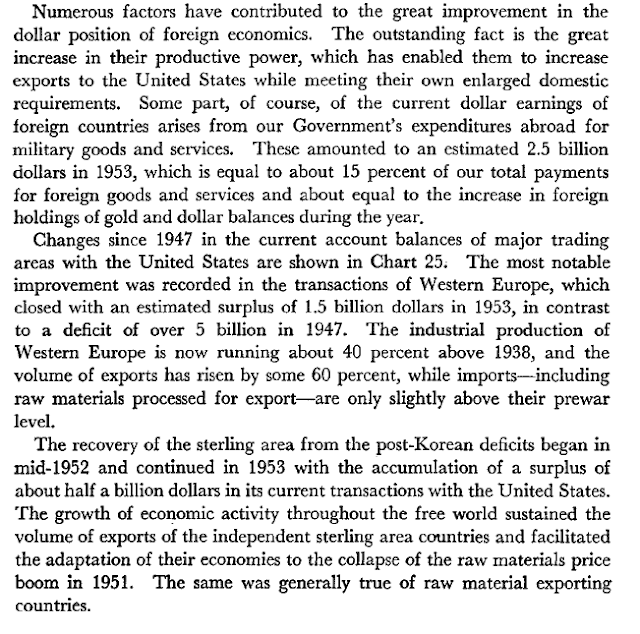