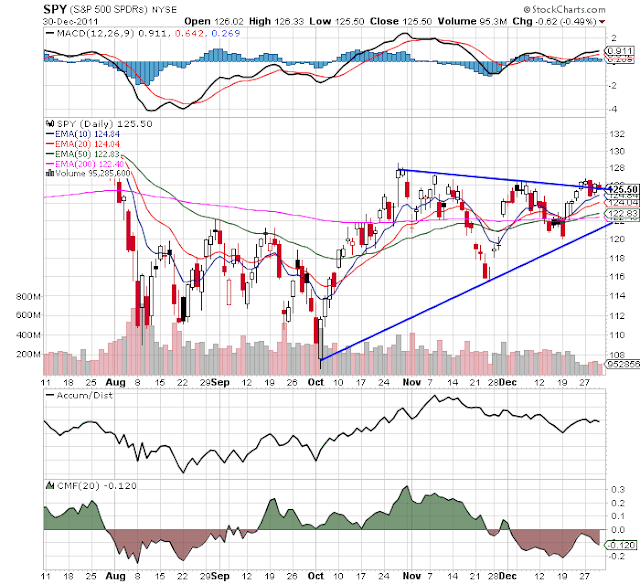 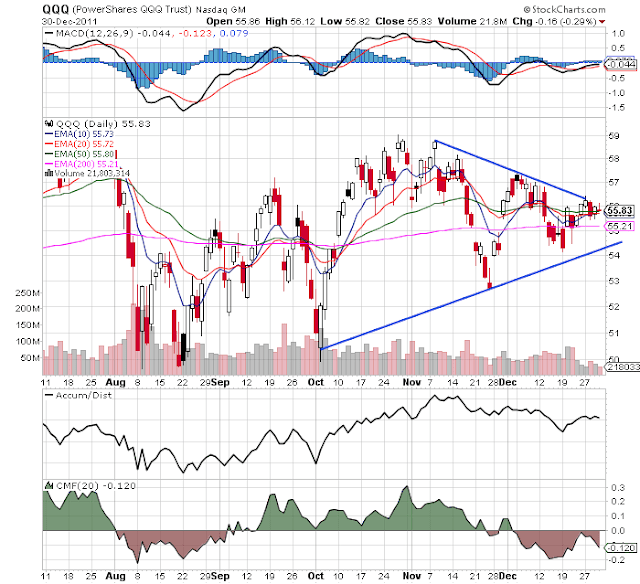 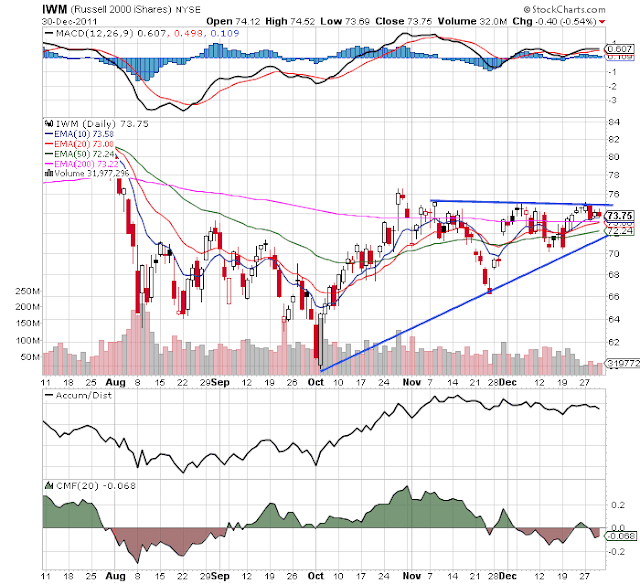 We begin the year with the equity averages all bumping into upside resistance of their respective consolidation patterns. The SPYs have come closest to making a strong upward move, but have been stalled, largely because this has been a defensive rally.  All the averages are clustering around the 200 day EMA.  The SPYs have the strongest EMA pattern, but overall it is still a weak chart. 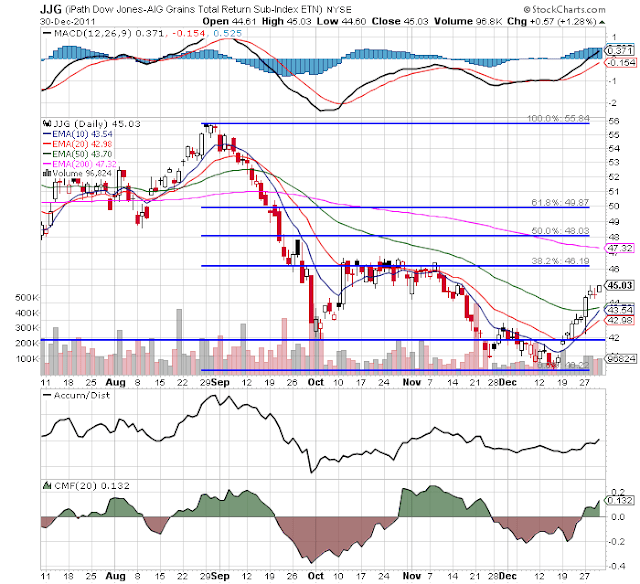 Grains have rebounded from their lows in mid-December and have staged an impressive end of the year rally.  The 10 and 20 day EMAs are both rising and the 10 has crossed the 20.  The 50 day EMA is now turning positive.  While the MACD is still negative, it is moving higher too.  The CMF and A/D are both pointing to increased volume. 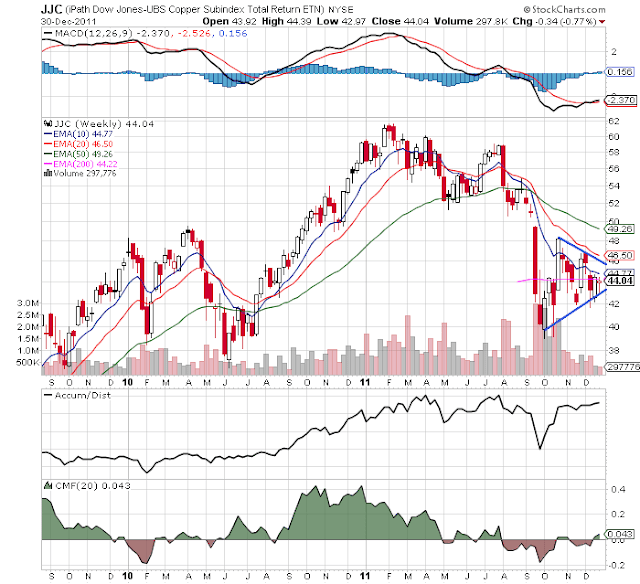 Copper is still consolidating after it's late summer sell off.  While the weekly MACD is about to give a buy-signal, prices are still near the lower trend line of the triangle.