A Look at the Currency Markets 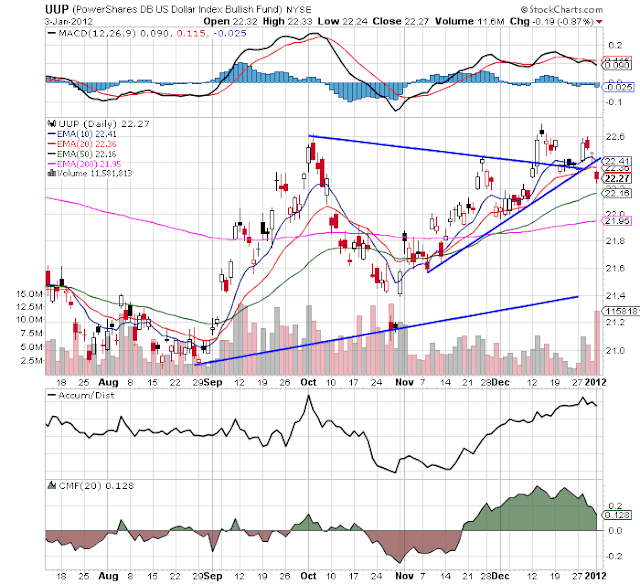 At the end of last year, the dollar enjoyed a rally, which eventually took the UUPs above their upside resistance established by a symmetrical triangle pattern.  However, now the dollar has broken through both the upper trend line, the November rally trendline and the 10 and 20 day EMA.  Yesterday we saw the dollar print a very strong volume bar as well. 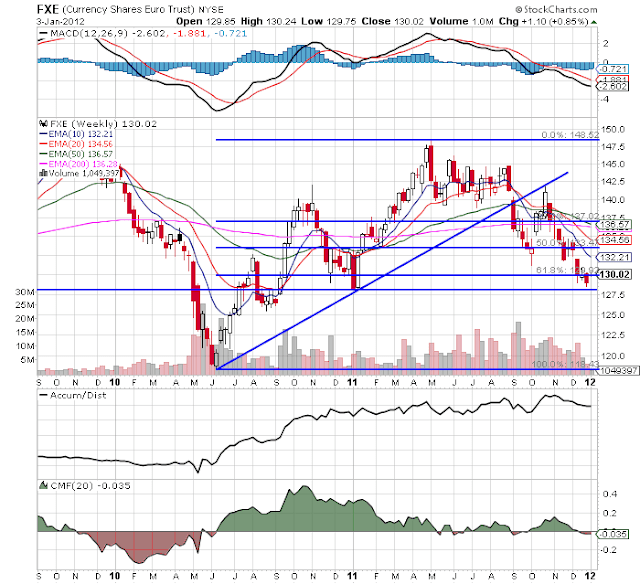 The euro is in the process of an orderly devaluation caused by the EU crisis.  After rallying last spring and consolidating gains over the summer, the euro has broken a long-term trend line and moved lower in a fairly disciplined way.  Prices are now approaching a low established at the end of 2010/beginning of 2011.  Should they move through that level, the next logical target is 125. 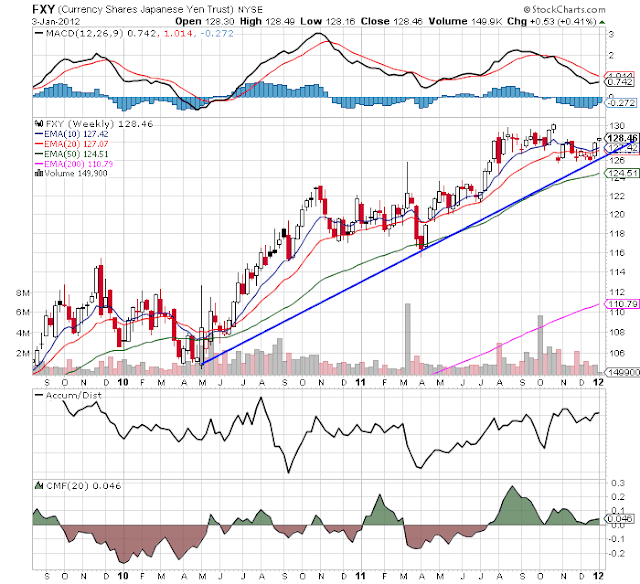 The yen is still in the middle of a multi-year rally.  However, the Japanese central bank has shown a distinct propensity to intervene in the market to lower the yen's value.  As such, the recent move higher will probably be short-lived. 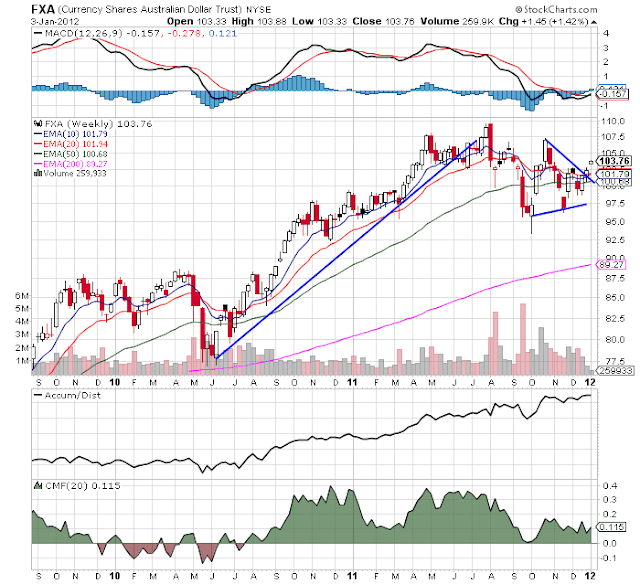 The real winner here may be the Australian dollar which has broken out of a symmetrical consolidation pattern.  Australia's economy was remarkably resilient during the recession.  And while the Aussie sold-off last year, it didn't crash and in fact has consolidated near high levels.  In addition, Australia has an attractive interest rate curve (even though it's currently partly inverted).