Financial activity was reported to have weakened some since the last report. Dallas noted that the improvement in financial conditions had stalled, and Chicago indicated a further tightening of credit conditions, particularly for financial firms. In addition, New York reported noticeably weaker activity in the securities industry. Loan volumes were either flat or down slightly in most Districts. Consumer loan demand moved lower according to respondents in Cleveland, Chicago, and Kansas City, and it held steady in New York and San Francisco. However, New York, Philadelphia, Cleveland, Richmond, Chicago, and Kansas City all noted an increase in mortgage refinancing activity given lower mortgage rates and Cleveland also noted continued strength in auto lending and increased demand for business loans. Meanwhile, business loan demand was described as down somewhat in Philadelphia, Chicago, St. Louis, and Kansas City and was little changed in most other Districts. Loan standards were described as still tight for many classes of borrowers. That said, several Districts indicated that strong competition among banks for high quality borrowers was leading to lower rates and fees for these customers.

The latest lending survey from the Fed was released in July, so it's a bit out of date with the above data. 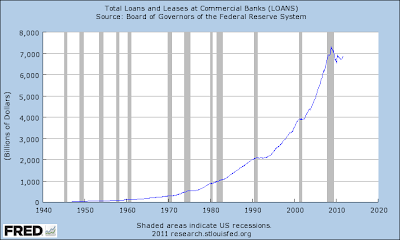 Total loans and leases has been floundering for the duration of the latest expansion, indicating that credit expansion is not taking place in any meaningful way. 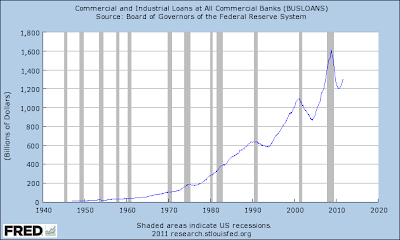 Commercial and industrial loans are not to blame, as this category has turned around from its drop. 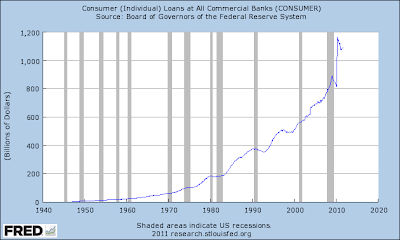 Ignore the bump at the beginning of the expansion which is a technical bounce.  Consumer lending is still weak. 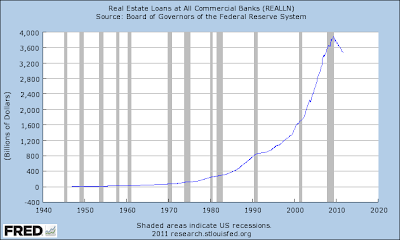 The above data indicate that credit expansion is weak at best, telling us the economy is definitely in a liquidity trap.