A succinct summation of a so-so recovery

With yesterday's releases of housing permits and starts, and industrial production and capacity utilization (all of which came in negative, defying positive expectations), now is a good time to take an overall view of growth in goods and services production and consumption.

Real retail sales, a proxy for consumption, show a 70% recovery from recession trough to the last peak: 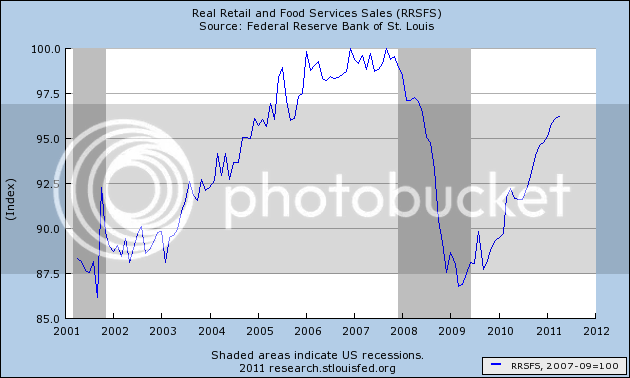 Industrial production, despite its poor reading yesterday and downward revisions of the several months previous, still shows almost a 60% recovery in manufacturing from the recession trough to the last peak: 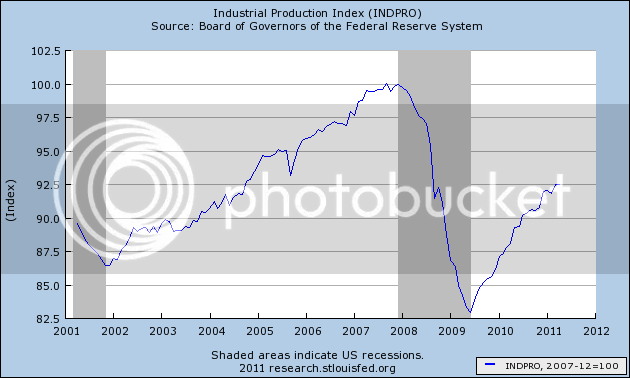 But residential construction, as measured by housing permits (a component of the LEI) are still scraping along the bottom of the trough: 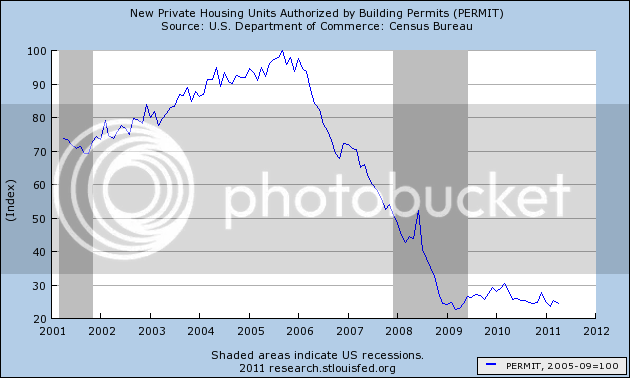 It is difficult to say the least to have a high-flying recovery with such an important component of expansion completely missing. And that doesn't even count the Austerian stupidity that is requiring even more cutbacks in government spending at both the federal and state levels. (Reminder: almost half of construction workers are unemployed, we need several $Trillions of work done to efficiency-producing infrastructure, we can borrow at the lowest interest rates in our lifetimes to fund it, and there is not the slightest interest in Versailles in doing so).