Let's continue our look at jobless recoveries by looking at another way to divide the total establishment jobs report into distinct parts: service and manufacturing employment. Remember, all of the charts below are on a scale of 100 to normalize the performance, thereby allowing us to compare the performance of the sectors. 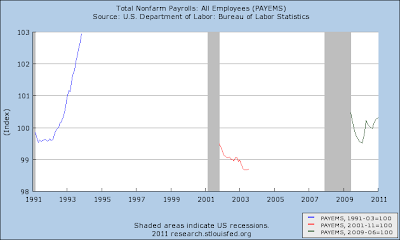 First, note that by 20 months, the 1990ss recovery had rebounded, while the early 2000s recover was still losing jobs. The latest recovery is standing still, having dropped a bit, but then rebounding. 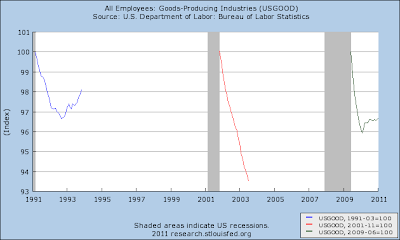 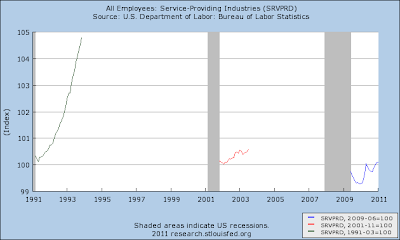 In comparison, the early 1990s recovery was responsible for a huge increase in service jobs by 20 months. In comparison, neither the 2000 or current recovery is really doing much in terms of service sector job creation.
Posted by Unknown at 8:30:00 AM