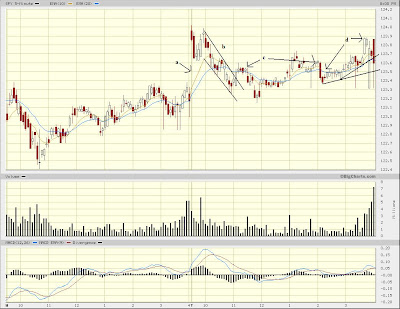 The equity market opened with a gap higher, but then moved lower in a downward sloping pennant pattern. Prices traded sideways for a period of time, getting caught in the EMAs. They tried to move higher at the end of trading (d), but this amounted to a grinding higher move rather than a strong rally. 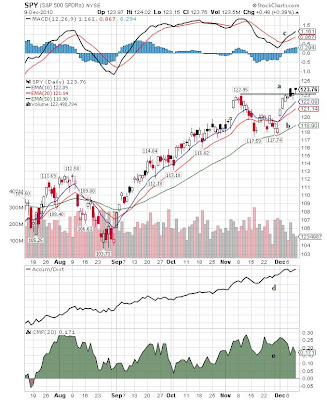 Notice that equity prices are still caught right above key support (a), although there are plenty of strong technical developments: a strong EMA picture (b), a rising MACD (c), and a rising A/D and CMF line. I'm still expecting prices to move back to an EMA before a move higher. 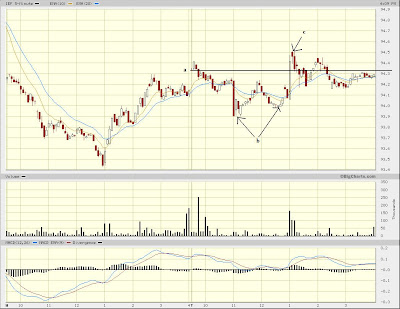 Yesterday, the Treasury market was more or less flat, with prices closing near their opening level (a). However, there was a strong sell-off (b) and attempt at at rally (c) during the day. The fact prices returned to a median indicates the current sell-off may be nearing an end, at least for this round. 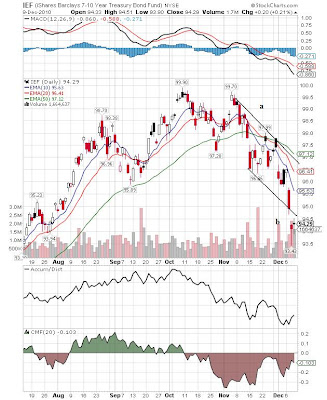 On the daily chart, notice the Treasury market has now printed two small bars (b) after falling in a downward sloping pennant pattern (a). Smaller bars are considered weaker. 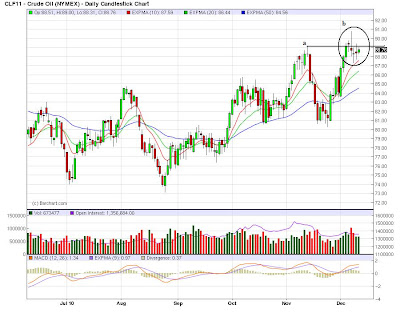 The oil market is still trading right at key levels (a). Notice that price are still printing small bars right at key price levels -- traders aren't selling but they aren't buying either. They're waiting for .... something.
Posted by Unknown at 6:51:00 AM