Personal Income Up; Disposible Income Down

Let's go to the data: 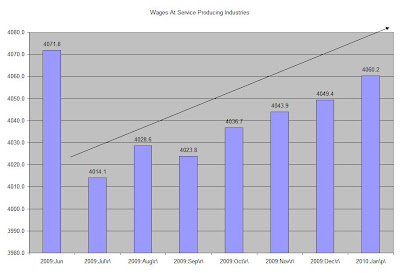 Service wages are up, and have been increasing for most of last year. However, 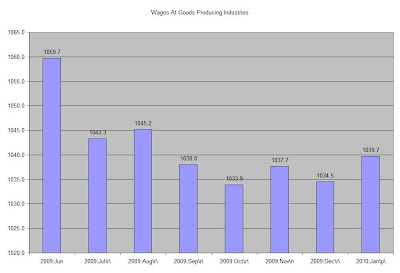 Goods producing industries are seeing their wages stall. This makes sense, given that manufacturing employment is taking a massive hit during this recession. 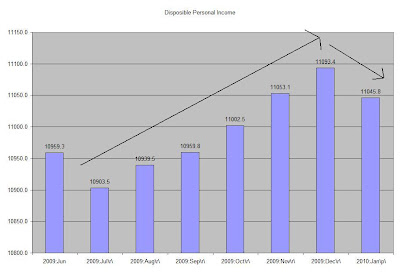 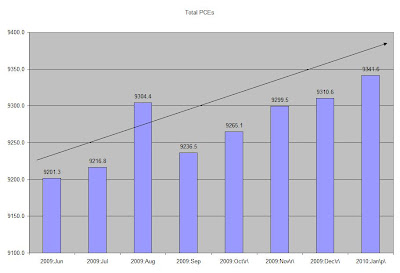 Note that total PCEs (personal consumption expenditures) have been increasing since July. 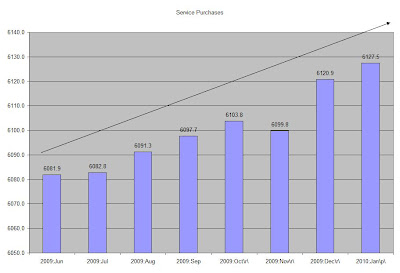 Service expenditures -- which account for about 65% of total PCEs -- are a large reason for that increase. 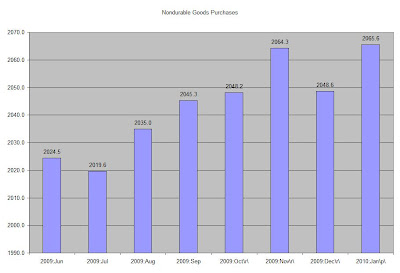 Non-durable purchases appear to have stalled, but are still at higher levels than lase year. 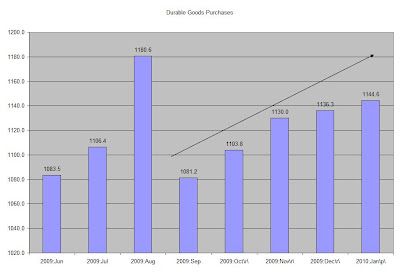 Durable goods purchases have been increasing for the last four months. This is very good news as it indicates cash for clunkers did not skew purchases forwarded as feared.
Posted by Unknown at 11:30:00 AM