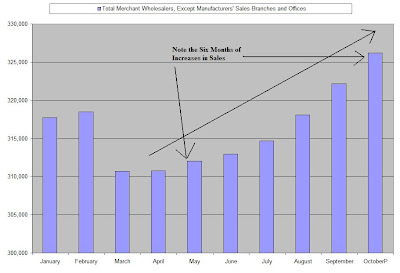 Notice that sales have increased for six straight months. Some of this is a rebounding from low levels, but not all.
Posted by Unknown at 2:00:00 PM