Coronavirus dashboard for November 8: the new alphabet soup of variants fails to generate a new wave (so far)

﻿Biobot has not updated since late last week, showing COVID particles at or near 6 month lows both nationwide: 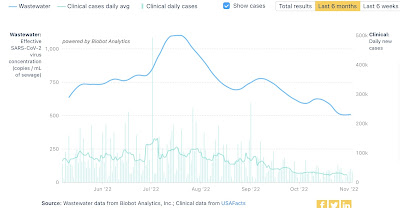 and in all 4 Census regions:

As expected, the CDC’s variant update last Friday showed that BA.5 was down to 40% of all cases, with the alphabet soup of new variants descended from BA.2 and BA.5 making up the other 60%: 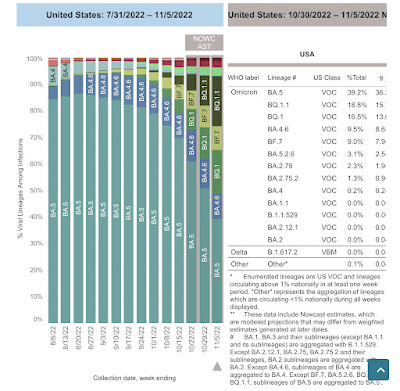 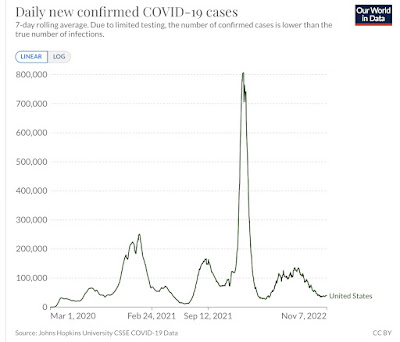 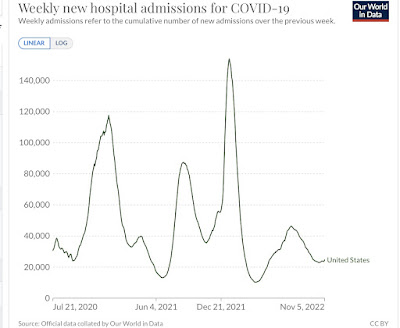 Deaths have continued to decline, at 316 close to a 6 month low, and only higher than about 4 months during the entire pandemic: 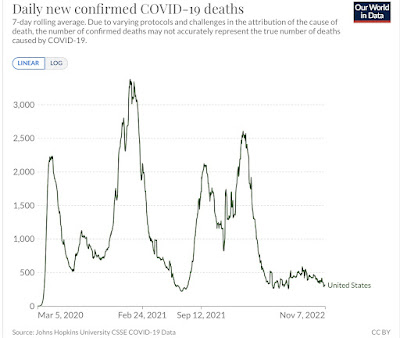 A regional breakout of confirmed cases shows an increase only in the Midwest, while the Northeast has the highest absolute level per capita. Cases are generally flat in the majority of States and Puerto Rico.
Cases have been declining in the 6 New England States (shown below plus NY and NJ): 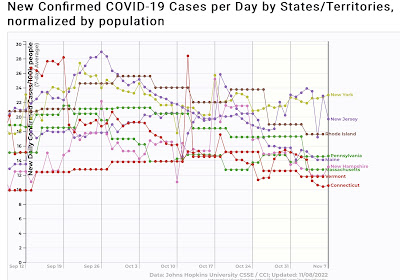 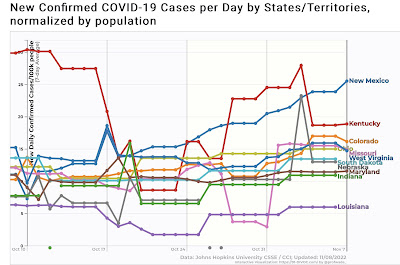 Although note that the increases are relatively small except in NM, CO, and KY.

It appears the winter wave is slowly beginning, but it is encouraging that it remains so low with the alphabet soup of new variants making up the majority of cases. My suspicion is that cases will rise throughout the holidays, with all of the indoor get-togethers; but that the wave will be more like the recent BA.2.12.1 and BA.5 waves than either of the past two huge winter waves.
Posted by New Deal democrat at 9:22:00 AM