One of the best calls I made a year ago was to forecast that the "shallow industrial recession" would bottom in about March 2016, and a rebound to what I have since come to call "Indian summer," i.e., a period of good economic data after mid-cycle, would occur.

This week we got a good look at what economic Indian summer looks like.

Spending is a solid if not spectacular +3% YoY, while the trend growth in income is decelerating a bit, but still positive.

January was the second highest reading of the expansion, behind last March.  Since this tends to follow the quarterly average of housing starts with a one quarter or so lag, and housing starts made a new high in November, I expect this to continue to rise over the next several months. 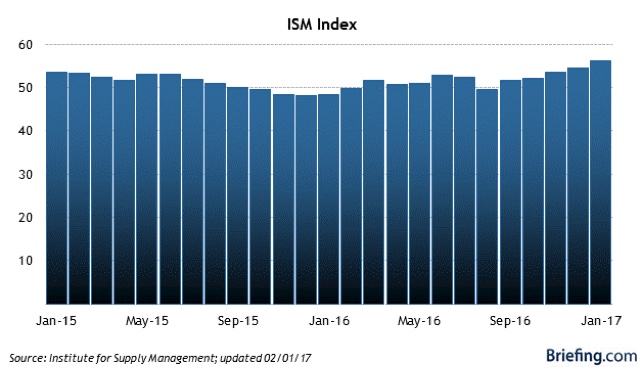 Perhaps even better, ISM new orders were above 60 for the second month in a row.  ISM new orders above 60 (blue in the graph below) have been an infrequent occurrence over the last 30+ years: 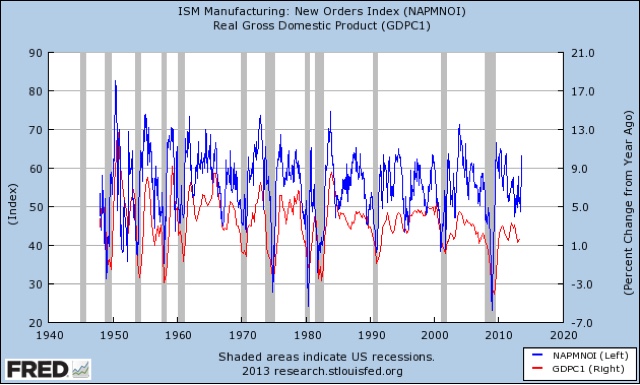 They have correlated pretty well with an uptick in real GDP (red in the graph above).

Finally, motor vehicle sales declined month over month, but have remained above 17 million where they have plateaued (a not uncommon occurrence during an expansion) for the last 24 months: 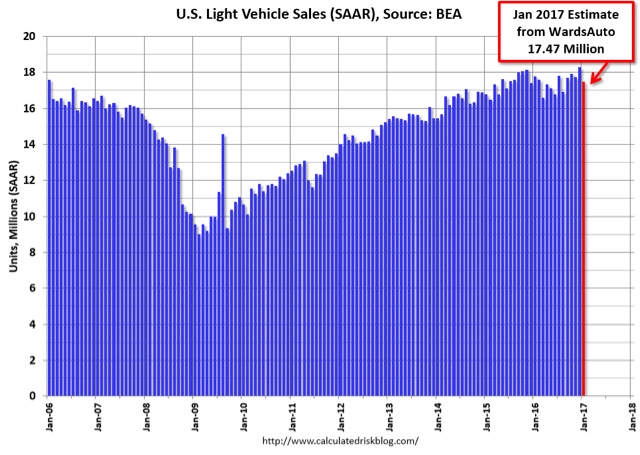 This is all solid, positive data, and with the exception of real income by and large I expect it to continue over the next 2 to 3 quarters.  Indian summer late in an expansion.
Posted by New Deal democrat at 7:30:00 AM