Donald Trump might want to stop touting how well the stock market has been doing since his election.

Here is Barron's graph of insider trading as of Saturday: 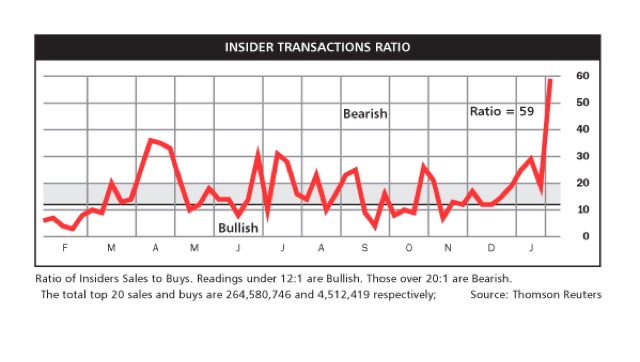 But wait a minute .... This is January, and in January corporate insiders get dump trucks full of stock options that they might decide to cash in, so no big deal.

Or so I thought.

Since I'm not the only one who from time to time publishes this graph, I thought I would find the record of corporate transactions that included last January.  Surely it would show the same pattern.  Well, here's one from last May: 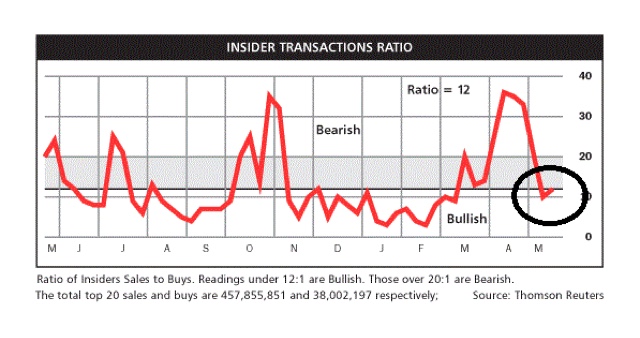 Not only did corporate insiders *not* sell in January 2016, and not only do the last two peaks, at about 40:1, come nowhere near the 60:1 ratio from this past week, but at least one of those last two spikes in insider selling, in October 2015, was followed shortly thereafter by a stock market downturn of over 10%: