Britain's exit from the European Union could be delayed until at least late 2019 because the government was too "chaotic" to start the two-year process early next year, the Sunday Times reported, citing sources it said were briefed by ministers.

Britain voted to leave the EU on June 23, but views differ over when it should invoke "Article 50", which sets the clock ticking on a two-year deadline to leave the bloc, with some senior politicians calling for a quick departure.

Prime Minister Theresa May, who campaigned for Britain to remain in the EU and leads a cabinet of ministers from either side of the debate, has said she will not trigger Brexit talks this year as Britain needs time to prepare.

But British government ministers have warned senior figures in the City of London, London's financial district, that Article 50 was unlikely to be triggered early in 2017 because the situation in government was "chaotic", the Sunday Times reported on Sunday.

"Ministers are now thinking the [Article 50] trigger could be delayed until autumn 2017," one source, who had spoken to two senior ministers, told the newspaper 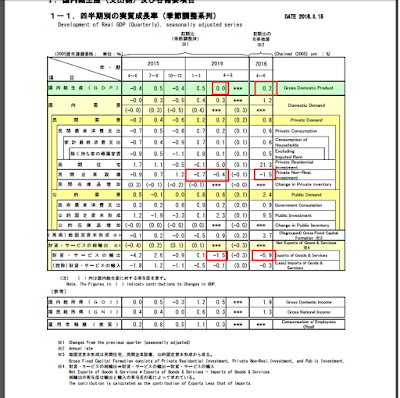 A Look At the GDP Data From a Historical Perspective

Daily Chart of the EWJ ETF 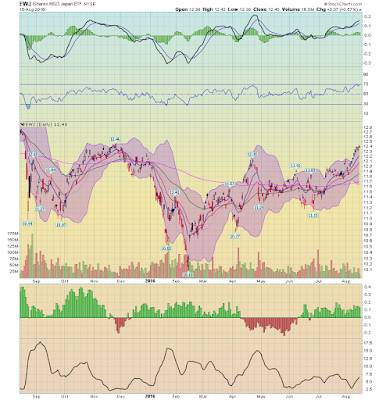 After holding steady for the past four months, builder confidence in the market for newly constructed single-family homes rose two points in June to a level of 60 on the National Association of Home Builders/Wells Fargo Housing Market Index (HMI). This is the highest reading since January 2016.

“Builders in many markets across the nation are reporting higher traffic and more committed buyers at their job sites,” said NAHB Chairman Ed Brady, a home builder and developer from Bloomington, Ill. “However, our members are also relating ongoing concerns regarding the shortage of buildable lots and labor and noting pockets of softness in scattered markets.”

“Rising home sales, an improving economy and the fact that the HMI gauge measuring future sales expectations is running at an eight-month high are all positive factors indicating that the housing market should continue to move forward in the second half of 2016,” said NAHB Chief Economist Robert Dietz.

Derived from a monthly survey that NAHB has been conducting for 30 years, the NAHB/Wells Fargo Housing Market Index gauges builder perceptions of current single-family home sales and sales expectations for the next six months as "good," "fair" or "poor." The survey also asks builders to rate traffic of prospective buyers as "high to very high," "average" or "low to very low." Scores for each component are then used to calculate a seasonally adjusted index where any number over 50 indicates that more builders view conditions as good than poor.


Yearly Chart of the XHB 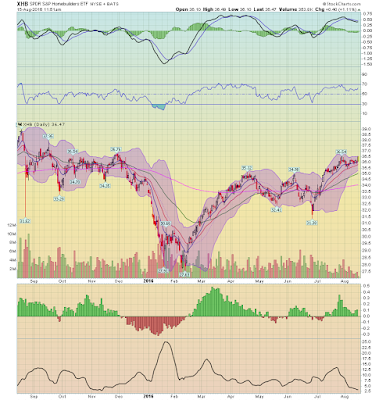 Financial Comparison of the 10 Largest (by market share) Homebuilder Companies 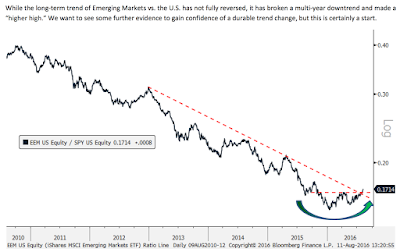 RRG of EM ETFs from Stockcharts 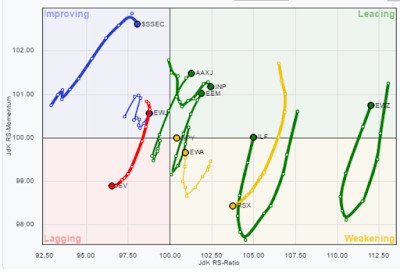