US LEIs and CEIs Up

A Chart of the 4 primary coincident indicators 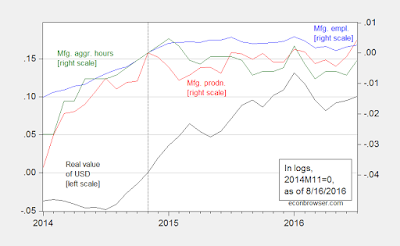 Industrial production is now detectably trending upward. In terms of the tradables sector, manufacturing is also recovering, mitigating some of the concern of external drag.

Fed President Williams on the Economy

Our goal is not to have an unemployment rate of zero, instead, it’s to be near the “natural rate” of unemployment: That’s the rate we can expect in a healthy economy. I see that number as about 5 percent, which means that with the unemployment rate at 4.9 percent, we’re right on target. The unemployment rate is obviously not the only measure of labor market health, but the multiple indicators tend to move together and are sending similar signals, with almost universal improvements across them all. Even the metric many people have been worried about, the labor force participation rate, is not the 21st century breakdown some people have feared; in fact, it’s back pretty close to what I see as normal. The participation rate takes the labor force and divides it by everyone in the United States over the age of 16, which covers a lot of people who aren’t working or looking for a job for perfectly normal reasons; overall, the low participation rate can be explained by demographic factors and longer-term trends, such as baby boomers retiring and young people staying longer in school.1

A Long-Term Chart of the LFPR 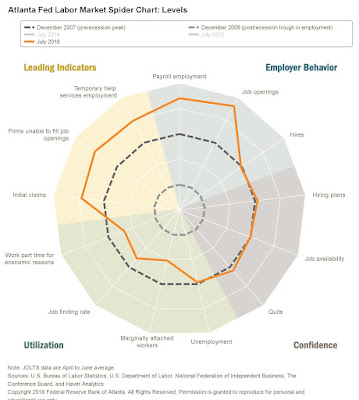 Turning to the other side of the ledger, inflation is on course to meet our 2 percent goal. Although it’s been persistently below target over the past several years, recent data look more favorable. Over the past year, the strengthening of the dollar and falling energy prices have pushed inflation down, but these influences should fade over time. To cut through some of the noise, it’s useful to look at measures of inflation that strip out volatile prices and provide a clearer view of the underlying trend. Those measures suggest that underlying inflation is in the 1½ to 1¾ percent range. We’re not quite at our target, but the strength of the labor market should help us along. 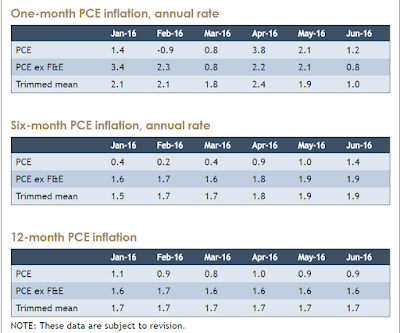 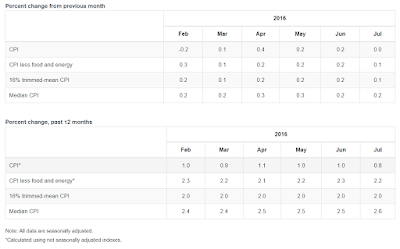