At first blush, the relatively poor March jobs report looks like an Oil patch story, not a weather story or a West coast port strike story.
Changes in initial jobless claims during a month have a pretty good correlation with the same/next month's jobs report (since the reference week is the one including the 13th of each month).  Here's the relevant scattergraph and regression line for this expansion: 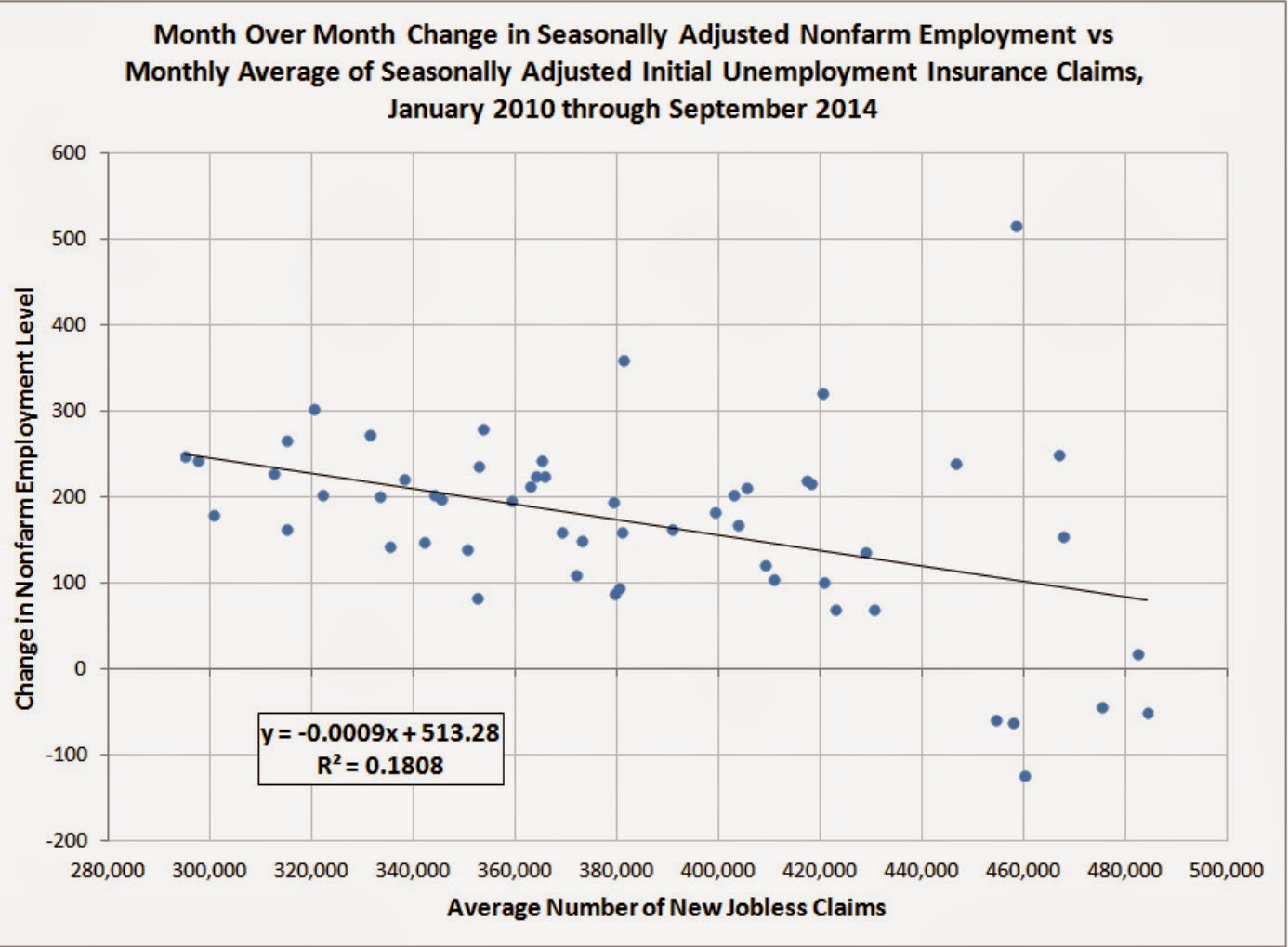 We had 3 bad weeks in February of new jobless claims over 300,000 a month.  To find out if the weather was a big factor, or if the primary weakness was the Oil patch,  I compared TX and OK with NY and Mass, going back to the first of the year.  This can be done using the Department of Labor's state-by-state breakdown of initial jobless claims, which is reported with a one week delay.
The result was that NY and Mass. had lower claims on average in 2015 in the reference weeks compared with the same week in 2014. TX and OK, by contrast, had about 15% more initial claims in those weeks during 2015 vs. 2014 during the reference weeks for the March report.
Oklahoma's jobless claims increased YoY starting at the end of November.  Texas turned negative YoY in late January.

Massachusetts had one week wherein 2015 claims equalled 2014 claims. All other weeks were lower. New York had two weeks in 2015 slightly higher than 2014, but the other two weeks were significantly lower than 2014.
While the since-resolved West coast ports strike could have nationwide impacts, one state where it would surely have an impact is California.  California did have one negative YoY week of jobless claims, all the way back in early January.  It also had comparatively small decreases in jobless claims in 2015 vs. 2014 during the weeks ending January 31 and February 7. During the 4 reference weeks for the March jobs report, however, it went back to strongly positive YoY readings (i.e., steep declines in jobless claims in 2015 vs. 2014).
Tomorrow's JOLTS report will be for February, so it will give us little insight into March.  State-by-state unemployment rate changes won't get reported until the end of this month. For now, what we can say is that the relatively poor March jobs report looks primarily like an Oil patch story and only secondarily a weather story, and not a West coast ports strike story.