No, the yield curve is NOT forecasting mediocre growth. Right now it actually isn't forecasting anything

A 3 dimensional view of the yield curve in the treasury bond market at the New York Times has gotten a lot of play in the econoblogosphere yesterday.

If we are sure we will have inflation rather than deflation in the next several years, a normally shaped yield curve is also a perfect indicator for the economy about 12 to 18 months later. In times of deflation, however, a normal yield curve is not reliable. An inverted yield curve in the presence of deflation is much to be feared. It has only happened twice in the last century – in 1928 and 2006.

For a detailed look with helpful graphs, here, here, and here.
The NY Times 3D graph is not animated, and not interactive.  For the last 15 years, however, Stockcharts has had the aptly named interactive Dynamic Yield Curve, a tool which I have made use of frequently over the years.  Here is a snapshot I made today comparing the present yield curve (lower) with the yield curve in Q1 2003, one year before the best YoY real GDP growth of the 2000s: 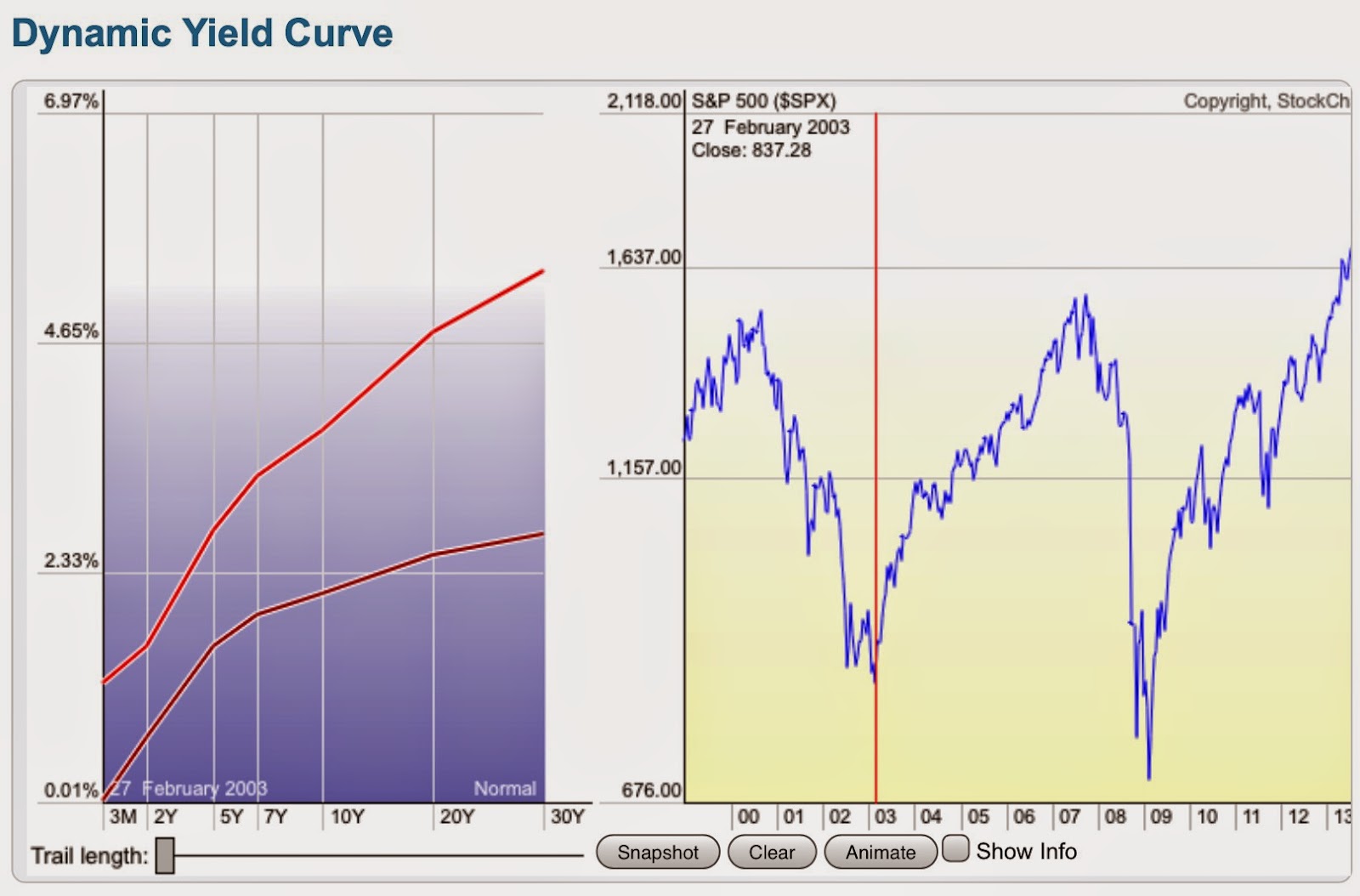 The yield curve is founded on a solid economic signal.  Since normally you would want to be paid more interest in order to take the risk of holding on to a bond for a longer time, when the curve inverts, it means bondholders think current rates are too high compared with the longer term – they expect weakness.
One statement in the NY Times article, however, looks flat out wrong: “The yield curve is fairly flat, which is a sign that investors expect mediocre growth in the years ahead.”
Not so. Below is a graph of the spread between 10 year and six month bonds, currently at 2%. The graph then subtracts 2 so that the current spread = 0. 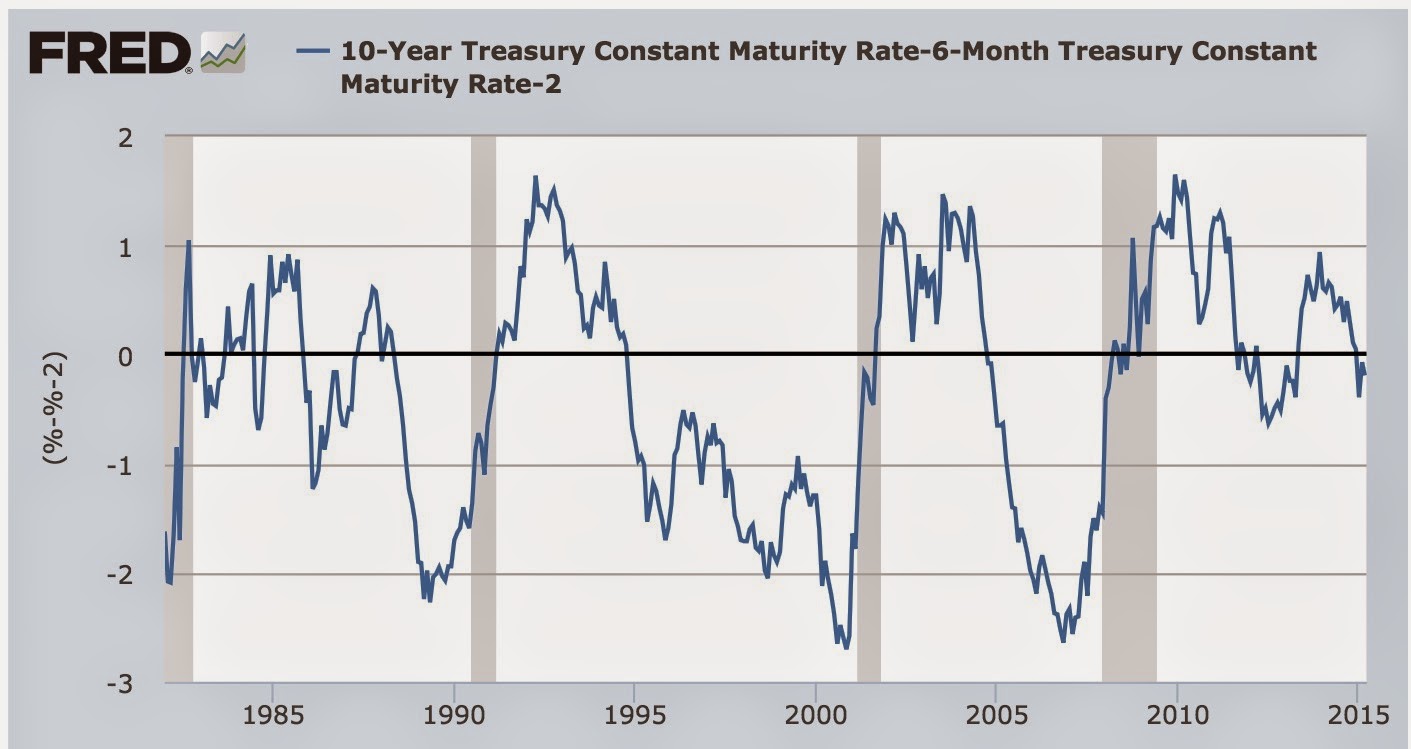 Prof. Menzie Chinn of Econbrowser has posted a similar graph for the 10 year vs. 3 months and 10 year vs. 2 year Treasuries: 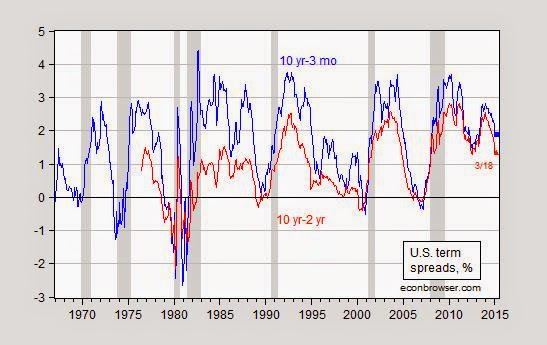 While the spread between the 10 year and 3 month bond is in the lower half of the distribution, the spread between the 10 year and 6 month treasuries (my graph) and 10 year vs. 2 year (red in Prof. Chinn's graph) is steeper than most other times during the last 30 years.
It is also equivalent to if not steeper than almost all times between 1933 and 1954 (blue is long term government bonds, red is 3 month treasuries): 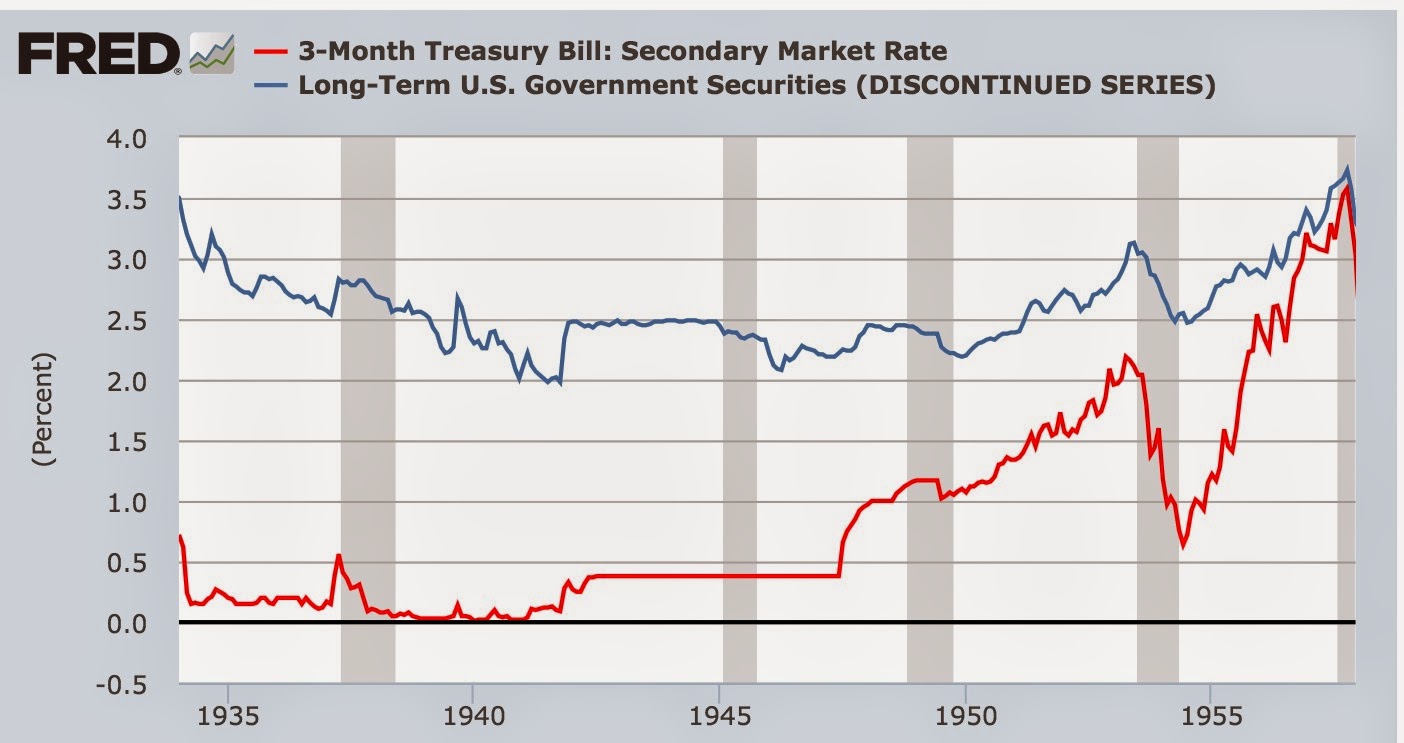 during which time the US saw the strongest growth in its entire history: 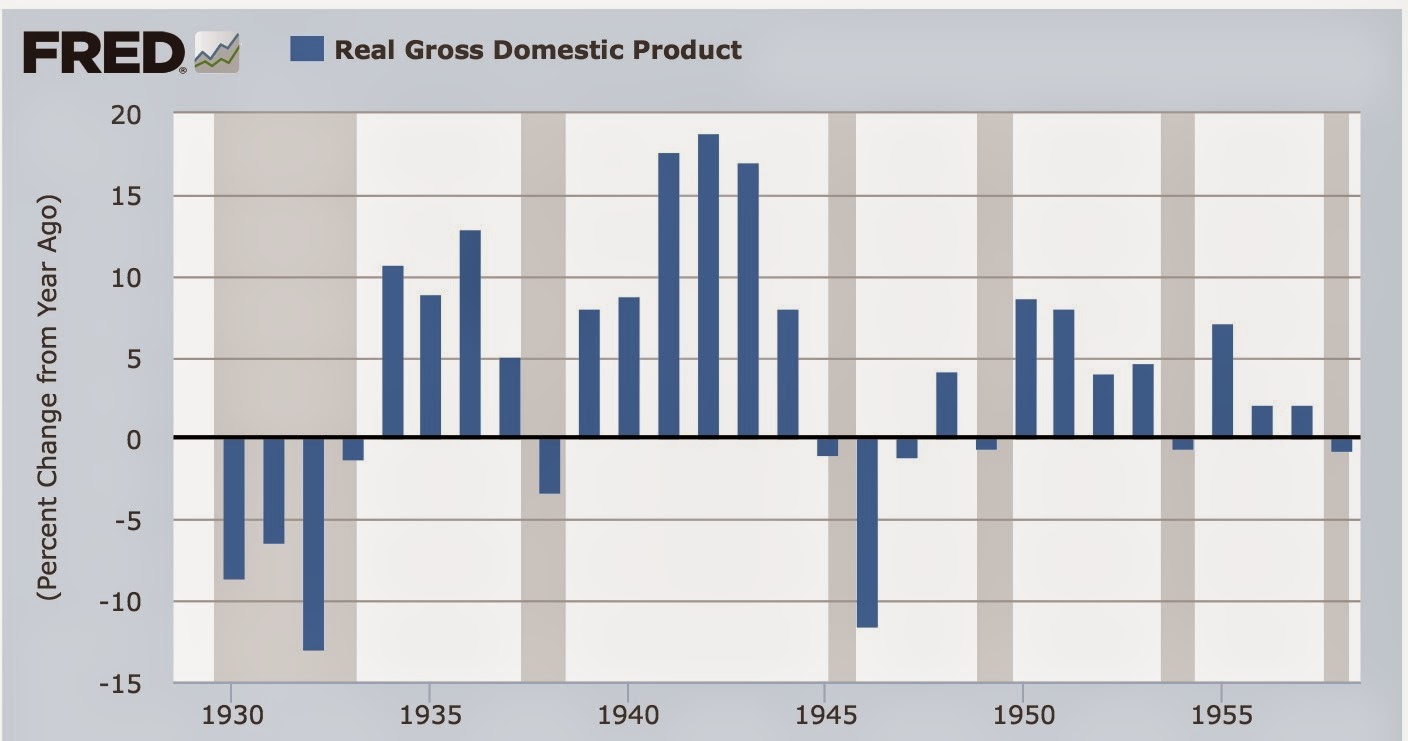 So,*NO,* the yield curve is not telling us there will be mediocre growth.  Because we are presently in deflation, even though the yield curve is positive, it actually isn't forecasting anything.
Posted by New Deal democrat at 9:00:00 AM