US Market Review For the Week of January 5-9; Bond Market Is the Real Winner Edition

In writing a market review, the natural assumption (OK -- my assumption) is that it will involve equities.  After all, this is the market that routinely gets the most headlines.  Bonds, in contrast, are invariably overlooked.  Yet when looking at this weeks numbers, I pulled up the relevant FRED graphs of the bond market yields and thought this was the logical place to start.  After all, we're closer to the end of QE than the beginning.  In fact, there are many who are arguing that we'll see rate increased in 2015.

The bond market don't believe it.  At least, the long end doesn't 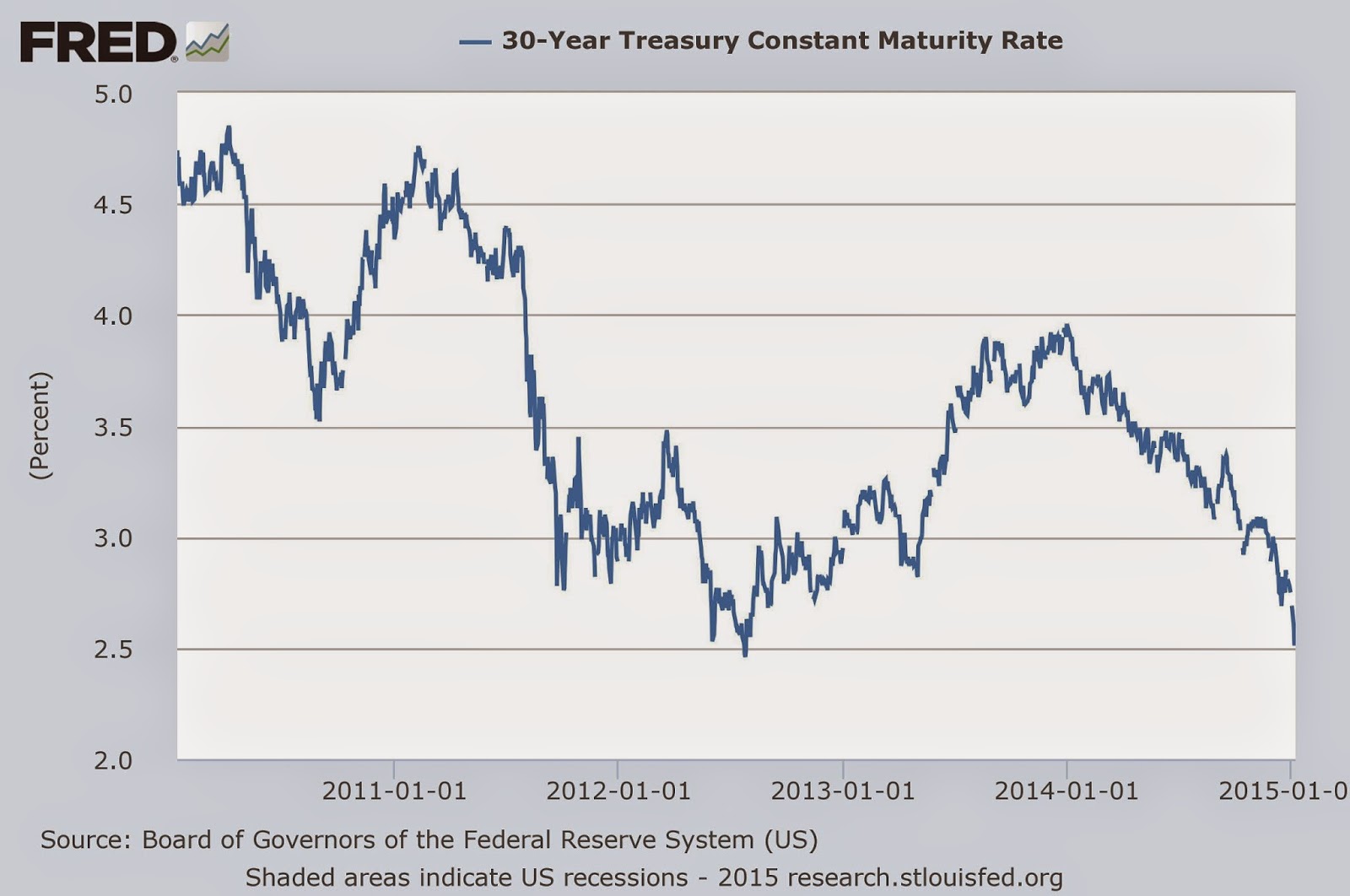 The 30-year yield has been dropping since the beginning of 2014, printing a large drop last week.  The implications are remarkably broad.  First, and as if this needs repeating, inflation is clearly not on the table in any meaningful way -- a fact all but confirmed by the massive drop in oil we've seen over the last 6 months.  In addition, we now have heightened risk awareness.  Adding to the economic issues presented by the EU and Russia (which was remarkably silent this week economic news wise), the terrorist attacks in France add that extra element of concern about personal and geopolitical safety.  This creates a flight to safety, meaning US bonds catch a bid. 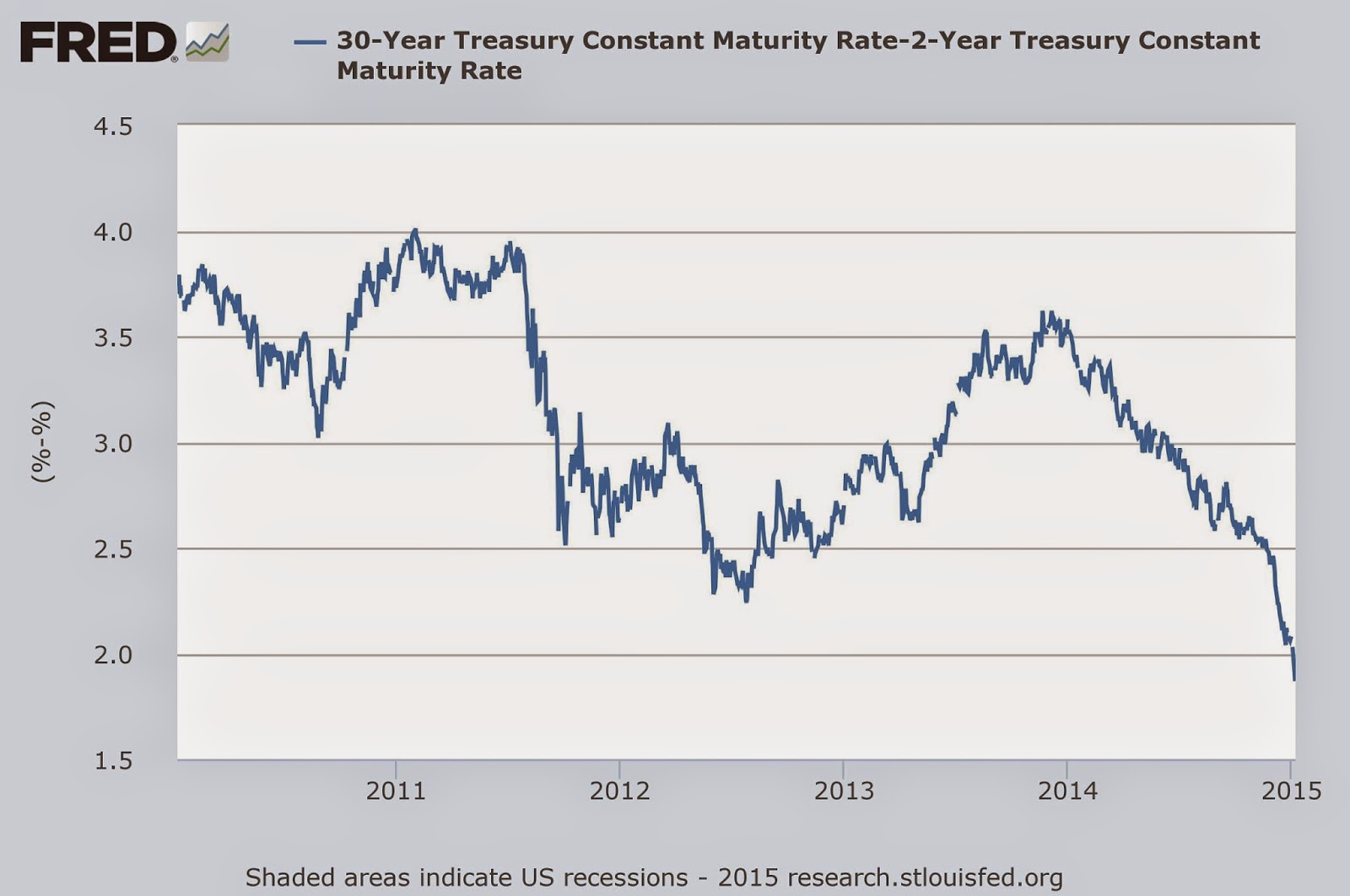 As a result, we've seen the yield curve come in sharply over the last year, with the 30-2 year spread dropping from a little over 3.5% to under 2%.  This is not a yield curve of an expanding economy.  By this point in the economic cycle (6 of the last 7 quarters have seen positive growth with a solid 5% in the last quarter) we should be seeing a sell-off in the long-end as traders move away from safety and look for increasing growth.  That's just not happening. 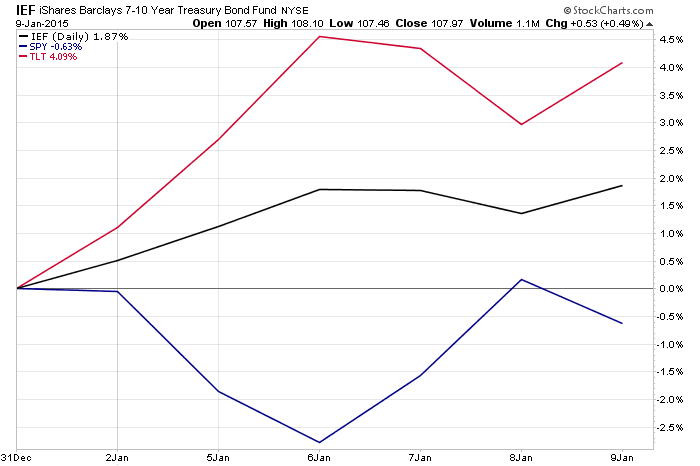 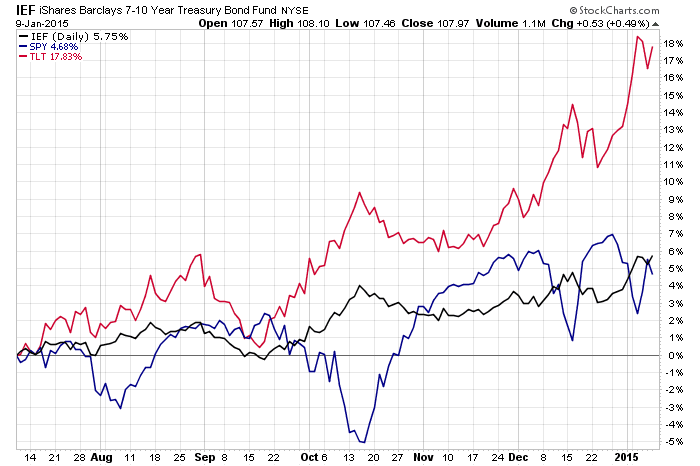 In that time frame, the 30 year is still outperforming, nearly tripling the SPYs returns while the IEFs are running neck and neck with the SPYs. 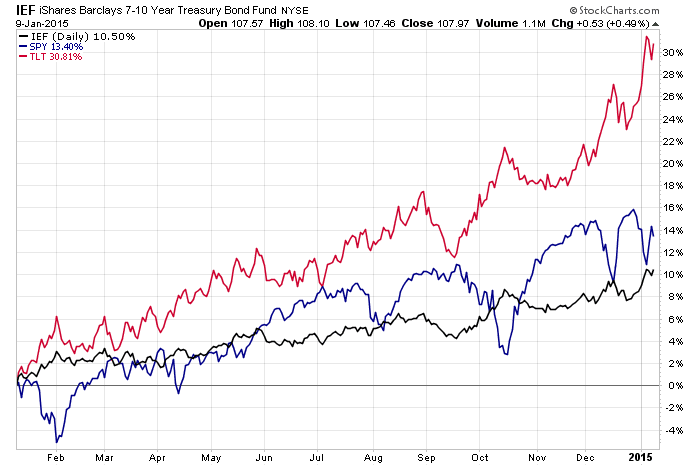 And over the last year, the TLTs are still outperforming the SPYs, nearly doubling their return.

And these gains are highlighted best in the weekly TLT chart: 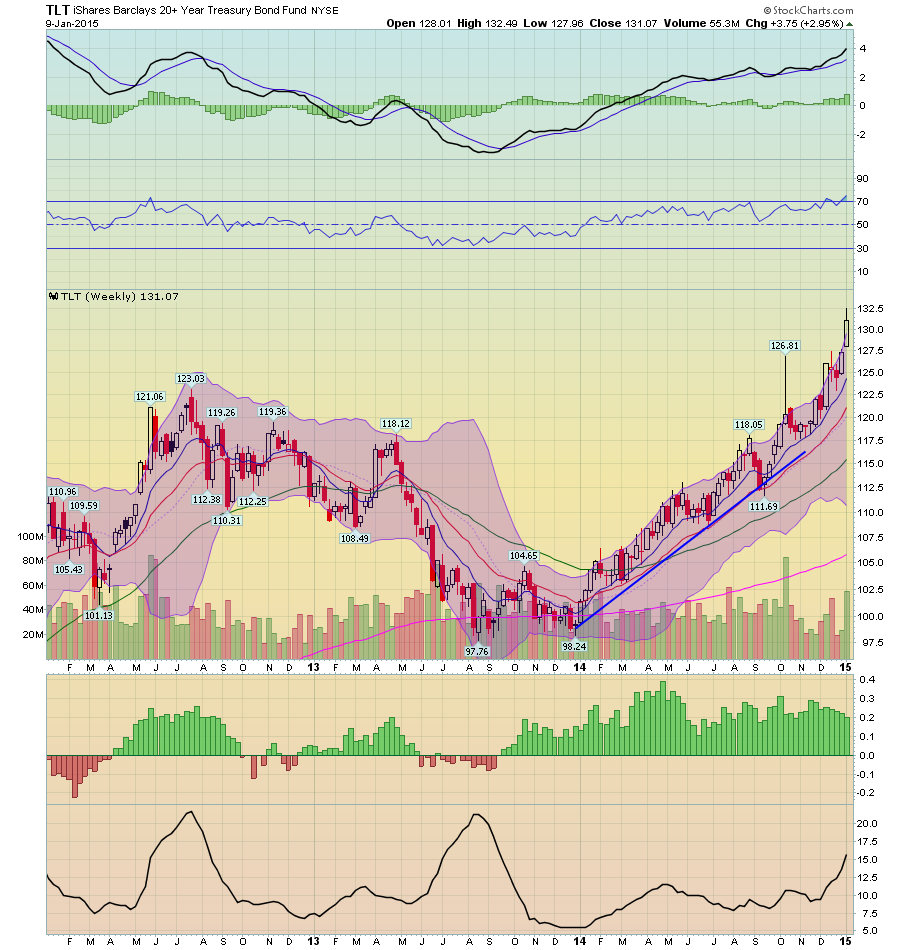 The long end of the bond ETF world has been rallying since the beginning of 2014, printing a solid and consistent move higher.  There have been no true sell-offs (moves of say 10% of more lower), with the most severe occurring at the end of August and beginning of September.  Prices consolidated in June and between mid-October and mid-November; but these weren't corrections.  The chart above indicates that for capital appreciation, the long-end of the treasury curve was the place to be.