The bottom in gas prices is close

There is good reason to believe that we are close to, if not at, the bottom in oil and gas prices.

The main reason is inexorable seasonality.  Refiners start switching from winter to summer blend at some time by mid-February.  Gas prices start their usual seasonal climb towards summer at that time. Gas prices did sometimes fall during the first half of the year in the 1990's, and there with only one exception by less than 5%: 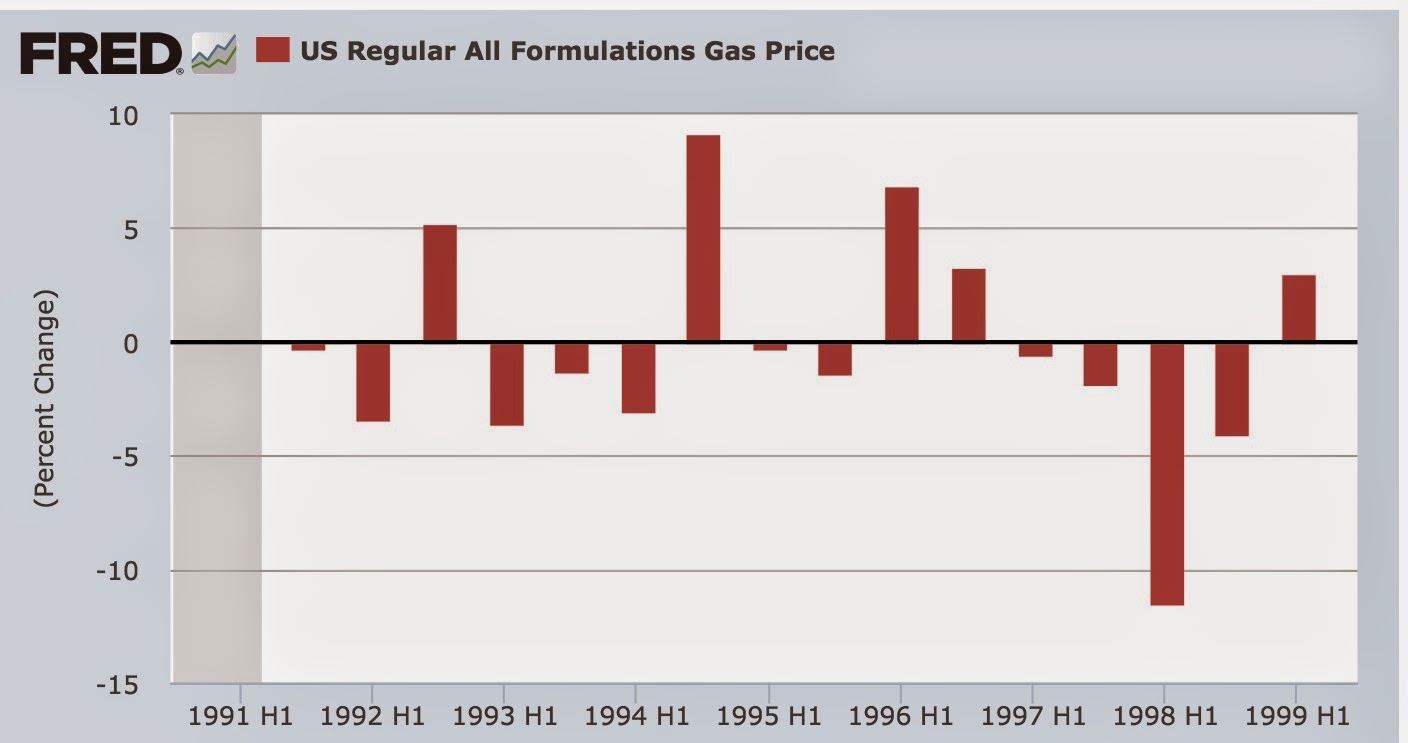 They have only done so twice since 2000, both times towards the end of or in the immediate aftermath of recessions: 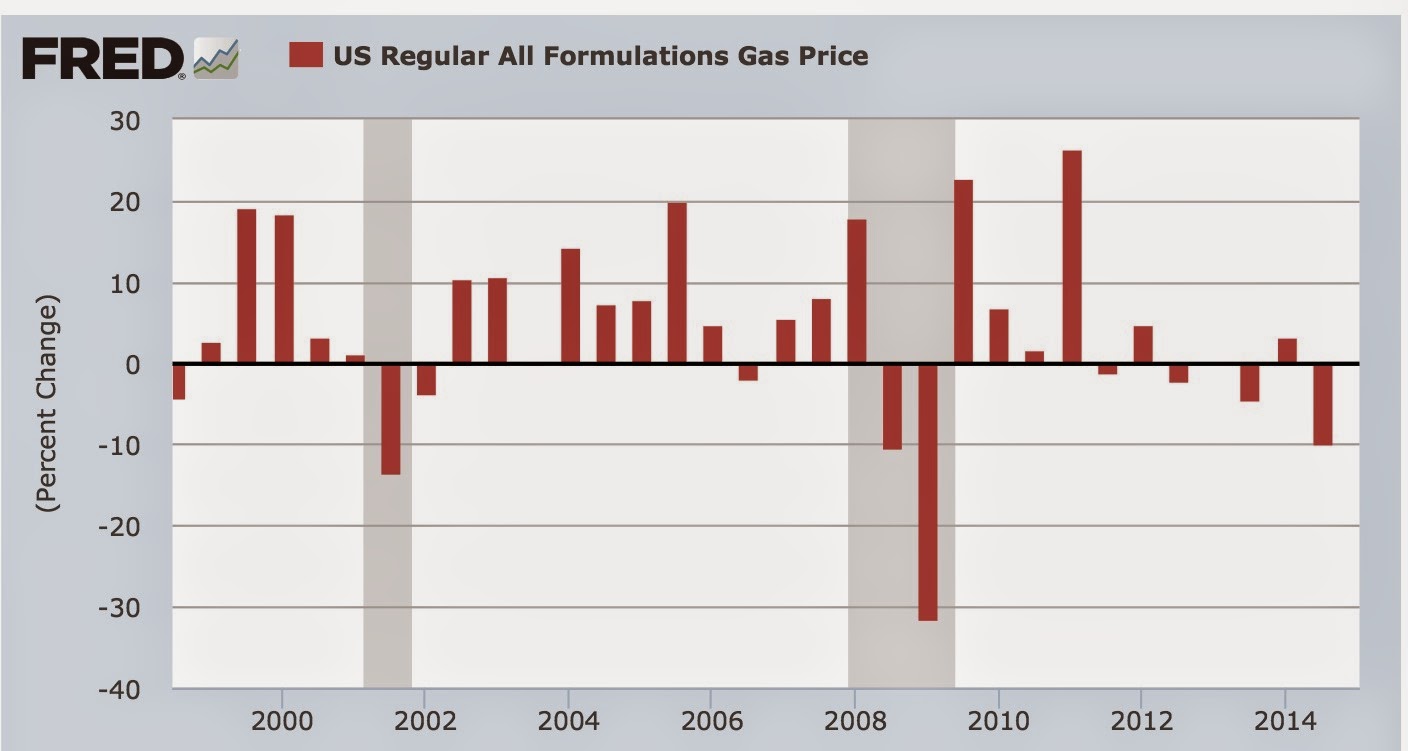 In short, the odds are very good that prices will start to rise with the regular seasonality starting at some point in the next month.

In fact, it is possible they have already reached their bottom. Here's Gas Buddy's daily price graph for the last month:

Gas prices have stayed at $2.18/gallon for the last 4 days - a first since the collapse started in earnest after Labor Day.  This is how declines ended previously - i.e., abruptly.

But I think there is a little more to go.  Today West Texas crude prices are just over $48/barrel.  In the past, as shown in the graph below, this has correlated with gas prices of about $2.00/gallon: 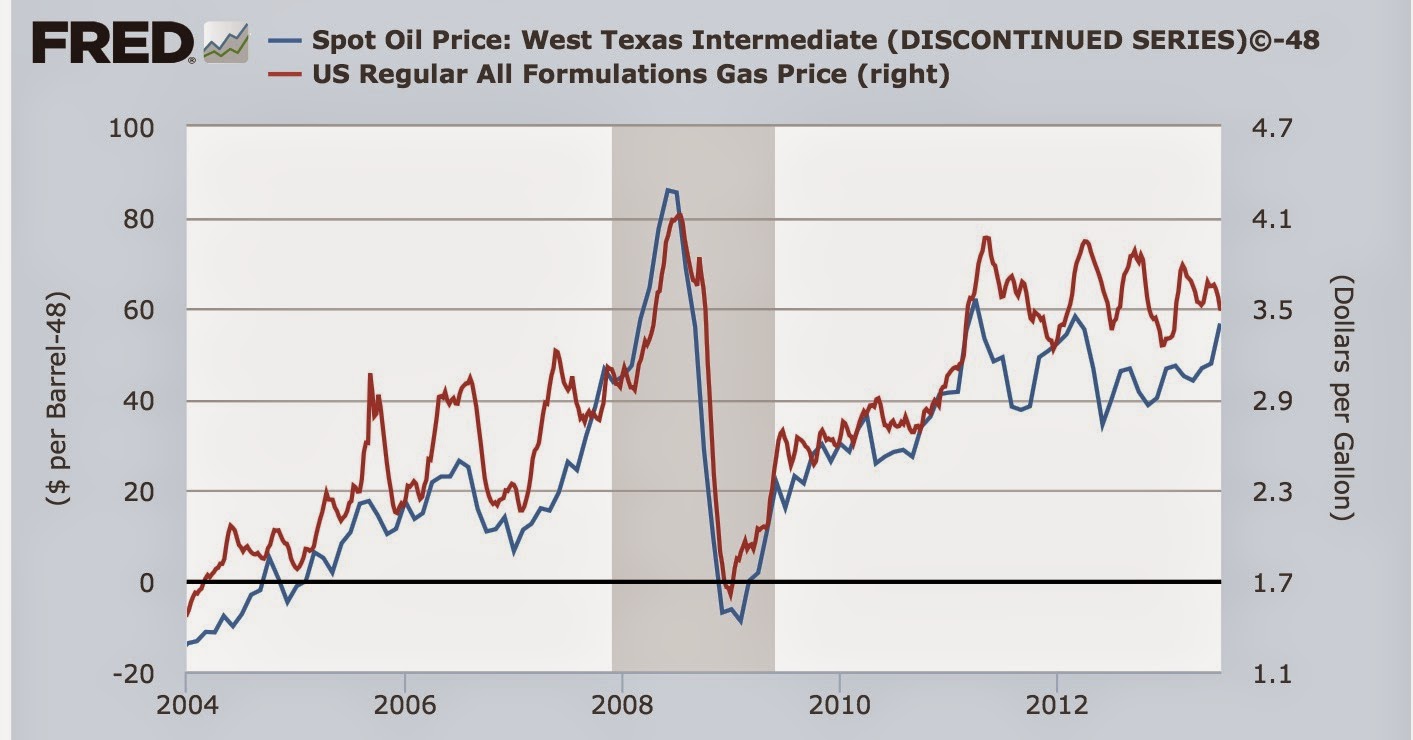 Since it takes a week or two for prices to filter through to the pump, it looks likely that there will be a further decline to about $2/gallon by late January.  The seasonal low is normally set by that time.

If my surmise is correct, then if we follow the patterns set previously at important declines, there will be a quick rebound of about $0.25 to $0.30/gallon, followed by a slower increase into late spring or early summer of about $0.90 to $1.25/gallon.  A good rough estimate is $1/gallon, which would put us at about $3/gallon sometime between early May to early July.