This is from GasBuddy:

Gas prices have fallen below $2.56 per gallon.  This is the lowest they have been in 5 years.

Here is an update of the price of a gallon of gas as a share of the average hourly wage: 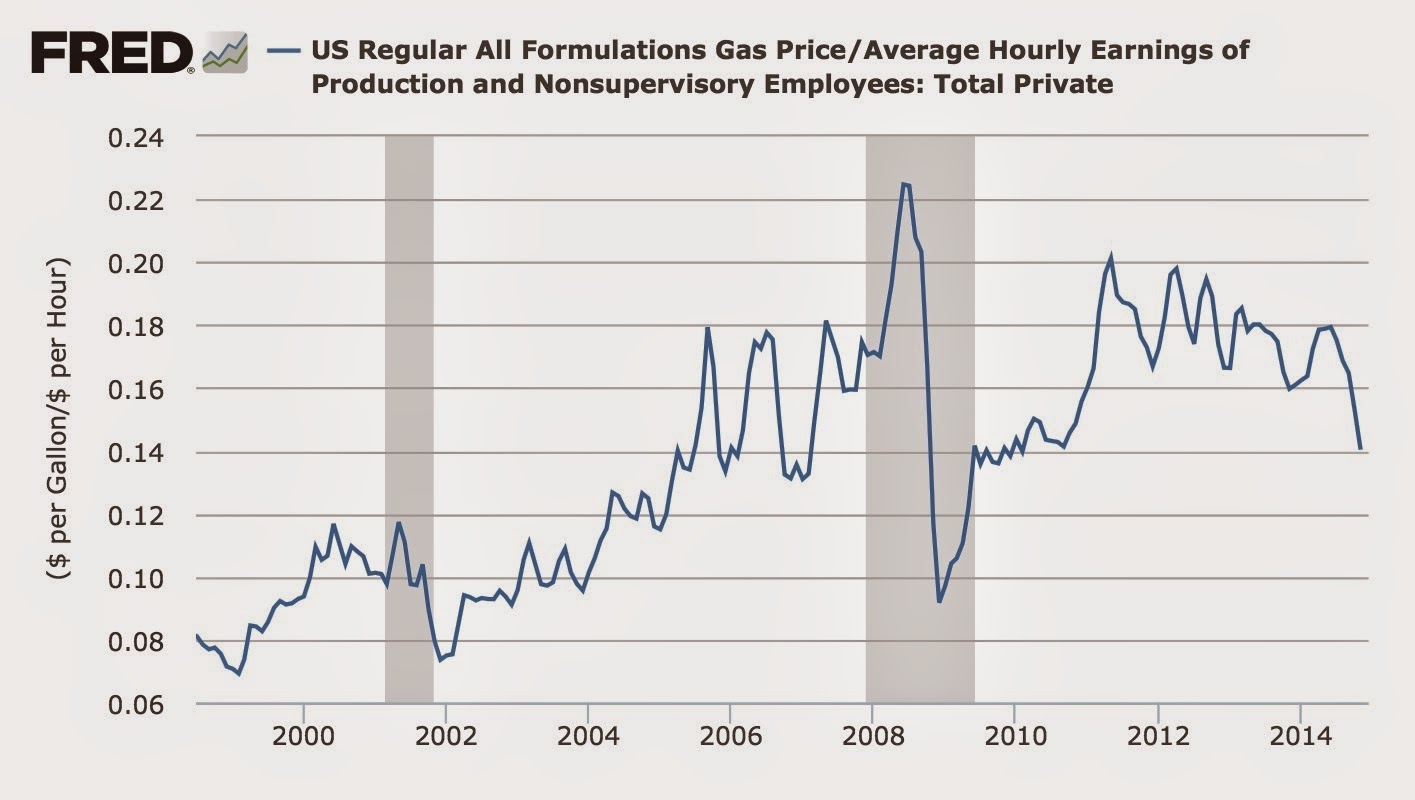 Note this is only through November. So far in December prices have plunge another 10%. "Real" gas prices could be at a 10 year low by the end of this month, and barely above their price at the turn of the Millennium.

There is evidence this is having a pronounced effect on living expenses on lower income households.  More on that in a post later this week.

Note:  As Jeff Miller points out, just as "the cure for high prices, is ... high prices," so low prices tend to "cure" themselves as well.  I do not claim any profound knowledge as to how long these relatively low prices for gas will last. To the extent there is a political, rather than economic, reason for the Saudis in particular not to cut back on production, then as soon as the political goal has been achieved, prices might rise again quickly.  On the other hand, to the extent the moves in price have an economic basis, then, just as it took from 2008 through 2014 for exploration, conservation, and alternative fuels to break through the "Oil choke collar," it may well take a similar amount of time for those forces to reverse.