Since the Federal Reserve engaged in QE, Powerline  blog has been one of many voices arguing inflation would result.  It hasn't: 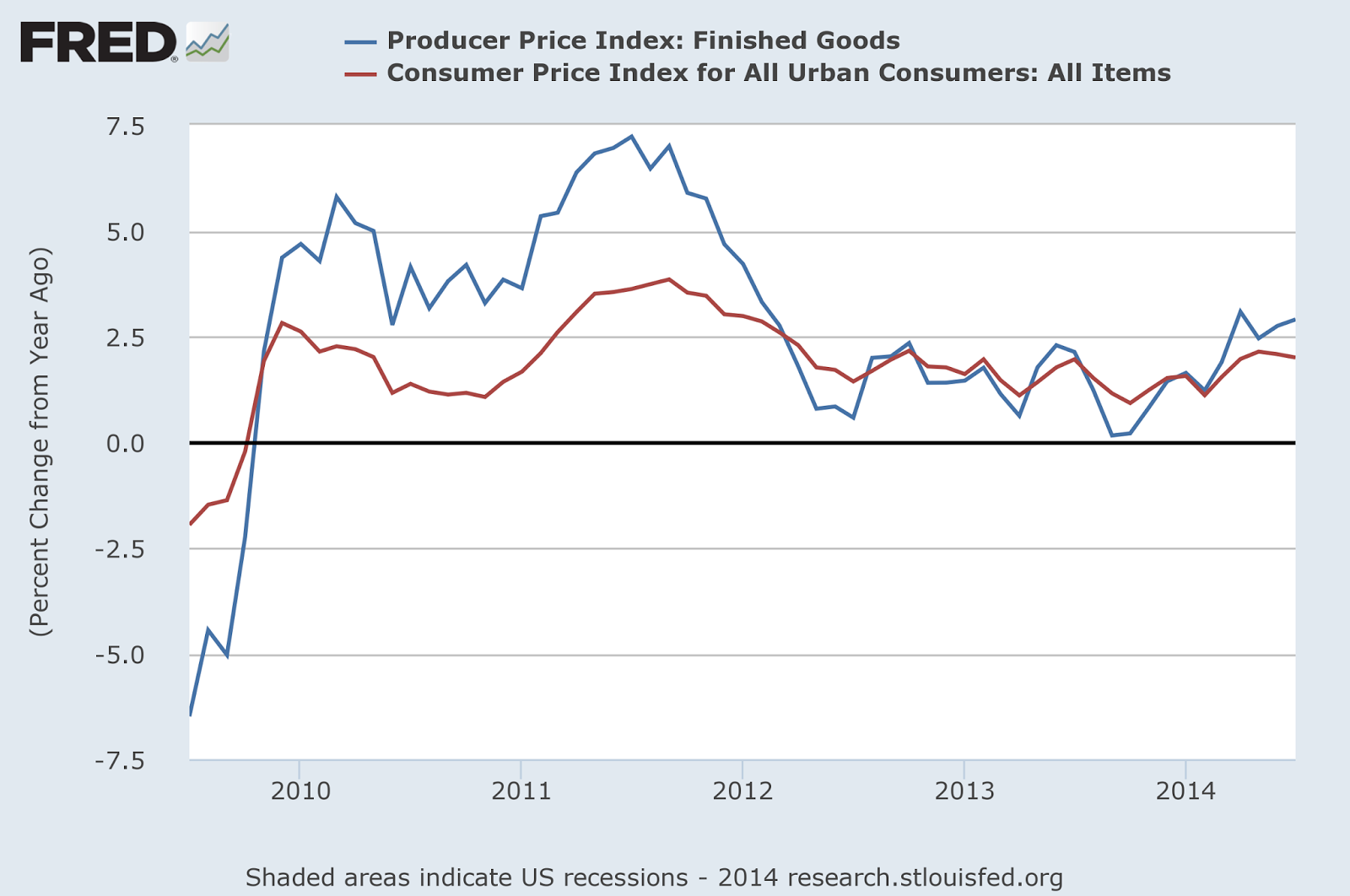 Bloomberg wrote an article about the Fed naysayers yesterday that included this calculation:

If you agreed with all the academics, billionaires and politicians who denounced Federal Reserve monetary policy since the financial crisis, you missed $1 trillion of investment returns from buying and holding U.S. Treasuries.

That’s how much the government bonds have earned for investors since the end of 2008, when the Fed dropped interest rates close to zero and embarked on the first of three rounds of debt purchases to resuscitate an economy crippled by the worst recession since the Great Depression.

The resilience of Treasuries represents a rebuke to the chorus of skeptics from Stanford University’s John Taylor to billionaire hedge fund manager Paul Singer and U.S. House Speaker John Boehner, who predicted the Fed’s unprecedented stimulus would lead to runaway inflation and spell doom for the bond market. It also suggests investors see few signs the five-year-old expansion will produce the kind of price pressures that would compel Fed Chair Janet Yellen to side with the central bank’s hawkish officials as they consider when to raise rates.

I wrote an email to Powerline Feedback yesterday:

The writers at Powerline have uniformly argued the Fed’s policy of quantitative easing would lead to massive inflationary pressure.

However, as pointed out in a recent Bloomberg article (see link below), if someone had followed this investment thesis (which would have led them to bet against the US Treasury Market) they would have lost a large amount of money.

Do you have any intention of issuing any type of “mea culpa” regarding your incorrect analysis?

F. Hale Stewart JD, LLM
They have yet to write anything in response.
Posted by Unknown at 10:31:00 AM