Many thanks to both Economists View and Professor Krugman for linking to this piece.  If you'd like to read my more serious economic articles, please go over to the XE.com Currency Blog where most of my work is posted now.

I love when John Hinderaker tries to take down Paul Krugman.  One of the participants has a Nobel Prize in economics; the other has been consistently wrong about the economy for the better part of 10 years.  (In case you're wondering, the "Krugman is a hypocrite" argument was debunked here.   As usual, a simply internet search would have revealed that, but Hinderaker was never big on research.)

So, when Hinderaker used a Venn diagram from another blog, I made one of my own.  As you may know, Hinderaker was a big proponent of the argument that the Fed's QE would lead to a massive spike in inflation.  As I recently noted, Bloomberg calculated the cost of investing based on this advice.  Based on their calculations, the "inflation is just around the corner" trade would have lost an investor over $1 trillion dollars.  In honor of that little bit of data, I made the following diagram to show just how incompetent Hinderaker is at economics: 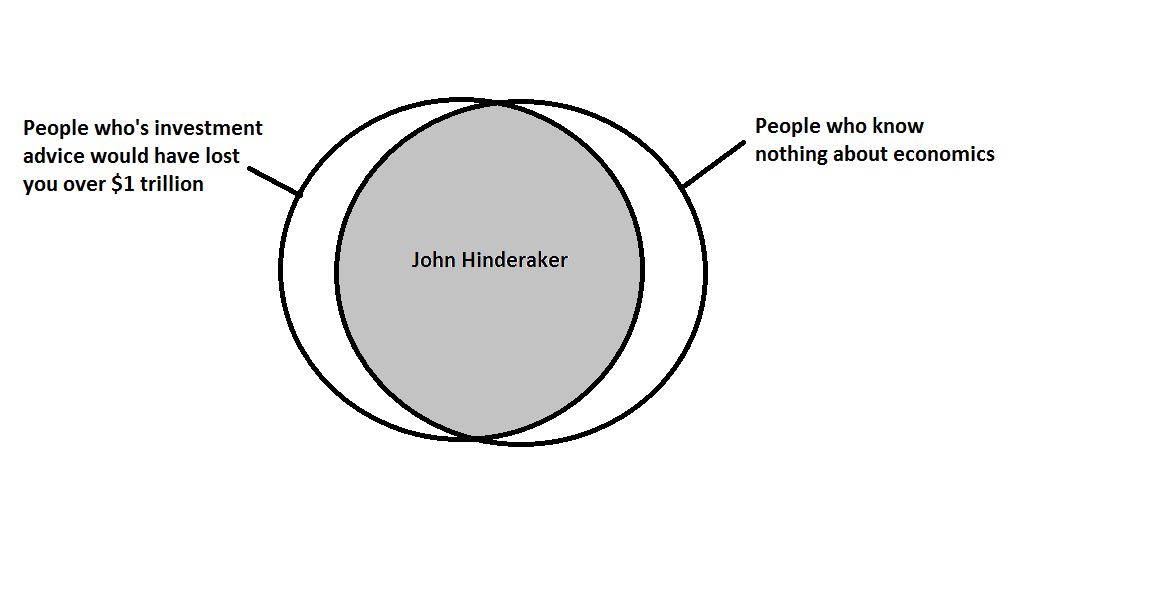