On September 3, 2009, John Hinderaker at Powerline wrote the following:

We’ll let it rest there: hyperinflation or default. One or the other is the inevitable result of the unprecedented irresponsibility of Barack Obama’s administration. Either one is a disaster, not so much for us, but for our children. Obama and his advisers are gambling, evidently, that we don’t care much what happens to our children and grandchildren, or to our country after we’re gone.

Yet today, we have this from Dr. Yardeni:

Since Mr. Hinderaker made his inflation prediction, global inflation has been tame to non-existent. (Invictus and I debunked this claim of hyperinflation when it was made.  See this article at the Huffington Post)
And the US default? 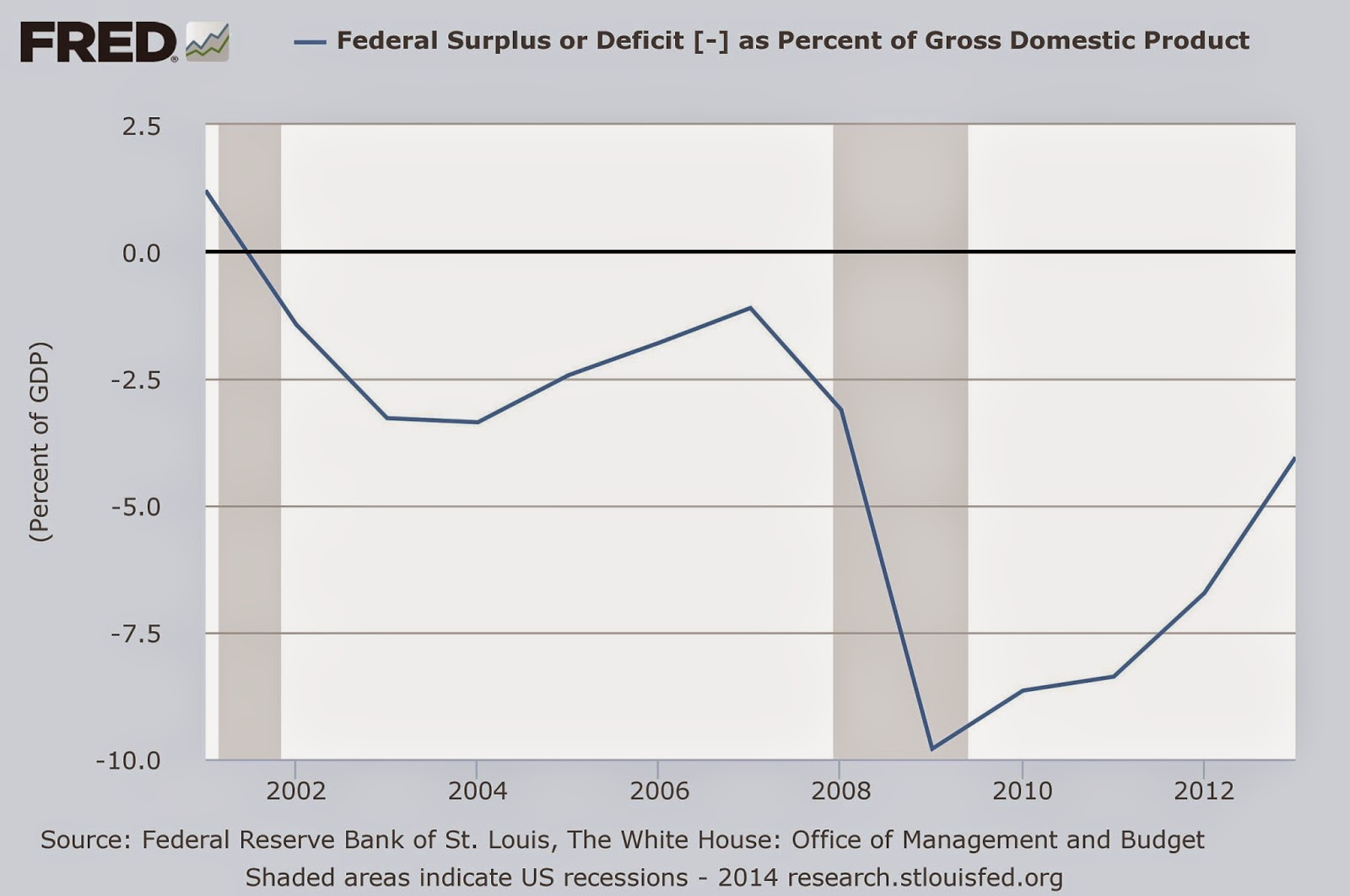 The budget gap is closing.
And then in 2010 he advised that you should buy gold:
This seems like a clue as to where the Obama administration intends to take the economy. If I’m not mistaken, Jimmy Carter did much the same thing: juice the currency, try to stimulate growth and worry about the inevitable inflation later. The problem, of course, is that the federal government’s policies are doing just about everything possible to suppress economic growth. Nothing the Fed can do will make up for an anti-growth, anti-business administration. But it can create inflation, and here’s betting it will. The moral of the story is, look for the dollar to decline sharply. Buy gold.
So -- how is that gold bet paying off?  According to today's Business Insider Gold Looks Like Death:
Remember gold?

We used to talk a lot about it around these parts, but we've pretty much stopped following it ever since the whole goldbug, Fed-hater thing got so thoroughly discredited.

Anyway, it's not looking so hot. In fact, it kind of looks like death.


And the dollar collapse: 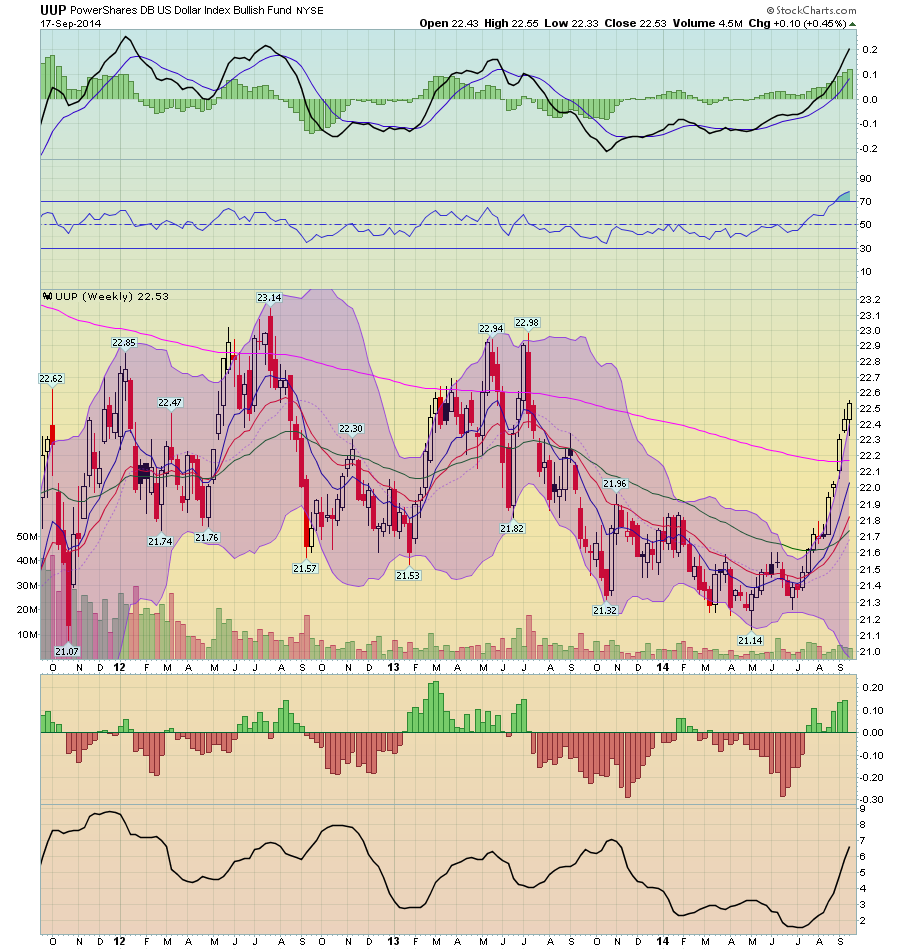 Here's the deal: Mr. Hinderaker has been a great contrary indicator for the past 5 years.   Whatever he says, DO THE OPPOSITE.  He's that bad
﻿
Posted by Unknown at 8:29:00 AM