GDP tanked when Medicare started, too

There was an interesting article by Floyd Norris in the New York Times today, describing how the horrible final first quarter GDP  report was because:


a single government survey produced highly dubious numbers.....the results of a quarterly survey of service providers. The survey, conducted by the Census Bureau, [of] 18,000 companies in 11 service industries....

There are some possible explanations. Many of those who signed up for private health insurance under the Affordable Care Act did not do so until March and did not become covered until April or May. It could make sense for such people to defer some health care until they were covered.

That may have been what happened in 1965, the other year when health care spending declined in a quarter. That occurred while Congress was passing the legislation that established Medicare, beginning in 1966. There were large increases in health care spending after Medicare went into effect. 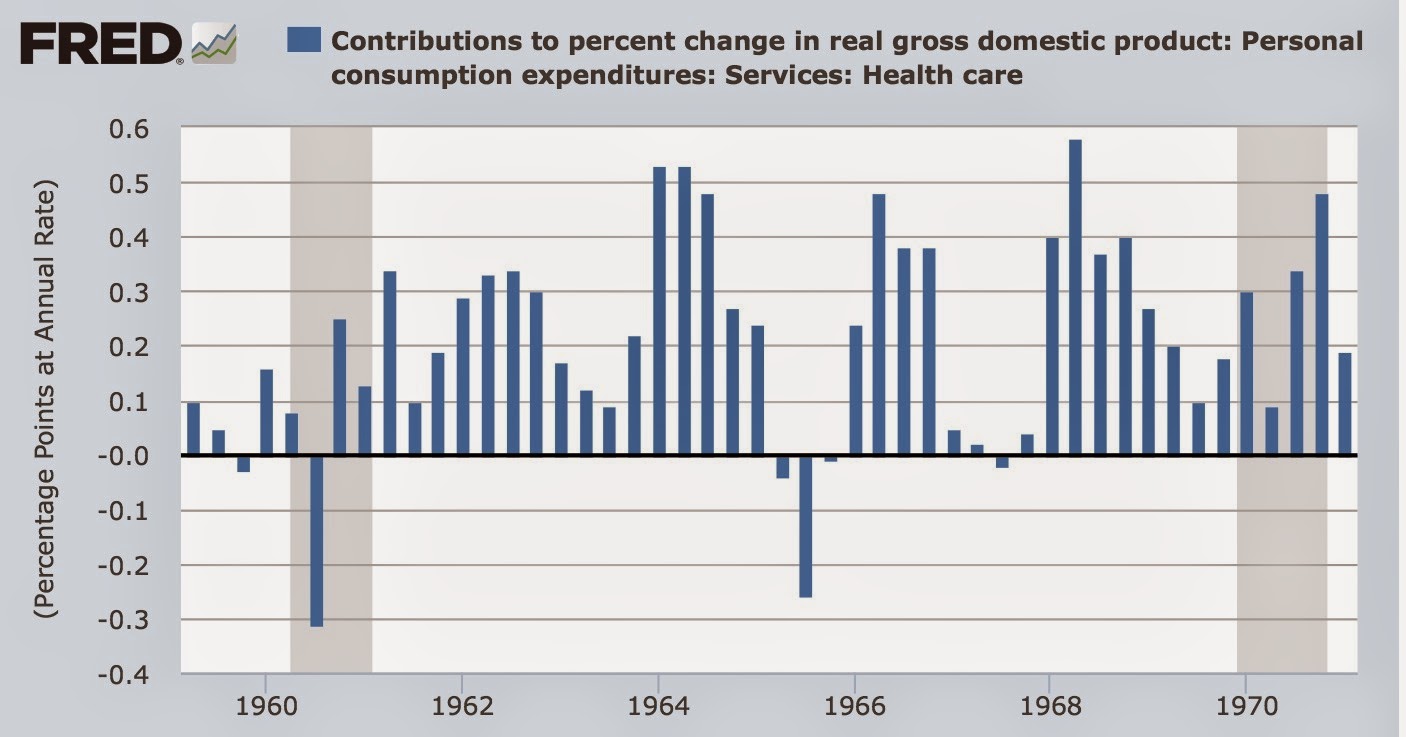 The report goes on to note that there is some evidence that weakness in health care spending carried over into the second quarter.  We'll start to see for real in a couple of weeks.
Posted by New Deal democrat at 1:01:00 PM