A recent post on Seeking Alpha detailed five reasons why the author didn't like Angie's list.  Two really stood out in my mind -- massive insider selling (never a good sign) and out of control expenses.  To satisfy my own curiosity, I took at look at the company's financials and agree with the author: Angie's List is not a company to invest in for the following reasons:
Let's start by looking at the company's liquidity position: 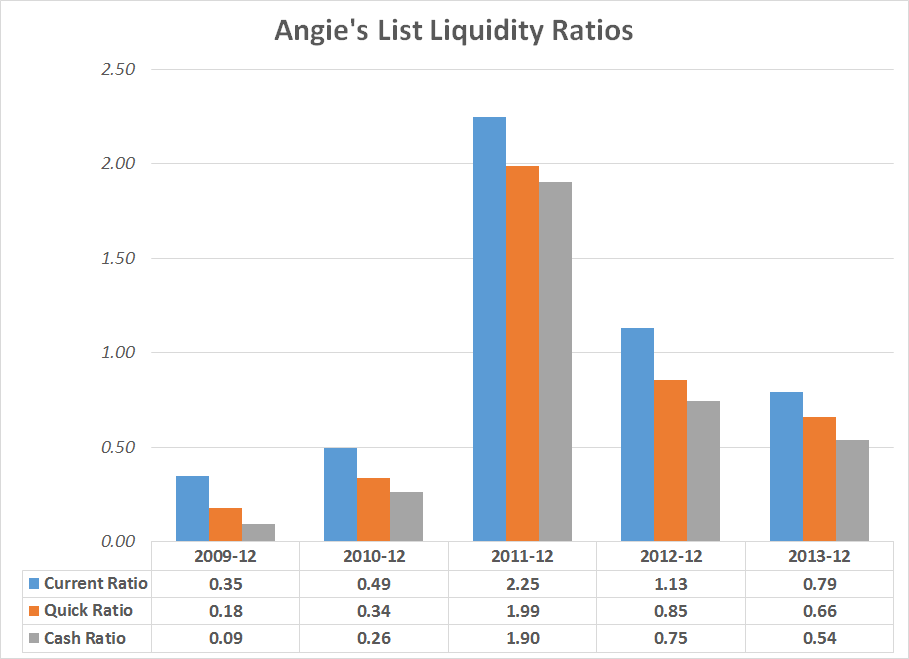 Above is a chart of AL's current, quick and cash ratio for the last five years.  In only one year -- 2011 -- the company had positive numbers.  In all others (save the positive current ratio in 2012) this ratio was below 1.  This tells us that, in the event the company had an extremely negative event that hit revenue, they had insufficient assets to cover liabilities.  And the numbers get worse when looking at their DIR: 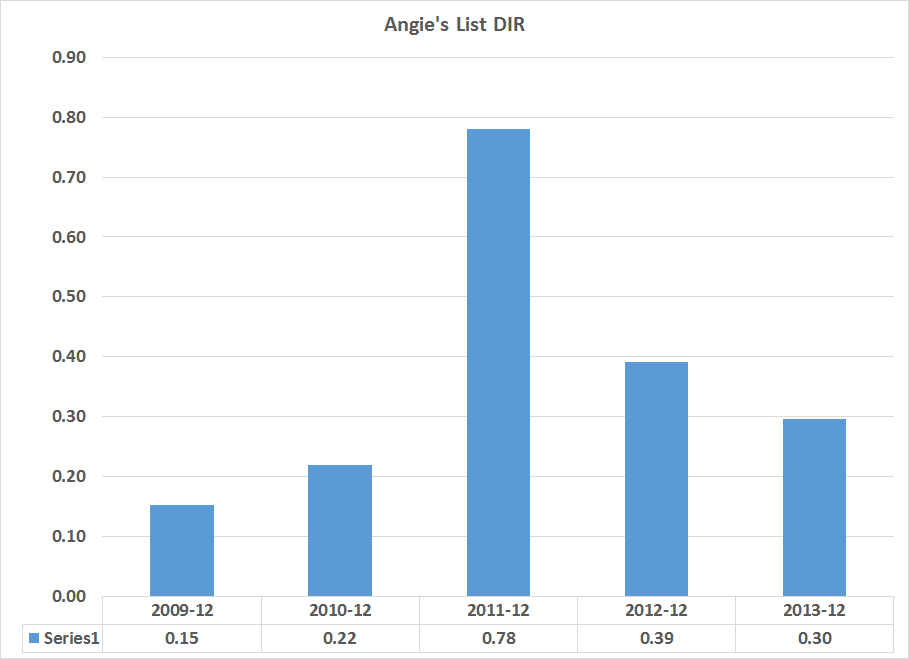 The DIR has never been above 1 in the last five years.  In fact, it's been below .4 80% of the time.  In the event all revenue stopped coming in, the company would be in very deep trouble very quickly. 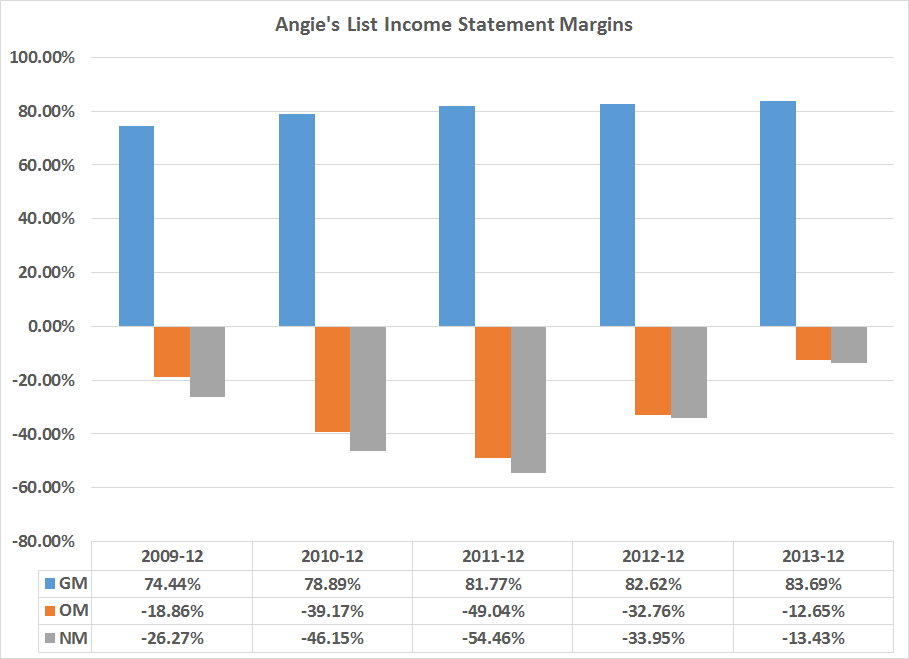 Turning to the company's margins, we see that they have never had a positive operating or net margin in the last five years.  And compounding that problem is the out of control expenses: 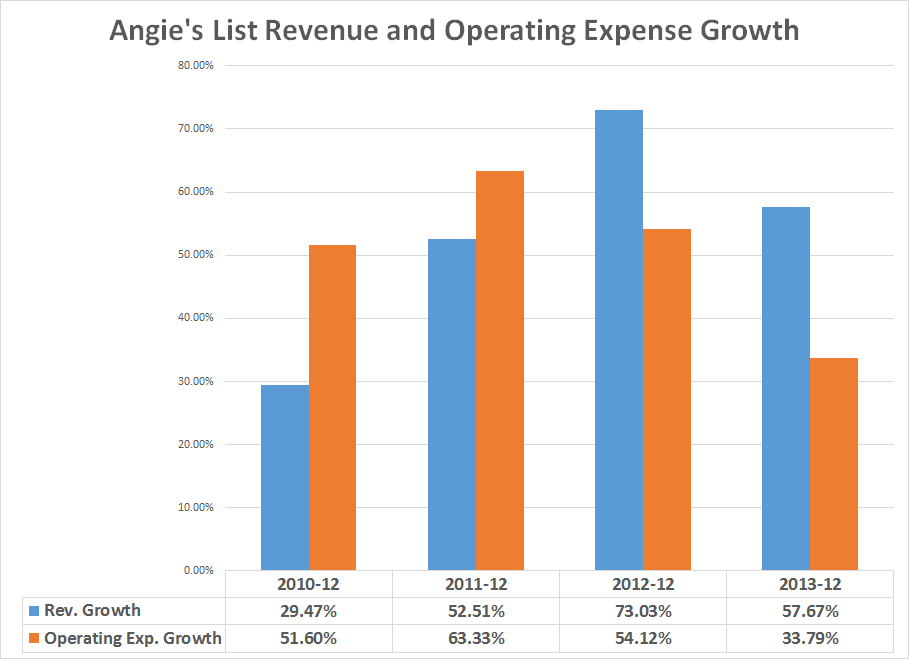 An argument could be made that my observations are based more on looking at Angie's List through the eyes of someone who prefers more established company financials rather than growth company financials.  This is a valid criticism.  However, the above financials are a total wreck; should growth slow, the company would face a cash shortfall quickly.  And given their poor net income situation, financing would be difficult to obtain on favorable terms.  The first metric a bank or credit analyst would look at is their liquidity ratios, and they would not like what they saw.

And, to top it off, the insiders are dumping the stock.  That's a terrible sign; if there's anybody who should know the company, it's the people running it.  And they're leaving the stock as fast as they can.

The bottom line is clear: Angie's List is not well run.  And the insiders obviously agree with that as they're getting out of the stock as fast as they can.