This is the second installment in my look at how low vs. high paying jobs have recovered in past recessions. My hypothesis is that the typical pattern in recoveries is that low wage jobs recover faster than high wage jobs.  Thus, earlier in a recovery it will be the case that the economy seems to be producing only low wage jobs.  Since most post-World War 2 recoveries restored all jobs relatively quickly, the pattern was not long-lasting.  This recovery, however, is from a much deeper hole and is taking much longer, so the period in which it is producing mainly low wage jobs is taking longer and has been profoundly noticed.   In this installment I am comparing high-paying manufacturing jobs with low paying retail jobs.

This comparison is a special challenge, since manufacturing employment reached its peak in 1979,  and has trended downward ever since.  So, while I can look at recessions through 1974 as I did with construction jobs, measuring the month at which the respective category of jobs exceeded its prior peak of employment, it is impossible to do so for recessions beginning in 1979.

What we find is that, for every single job recovery since World War 2, up until 1980, retail jobs regained their prior peak before manufacturing jobs, in one case by over a decade! All but one such lag were at least by almost 2 years.

In the later recessions as to which we must measure by the first derivative of YoY growth, in all cases but one, including the current expansion, the rate of manufacturing job growth peaked in advance of that of the rate of retail job growth.  As the below graph shows, in 5 of the 7 pre-1980 recessions, the YoY increase in manufacturing jobs also peaked first: 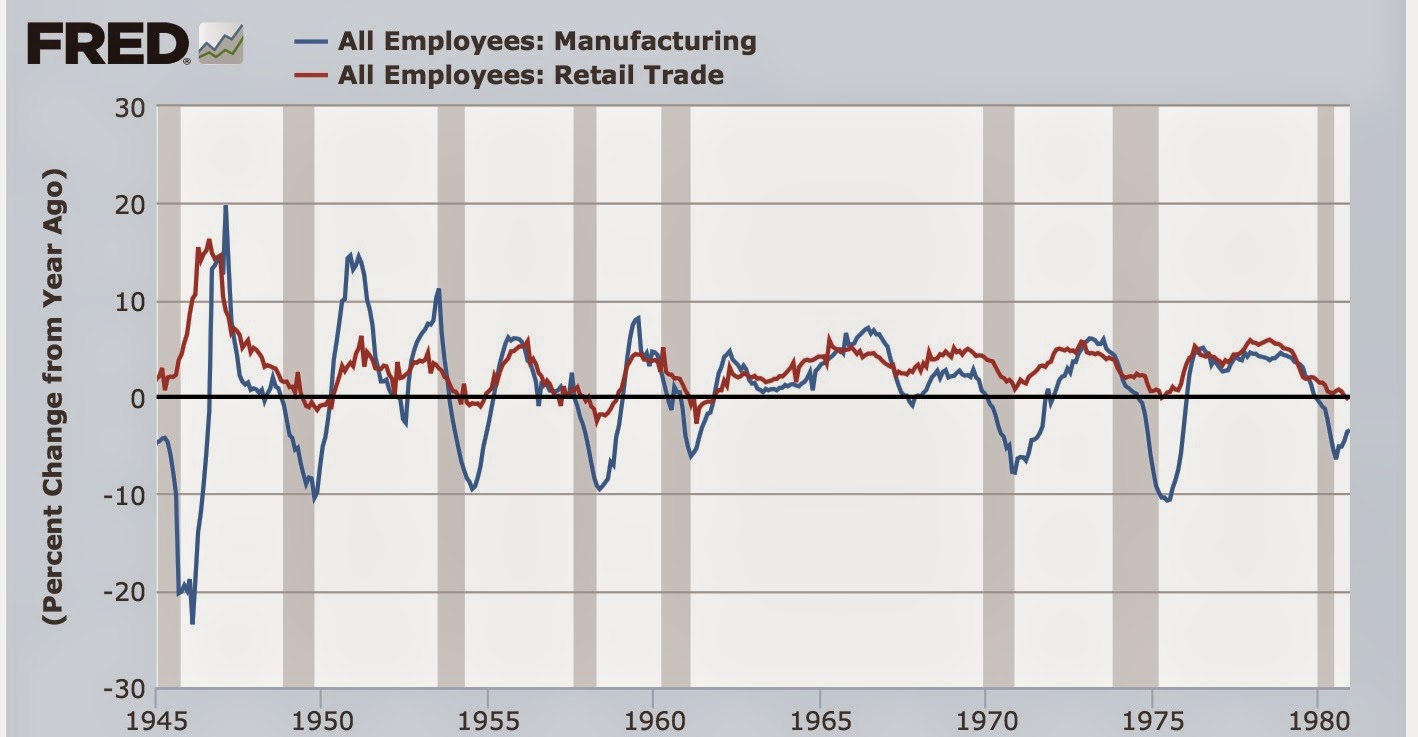 In summary, in manufacturing as with construction, this economic expansion is no different from most other post- World War 2 expansions. And in all cases where we can make a direct absolute measure, low paying retail jobs fully recovered before manufacturing jobs did so.
Posted by New Deal democrat at 11:00:00 AM