Short Term Top For the TLTs? 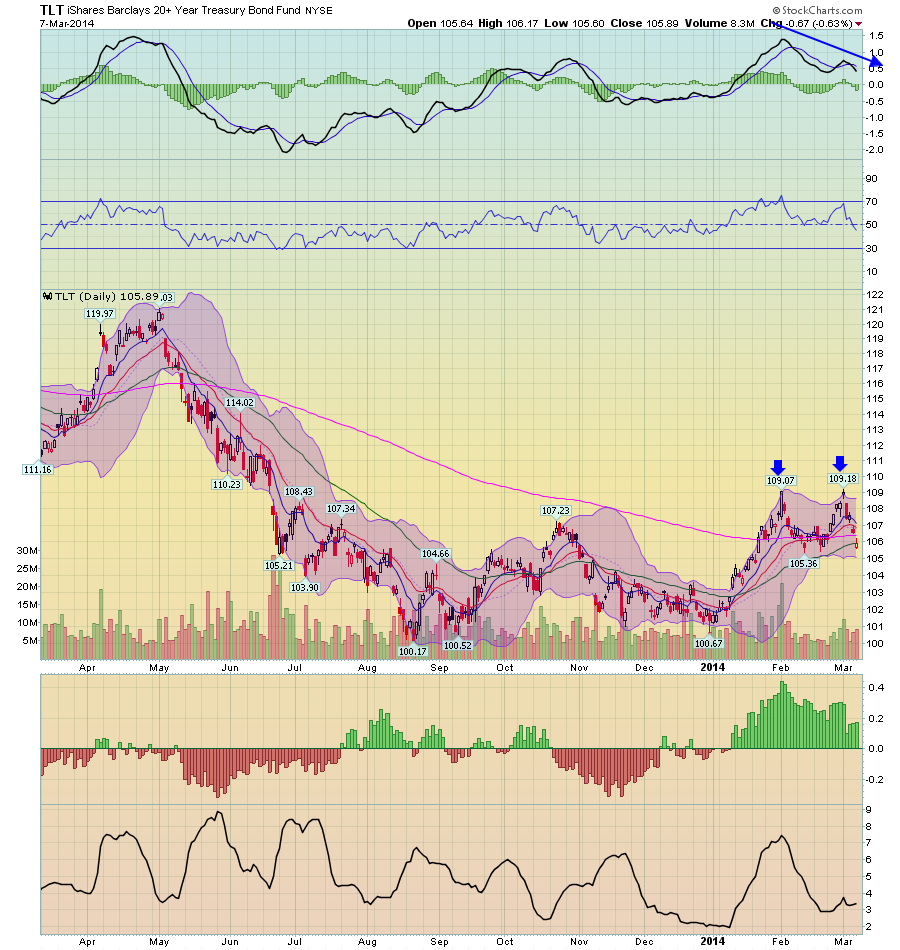 Above is a chart of the TLTs -- the ETF that tracks the long end of the bond market.  The chart has hit the lower 109 level twice in February; the first top occurred in early February at the 109.07 and the second occurred in late February/early March at the 109.18 level.  Also note that volume spiked on the first top, but was much weaker on the second.  Finally we have a declining MACD, telling us that momentum is declining.