Are Traders Beginning to Question the Japanese Rebound? 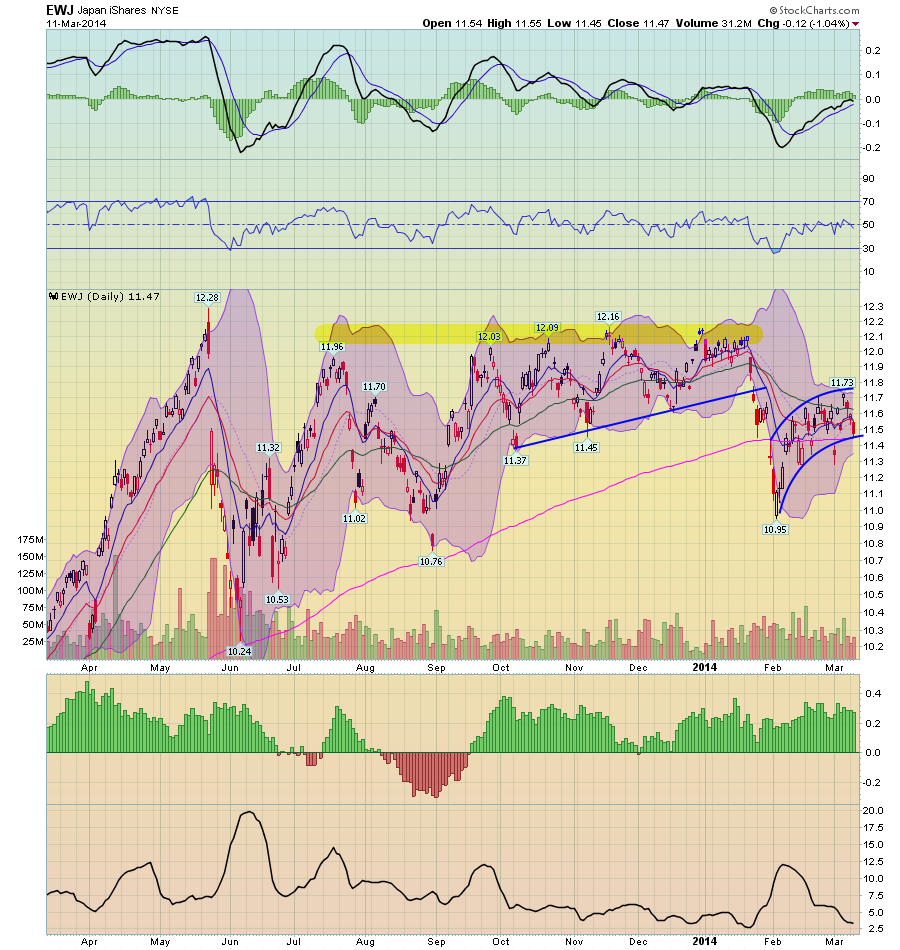 Above is a chart of the Japanese ETF.  For the last year, the equity has had a very difficult time getting past the lower 12s.  Notice the sharp rally in April and May of last year which was rebuffed at 12.28.  Then for the rest of the year the ETF formed a rising wedge pattern with prices hitting resistance in the lower 12s on 5 occasions, with the 5th lasting for half of January.  But notice that as that was occurring, momentum (the MACD) was declining.  At the beginning of February prices dropped sharply, falling below the 200 day EMA.  Now prices are above that bull/bear demarcation line but are losing upward momentum again.
Posted by Unknown at 7:39:00 AM