This morning the final monthly report on housing, pending home sales, was reported by the NAR.  The index was up 0.1% m/m from December, but down -9.4 YoY: 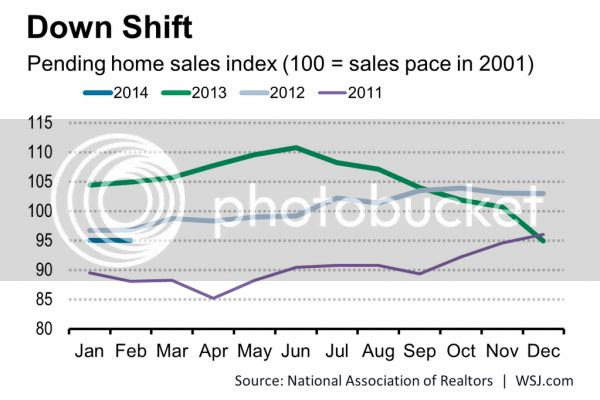 (graph from Wall Street Journal
So, with January 2014 in the books, how do we stand?  Below are two graphs. 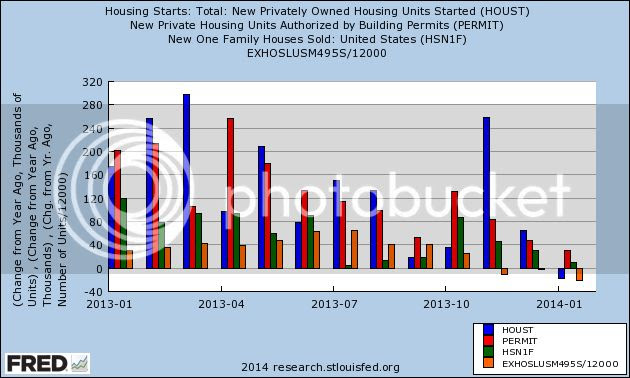 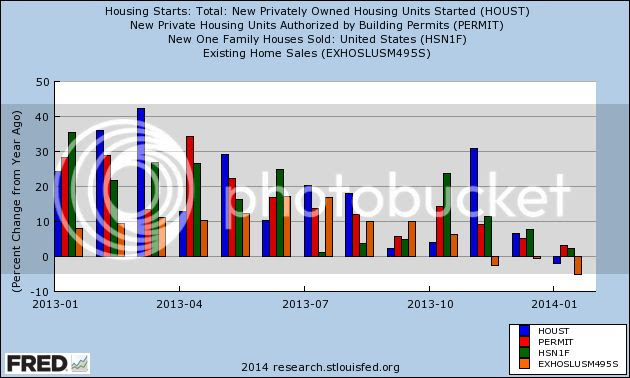 Both of these graphs show the clear deceleration in the housing market over the course of 2013, to the point where 3 of the 5 monthly reports have turned negative YoY.  The strongest metric is new home sales, which while only up 2% YoY, in January rose to the highest level in over 5 years.

Bill's forecast of 20% annual growth will take a real reversal of momentum, although there are some individual months where there are some easy YoY comparisons.  Obviously I am expecting some further deterioration, concentrated between now and mid-year.