About That "Exploding Government" Thing

Over the last few weeks one of the most common refrains from the idiots who got us in this mess (teaparty, reality denying jackasses) is the takeover of America by an exploding federal government.  Unfortunately, that just isn't the case. 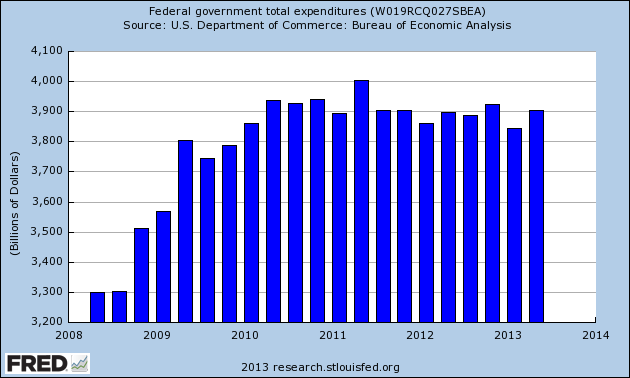 Total federal expenditures have in fact been remarkably stable over the last 4 years. When we look at a longer time series of total federal spending to GDP, we get this: 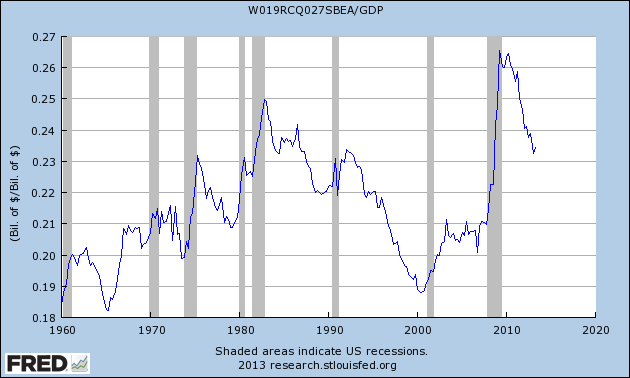 First, in the above graph notice the largest percentage of government spending/GDP figure we get is about 26%, and that was in response to the worst recession since the Great Depression.  This is standard economic policy 101, and if you don't like it, please re-read Samuelson's Economics textbook (now in its 18th Edition, I believe).  Also note the quick decline we see after that event, indicating the high level of spending relative to GDP most obviously did not continue.  In short, we did engage in extraordinary measures -- but in response to an economic meltdown caused by a freezing of the financial sector, literally forcing us into bold action.  And, what we did is part and parcel of basic economic thinking. 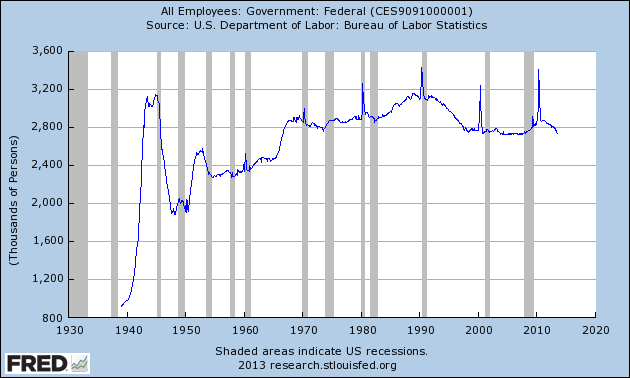 Bottom line: there is no takeover by the federal government.

I realize the above uses charts and data, which are anathema to your way of arguing.  However, please make an effort to try to learn basic logic and methods of supporting an argument in the future.